MILWAUKEE - A northern Georgia man was indicted by a federal grand jury for allegedly threatening to kill Kenosha County law enforcement and elected officials during the height of the unrest following the shooting of Jacob Blake by a Kenosha police officer in August 2020.

According to the indictment, Cao allegedly sent three emails to "D.M.", Beth and Antaramian over a three day span beginning on Aug. 27, 2020 – days after the Aug. 23 shooting of Blake, who is Black, by Kenosha Police Officer Rusten Sheskey, who is white, during a domestic incident.

Blake was left paralyzed from the waist down. The shooting prompted days of protests and nights of unrest, including the shooting of three people by an Illinois teen that left two dead.

On Aug. 27, court filings say Cao sent an email to "D.M." saying: "I will put 7 bullets in your head! This Sunday morning 9 AM. Write a will now before you die!" Filings do not say who "D.M." is. However, Daniel Miskinis was the Kenosha police chief at the time and found himself in the spotlight after the Blake shooting. Miskinis retired in 2021 after nearly 25 years with the department. Messages left with Kenosha Police went unreturned.

Two days later, on Aug. 29, court documents say Cao allegedly sent an email to Beth saying: "I will kill your wife first and then kill you tomorrow 1 p.m. at your house" (sic). Filings also do not say who the threat was directed to, but list the initials of "D.B." Beth declined to comment about the threats when contacted by FOX6 News.

Also on Aug. 29, Cao allegedly sent a third threat to Kenosha Mayor John Antaramian, erroneously calling for the mayor to fire the county sheriff, saying: "If you don’t fire David Beth, I will put 7 bullets in your head in front of your family. Deadline: August 31, 12 p.m. EST. If not, you will not see the sunlight in September" (sic). Antaramian declined to comment. 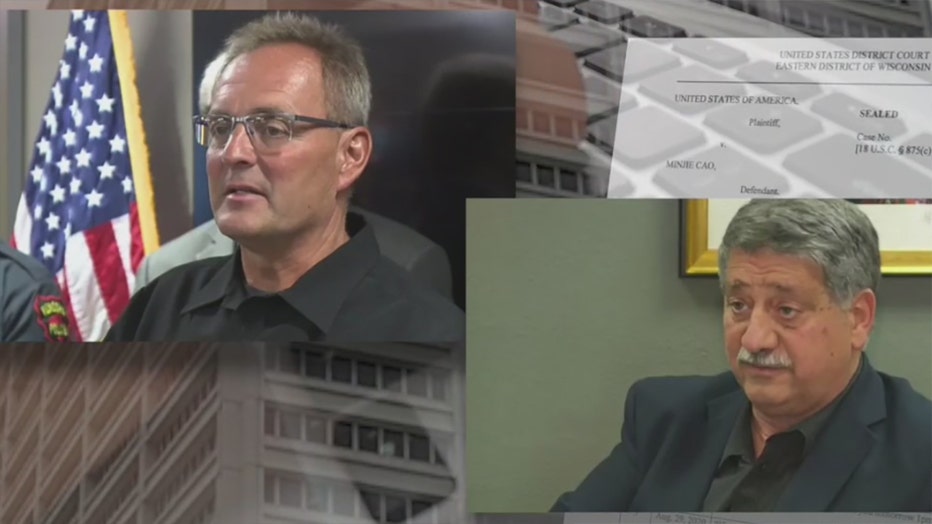 Messages left for attorneys representing Miskinis, Beth and Antaramian in a civil case related to the events in Kenosha went unreturned.

The indictment was filed and an arrest warrant was issued in early September 2021. However, the case was not unsealed until Thursday, Oct. 7.

Cao, 26, was arrested and made an initial appearance before a magistrate judge in the northern district of Georgia on Oct. 7. Judge Catherine Salinas set a $10,000 signature bond and ordered Cao to surrender his passport within seven days. 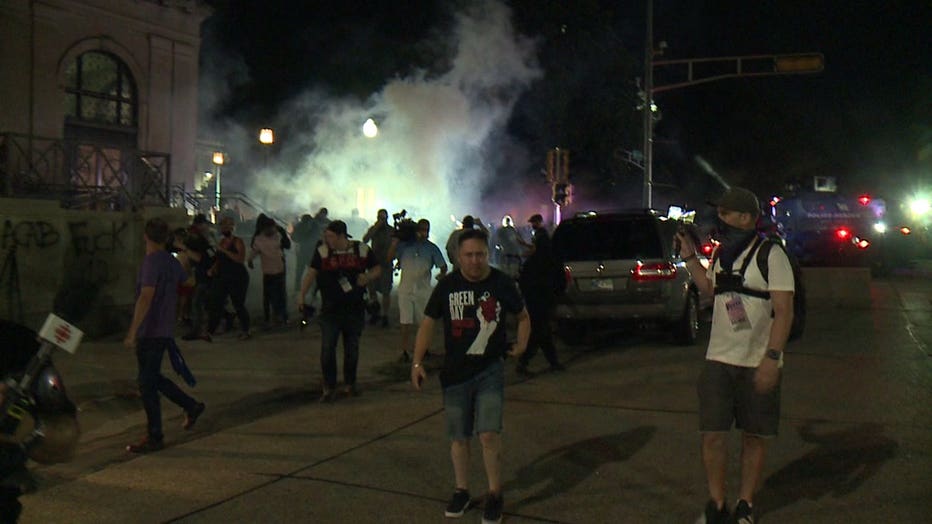 Cao was surprised when a reporter reached him by phone Tuesday, Oct. 12. He said was still trying to secure representation and declined to comment about the charges. No defense attorney is listed in the Wisconsin case, according to online court records. An email to a federal public defender assigned to the case in Georgia went unreturned.

Last week, federal prosecutors announced charges would not be filed against Sheskey, saying there’s not enough evidence to prove he used excessive force or violated Blake’s civil rights. In January, state prosecutors also decided to not file charges against Sheskey after video showed Blake armed with a knife.

The case against Cao is the latest in a string of federal cases charging people in connection to the August 2020 events in Kenosha, including arson and weapons cases.

If convicted, Cao faces a maximum of five years in prison and up to a $250,000 fine. He is scheduled to appear before a Milwaukee federal judge by video for an arraignment and plea hearing next week.