Residents of the majority-white southeast corner of Baton Rouge want to make their own city, complete with its own schools, breaking away from the majority-black parts of town. 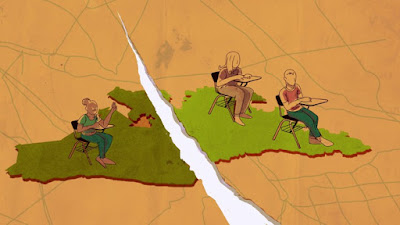 The fight began with little subtlety. White, wealthy parents in the southeastern corner of East Baton Rouge Parish, Louisiana, an area known as St. George, wanted their own school district. They argued that the schools in East Baton Rouge were routinely named as among the lowest performing in the state, and were unlikely to improve any time soon. So, in 2012, some of those parents went to the state legislature with a proposal: Create what would be called the Southeast Community School District.
The legislature shot it down. The parents needed a two-thirds majority for the creation of a school district, and they couldn’t marshal the votes. A similar push in 2013 was rebuffed as well.
The organizers were discouraged, but undeterred. They needed a new strategy—and they didn’t have to look far. In 2005, a nearby community, Central, was unable to gather support for a school district from the legislature, so it incorporated as a new city. That helped it gain legislative approval to create its own school district, Central Community Schools, which opened its doors in 2007. The St. George supporters launched a petition drive and, in August 2013, registered a new website: StGeorgeLouisiana.com. They would try to create their own city.


A pattern has emerged over the past two decades: White, wealthy communities have been separating from their city’s school districts to form their own. According to a recent report from EdBuild, a nonprofit focused on public-school funding, 73 communities have split to form their own school districts since 2000, and the rate of places doing so has rapidly accelerated in the past two years. St. George, which activists seek to incorporate as a city, is a textbook example.

Read more: https://www.theatlantic.com/education/archive/2019/05/resegregation-baton-rouge-public-schools/589381/?utm_source=pocket-newtab
Posted by Clint Teeters at 3:46 AM