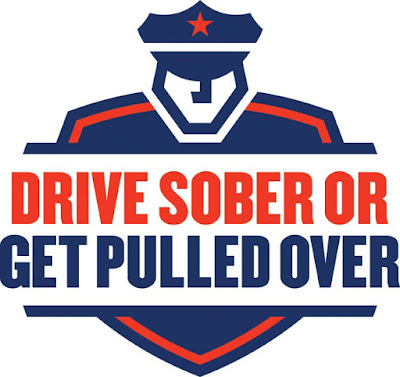 RACINE COUNTY — This past Friday marked the beginning of the annual Drive Sober or Get Pulled Over holiday campaign, and the Racine County Sheriff's Office reported that 12 impaired drivers were arrested throughout the county during the campaign's inaugural weekend.
Among those arrested this weekend was a fourth offense felony OWI, the Sheriff's Office reported.
During the campaign, which continues through Jan. 1, law enforcement agencies throughout Wisconsin, including the Sheriff's Office, patrol in greater number for longer hours.
"We know that historically, the holiday season can quickly turn tragic, especially when someone makes the dangerous and irresponsible decision to drive impaired," the Sheriff's Office said. "Needless crashes devastate families and ruin holidays."
The Sheriff's Office noted that not all of the impaired driving arrests were for alcohol, but also for drugs. "We are facing the challenges with drugged drivers — people whose ability to safely operate a motor vehicle is compromised by illegal drugs, prescription and over the counter medications," the Sheriff's Office said.
One of the 12 peopled arrested this weekend was suspected of using heroin and was in possession of cocaine at the time of the stop.
"We are committed to keeping our roadways safe by using deputies who are trained in Advanced Roadside Impaired Driving Enforcement, as well as some deputies who are highly trained drug recognition experts," the Sheriff's Office said.
As the holiday season approaches, the Racine County Sheriff's Office is asking that drivers travel the roads safely and responsibly.
"Never allow someone to drive impaired," the Sheriff's Office said. "If you encounter a driver you suspect is impaired, safely call 911 and provide as much detail as you can. Protect yourself and your passengers by buckling up, watch your speed and eliminate distractions.
From: https://journaltimes.com/news/local/crime-and-courts/racine-co-sheriff-s-office-impaired-driving-arrests-made-over/article_56123697-722e-53f1-92ca-d12c2d3f8334.html#tracking-source=home-the-latest
Posted by OrbsCorbs at 9:30 AM