The Shorewood woman accused of spitting on a Black teenager wants to meet with the victim to apologize, attorney says

Stephanie Rapkin (Photo: Milwaukee Sheriff's Office)
The 64-year-old Shorewood woman seen on video spitting on a Black teenager at a protest and shoving a 21-year-old man outside her home wants to meet with the two victims to apologize, according to her attorney.
Stephanie Rapkin has been charged with disorderly conduct, along with a hate crime enhancer that raises the maximum penalty to a year in jail and a $10,000 fine after prosecutors say she spat on Eric Patrick Lucas III, a 17-year-old Black student at Shorewood High School.
In her initial court appearance on Thursday, Rapkin’s attorney, Jason Luczak, said he intends to file a motion to dismiss the hate crime enhancer, which requires prosecutors to prove she was racially motivated in the spitting incident.
Judge David Feiss entered a not guilty plea for Rapkin, but said he would preserve her right to challenge the hate crime enhancer in front of Judge David Hansher, who is assigned to the case.
Rapkin, who practices as an estate planning and probate attorney in Mequon, has also been charged with battery to a law enforcement officer after prosecutors say she kneed Shorewood police officer Ali Govani in the groin when he attempted to arrest her for shoving 21-year-old Joe Friedman on the sidewalk in front of her house on June 7.
Battery to a law enforcement officer carries a maximum penalty of three years in prison, plus three years of extended supervision.
No charges have been filed against Rapkin for shoving Friedman, a college student who was writing chalk messages on her sidewalk. According to video, Rapkin pushed Friedman’s chest to illustrate how she says Lucas pushed her and made her feel threatened during the protest on Oakland Avenue the day prior.
There is no video evidence to suggest Lucas touched Rapkin.
Luczak said Rapkin is interested in meeting with Lucas and Friedman to discuss the incidents and apologize as a means of restorative justice.
Lucas’ attorney, Matthew Pinix, and Friedman’s attorney, Michael Maistelman, said they would talk with their clients to see if a meeting with Rapkin interests them.
After the hearing, Friedman issued a statement that said he would sit down with Rapkin if it furthers his goal of educating the public about the need to address systemic racism in the U.S., but he would be reluctant to meet with her if it's "just a publicity stunt."
Pinix said in a statement he was happy to hear that Rapkin wants to apologize, even if it took criminal prosecution to do so.
"I’d tell Ms. Rapkin what I tell my children: 'Saying you’re sorry is the first step. Learning to change so that you don’t do it again comes next,' " he said. "I think that latter bit may be the harder part for Ms. Rapkin; actions speak louder than words."
Feiss also granted Lucas’ request for a no-contact order against Rapkin. The order included an exception for any potential restorative justice program that may occur.
Cash bail is set at $5,000. Rapkin had already posted $10,950 in bail, so she will receive back the remaining $5,950 she had previously posted.
A preliminary hearing is scheduled for July 24. 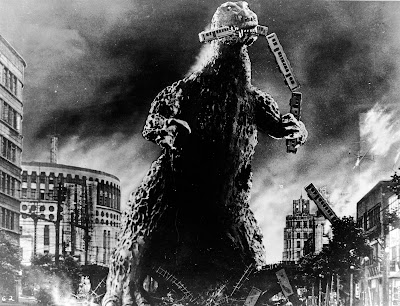