Elizabeth 'Bo' Black, 74, guided Summerfest in its early years and helped make it an international juggernaut 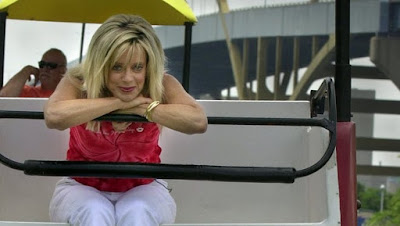 She was Milwaukee's one and only, the irrepressible, unconquerable Elizabeth "Bo" Black.
Black presided over Summerfest, taking it from a local extravaganza to an international juggernaut, giving Milwaukee something out of the ordinary, a glitzy, gotta-be-there event that lured the biggest names in music.
"She was a pistol, pal, she was a pistol," said her husband of 20 years, former Milwaukee Brewers manager Tom Trebelhorn.
Black, who had been in declining health for several years and was in hospice care in recent days, died Friday morning at her home in Scottsdale, Arizona.
She was 74.
"I think she was ready to go," Trebelhorn said.
Trebelhorn said Black will be long remembered for her influence in building up Summerfest.
He called her "a dynamic administrator of probably the greatest family neighborhood venue in the history of the Midwest. She provided terrific entertainment at a reasonable cost. She loved the ethnic festivals, celebrated the diversity of the city."
Read more: https://www.jsonline.com/story/news/2020/07/24/bo-black-milwaukee-summerfest-former-executive-director-died-friday/5508040002/
Posted by OrbsCorbs at 6:34 AM