Wisconsin AG calls for all law enforcement agencies to have body cameras, doesn't back defunding police 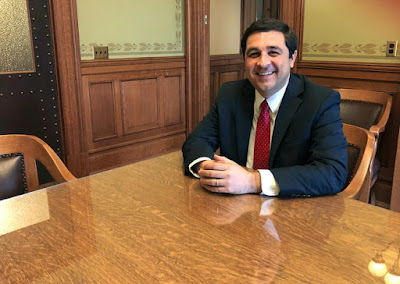 MADISON - The Wisconsin attorney general is calling for all law enforcement agencies in the state to have body cameras, though funding the effort could be complicated.
There have been renewed calls for the technology in light of the death of George Floyd in Minneapolis and the protests of police brutality that have swept the country.
"I would like to see the state work to help support the purchase of bodycams for agencies that don't have them," Democratic Attorney General Josh Kaul said in an interview with the Journal Sentinel. "The idea of having them for everybody makes sense to me, (but) the trouble of a mandate is you've got to make sure there's a way to fund it."
Kaul, the highest-ranking law enforcement officer in the state, said he supports the Black Lives Matters protests but doesn't agree with defunding the police, as some have sought. Kaul said he wants to see more investments in social services without cutting police budgets.
Many law enforcement agencies already have cameras, but their use is not consistent across the state. For example, according to interim Madison Police Chief Vic Wahl, the department only uses body cameras in certain circumstances, like for tactical operations.
The Milwaukee Police Department outfitted all patrol officers with bodycams in 2016.
Finding the money is essential because the expense of the technology can add up.
Read more: https://www.jsonline.com/story/news/politics/2020/07/13/josh-kaul-says-all-wisconsin-police-agencies-should-have-body-cameras/5411833002/
Posted by OrbsCorbs at 8:14 AM