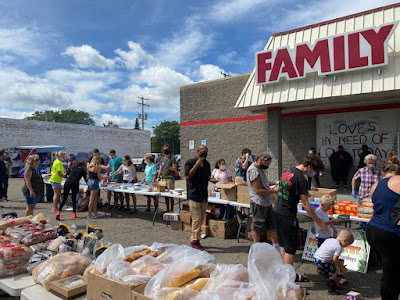 KENOSHA — The only building left undamaged on the west side of the 6100 block of 22nd Avenue in Uptown is Kingdom Word Global Impact Ministries, a storefront church in what used to be a Salvation Army store. That building became the center for community on Saturday.

All items were donated by people in the community. Volunteers stood behind tables serving food and handing out supplies. A local Culver’s set up a booth and gave out free frozen custard as well.

On that same block, a free BBQ event took place Saturday, intended for people recovering from the past week’s events.

Kingdom Word Pastor David Montgomery helped coordinate the event, which he said was a success: “I think we are achieving our objective, Kingdom Word’s and God’s Kitchen’s … we’re becoming a distribution center for the Uptown area and we’re definitely getting a lot of love from the community.”

Uptown was the center of rioting and fires on Monday, with the west side of 22nd Avenue from 61st Street south to Roosevelt Road burning.

People began dropping off donations the day after the fire.

This was the fourth day of helping those who needed it, Montgomery said. “It started small, and today it’s just gotten to the point where it’s just large. They (people of Uptown) need the help. It was already an impoverished area anyway.”

Arnetta Griffin is a member of the church and has been providing meals and supplies for homeless people and others in need in the Uptown neighborhood for the past three years through God’s Kitchen of Kenosha.

Montgomery said people often have to gather their mindset when devastation hits.

Kenosha resident Joy Latuvnik-Morin said she came to the event on Saturday because “it’s our community, I’m a person of color, we’re gay,” she said, sitting under a tree next to her wife, Marianne Latuvnik-Morin, with a plate of food. “This is what we’re working for, is to have community, trust and everybody just coming together and helping each other out.”

“It’s nice to know that the community can come back after everything that’s been done, as strong as we have,” Marianne added. 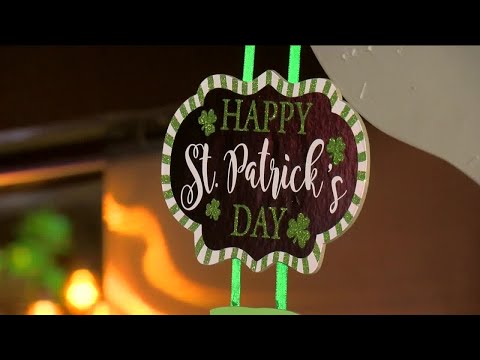