Update (1600ET): Wisconsin Governor Tony Evers declared a state of emergency on Tuesday, after the second wave of violent protests that rocked the city of Kenosha and the capital of Madison, after a video of police officers shooting an African American man named Jacob Black went viral on social media.
The order proclaims a state of emergency in Wisconsin, directs state agencies to continue assisting the state response, and calls to state active duty additional elements of the Wisconsin National Guard to support first responders and protect critical infrastructure and cultural institutions.
Evers first called in the national guard to respond to the looting and violence on Monday, and he delivered a statement on the situation earlier today.
In order to try to signal to the public that he's 'doing something', Evers earlier called for a special session for the state legislature to consider police-reform bills that will hobble law enforcement in the face of riots and unrest, and as small business owners are forced to watch in disbelief as their livelihoods are destroyed, with no authorities there to stop it.
Meanwhile, a petition demanding Evers "charge the cops who killed Black" has garnered half a million signatures.
Shows how much Americans know about their own legal system.
Read the full EO #86 below:
EO086-DeclaringaStateofEmergencyCivilUnrest by Zerohedge on Scribd
* * *
The next day:
*  *  *
Anarchy broke out on the streets of Kenosha, Wisconsin Monday as protesters squared off with National Guardsman in the second night of unrest over the shooting of a reportedly unarmed black man by police on Sunday.
The night was documented by journalist Brendan Gutenschwager (@BGOnTheScene - whose car was broken into and laptop stolen last night) with photos via the Daily Mail (EPA). 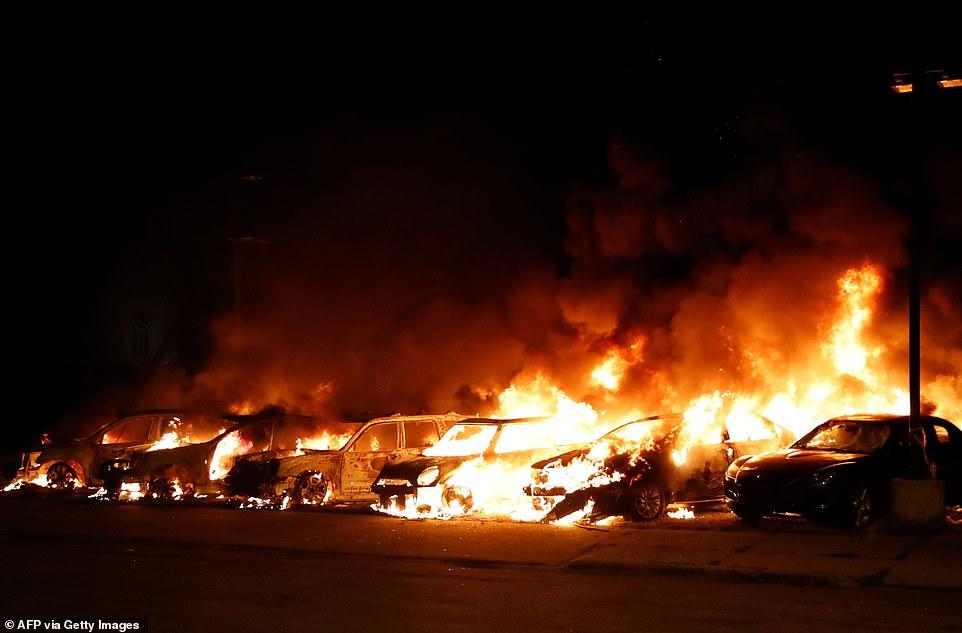 Tear gas was deployed in an attempt to clear protesters who had gathered in front of the Kenosha County courthouse, while Gov. Tony Evers deployed 125 members of the National Guard to assist local law enforcement. 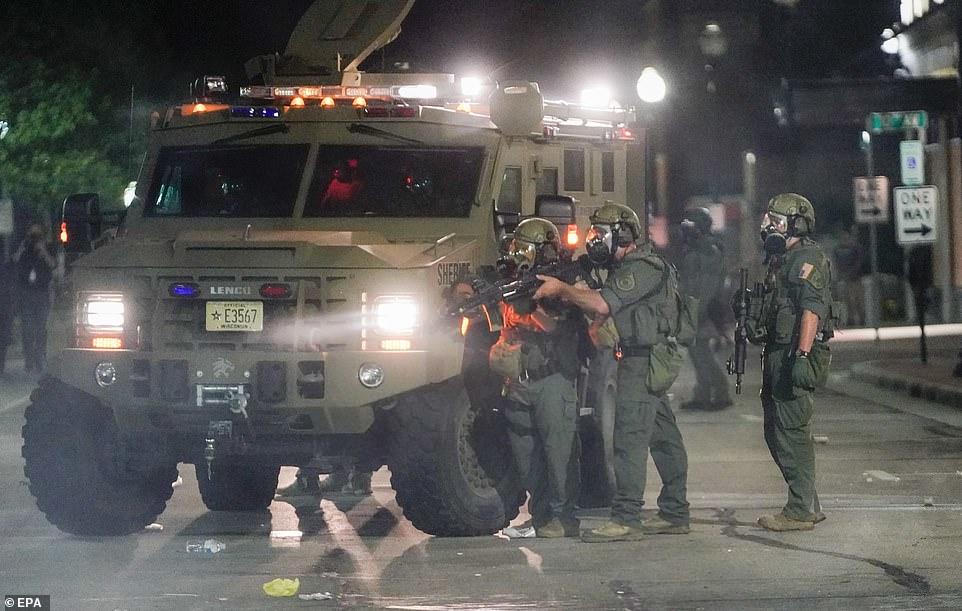 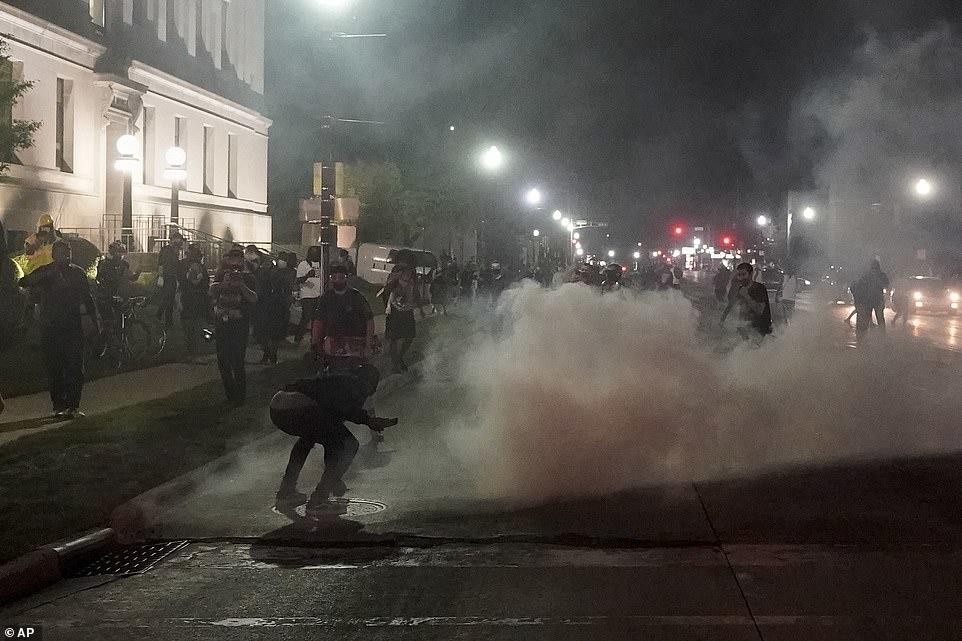 Massive fires were set throughout the city, including car dealerships, a Department of Corrections administrative building, and an office furniture company.

ZEROHEDGE DIRECTLY TO YOUR INBOX
Receive a daily recap featuring a curated list of must-read stories.
In a now-viral video, 29-year-old Jacob Blake was shot seven times in the back while attempting to enter his car during an altercation with police. He is currently in serious condition in a Milwaukee hospital, according to the Daily Mail - which notes that in Blake was charged with resisting arrest and carrying a concealed weapon in 2015 after he pulled a gun at a local bar in Racine.

Meanwhile, details have emerged about Blake’s criminal past, including a recent arrest for sexual assault.
According to online records, Kenosha County prosecutors charged Blake with third-degree sexual assault, trespassing, and disorderly conduct in connection with domestic abuse. -Daily Mail

In addition to the fire and destruction, mass looting ensued - including a Mattress store which was then burned to the ground.
Meanwhile, armed private citizens stood guard outside a local gas station to protect it from looters.
On Monday, tensions flared after a Monday press conference with Mayor John Antarmian was moved from a park to inside the city's public safety building, according to Fox News, which notes that "Hundreds of protesters rushed to the building and a door was snapped off its hinges before police in riot gear pepper-sprayed the crowd, which included a photographer from The Associated Press."

Evers and a number of other Democrats condemned the shooting. Democratic presidential nominee Joe Biden called for “an immediate, full and transparent investigation” and said the officers “must be held accountable.”
“This morning, the nation wakes up yet again with grief and outrage that yet another Black American is a victim of excessive force,” he said, just over two months before Election Day in a country already roiled by the recent deaths of George Floyd in Minneapolis, Rayshard Brooks in Atlanta and Breonna Taylor in Louisville, Kentucky. “Those shots pierce the soul of our nation.”
Republicans and the police union accused the politicians of rushing to judgment, reflecting the deep partisan divide in Wisconsin, a key presidential battleground state. Wisconsin GOP members also decried the violent protests, echoing the law-and-order theme that President Trump has projected during his campaign. -Fox News

For more on-scene coverage, we highly recommend giving Gutenschwager a follow.
From: https://www.zerohedge.com/political/insane-kenosha-melts-down-cars-smashed-buildings-torched-and-looters-run-wild-second
Posted by Clint Teeters at 2:38 PM