MILWAUKEE - The Green Bay Packers' win was another Christmas gift for fans Saturday, as was Aaron Rodgers' record-breaking performance.

Kelly's Bleachers is open 365 days a year, including what turned out to be an exciting Christmas Day for sports fans in Milwaukee.

"I mean, we had the Bucks game on, the Packers game on, everyone was cheering. It was great to see. Milwaukee loves its sports," Packers fan Derek Hoppe said.

The first Packers touchdown of the day was not just any six points; it was Rodgers' 443rd touchdown pass – breaking Brett Favre's record for passing scores in a Green Bay uniform.

"It was pretty amazing. I had no idea that it was going to happen today, and it was pretty cool. He seemed pretty excited on the screen," said Packers fan Julie Tric. 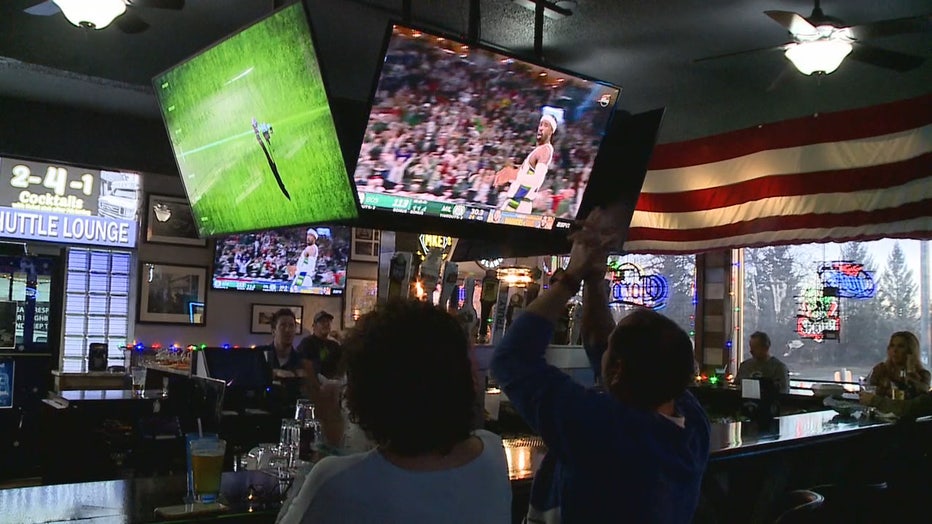 "On Christmas? Hey, that’s pretty cool, too," Packers fan John Seidl said. "A little present for himself and for all the fans here."

Roughly 10 minutes after Rodgers made history, the Bucks secured a come-from-behind win over the Boston Celtics.

All the cheering was a welcome sound for business owners who almost didn't make it to Christmas this year.

"After last year with COVID, it was a very difficult year. We almost went under," said Patrick Guenther, co-owner of Kelly's Bleachers. "We came back strong with the Brewers season, obviously sports is a big part of our business."

After Rodgers broke the record, Favre came on the video board with a message congratulating him – and telling Rodgers to go get another Super Bowl.

Posted by OrbsCorbs at 3:13 AM