Last night I ran tech at the theater for the Tucson Society of American Magicians Parlor Magician of the Year competition. I dabbled in magic a bit in my younger days and had a good time chatting with the competitors and watching the show.

One thing I told them about was going to a magic convention in St. Joseph, Missouri. I think I was 14 or 15. My father pretty much told me I HAD to go to the midnight lectures and shows (even though I technically wasn't old enough) because some of the giants of magic were performing and speaking: Dai Vernon and Slydini. There were both very elderly but still agile enough to pull off a good variety of close up magic and tell tales from their long careers in magic.

What really got all the magicians jealous is when I told them I had gotten autographs from both of them on playing cards. 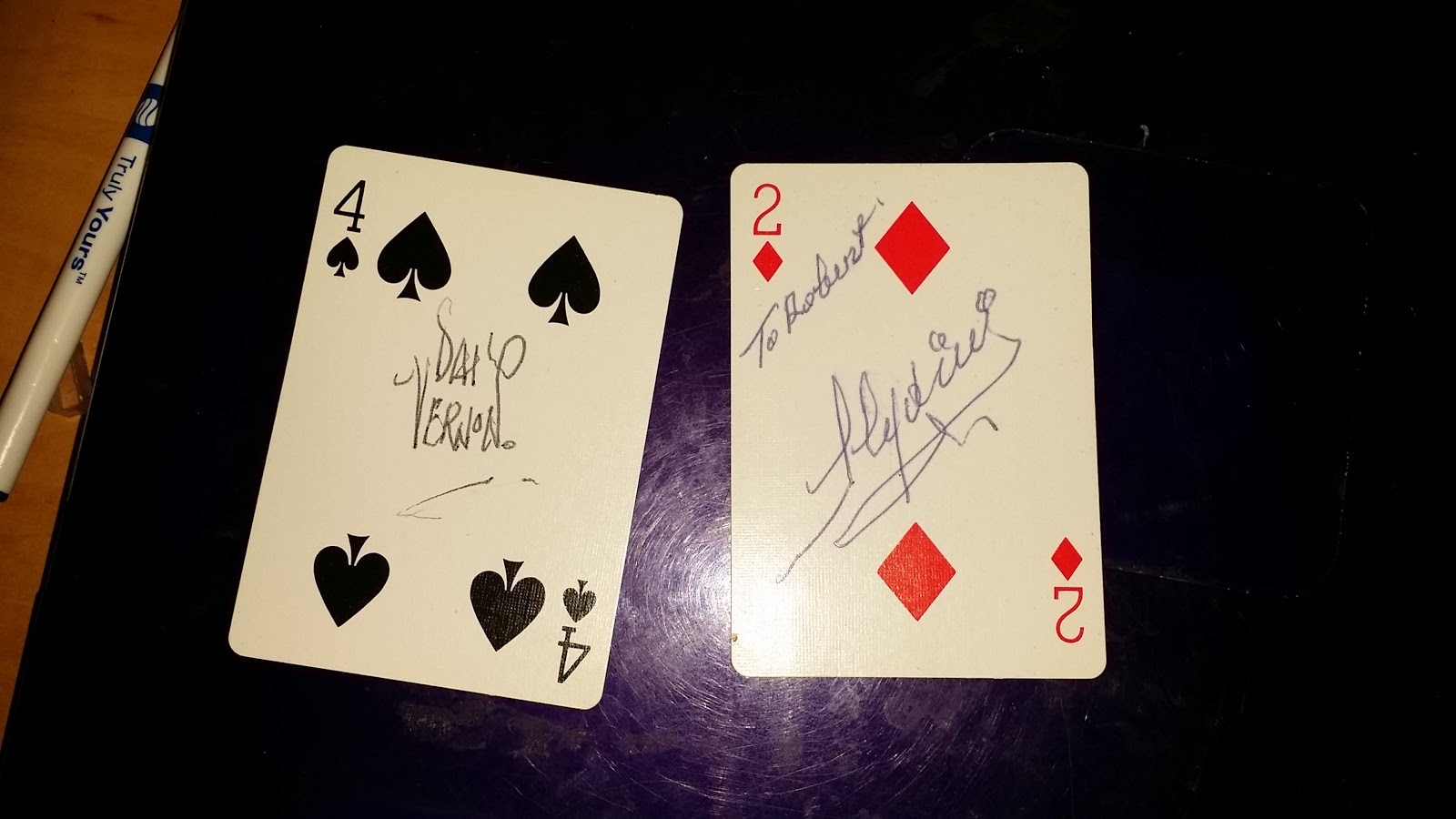 I look back now and think, REALLY? I had them autograph a two of diamonds and a four of spades? What was I thinking! (Actually, if I remember correctly, they preferred low value cards as they had more room to sign them so maybe I wasn't so stupid after all!)
Posted by hale-bopp at 3:15 PM

Isn't it something how things from the past increase in value and in memory? My daughter treasured personal letters from Mr. Rodgers, John Travolta, and I think Ronald Reagan.

My younger brother was quite the amateur magician. Drove us crazy. Lol. It all began with. Christmas gift my folks gave him. What a wonderful thing it became! There used to be a magic shop in downtown Milwaukee. That is where his allowance would be spent.

Thanks, Hale, for evoking a happy childhood memory. Made me smile.

The only autograph I have is Caleb Robinson's, when the Communicator did a cover story on him. I don't know where it is.

I don't think I have anyone's autograph.

I think I have kk's.

I only sign autographs infrequently. Keeps the value higher, lmbo.