Due to lack of financial support, 2017 was the last Milwaukee Holiday Parade


The organizers of the Milwaukee Holiday Parade announced Wednesday that the 2017 parade was its last. The parade has been an annual event for 91 years.

The DeGrace family, who has been managing the parade since 1953, decided to retire. The family hopes someone else will step up to manage the longstanding Milwaukee tradition.

Suzanne DeGrace Spaeth said in a news release, "The massive community support and our many-thousands of rain-or-shine attendees are the reasons we’ve continued the parade for all of these years.”

The family made the decision because of a lack of financial support, vendor changes and downtown construction projects like building construction and roadwork. The parade's main financial backer was the now-bankrupt Bon-Ton Stores Inc. The annual fundraising goal has been about $150,000.


RELATED: When Schuster's brought the holiday parade to downtown Milwaukee
The annual parade was held the Saturday morning before Thanksgiving and stood as a kickoff to the holiday season. More than 100 marching bands, floats and local personalities participated in the parade. 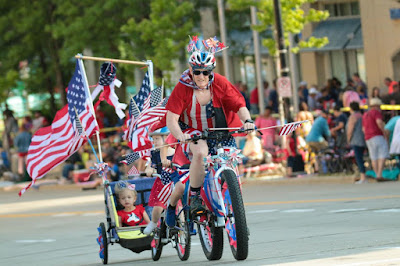