Janelle Gericke. (Photo: Jefferson Co. Sheriff's Office)
A former sheriff's deputy has been charged with burglarizing or trying to burglarize homes of people away at funerals and covering her tracks with stories of trying to complete Facebook market transactions.
Janelle Gericke, 29, of Jefferson, faces a single count of burglary, a felony, for a February incident in which a family returned home from a funeral and found Gericke in their kitchen. The criminal complaint describes at least a half-dozen incidents in which she appeared to try to enter homes or appeared to succeed.
"Jefferson County Sheriff Paul Milbrath and the Jefferson County Sheriff’s Office apologize to the people that they serve for the embarrassment and mistrust that this individual may have caused,"  the office said in a news release.
According to the criminal complaint:
Gericke was hired in February 2016 as a corrections officer in the Jefferson County Jail. In 2018 and 2019, she appeared at several homes of people who were listed as relatives of the deceased in local obituaries, at times when the services were being held, or whom she knew or suspected would not be home for other reasons.
In February 2018, one victim's doorbell camera caught Gericke approaching, entering and leaving a home in Watertown while the owner had been at a funeral. She left behind a note that read, "I was here to pick up the stuff through Facebook. I came in to the house and the items weren't by the door. So I didn't leave my money. I tried Facebook messaging you but you haven't responded."
A checkbook was missing from the home.
More than a year later, investigators later were able to pull a fingerprint from the note that matched Gericke's.
Read more: https://www.jsonline.com/story/news/crime/2019/12/17/complaint-wisconsin-deputy-burglarized-homes-people-funerals/2678721001/
Posted by OrbsCorbs at 4:02 AM 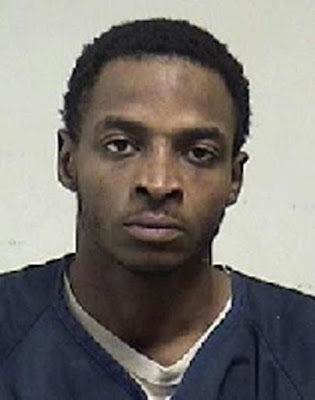