For nearly a week now, New York Gov. Andrew Cuomo has been begging the White House or the Pentagon to send in the Army Corp of Engineers to quickly transform existing businesses into coronavirus hospitals where patients from the impending surge can be isolated and treated.
If the state doesn't quickly make up for its twin shortages of hospital beds and medical equipment, Cuomo warned, it could lead to thousands of preventable deaths.
Now, a few days after President Trump and Defense Secretary Mark Esper dispatched a Navy hospital ship to New York to help with the outbreak, President Donald Trump formally approved FEMA aid to the state late Friday night after declaring New York the nation's first "major disaster area" since the start of the national outbreak. 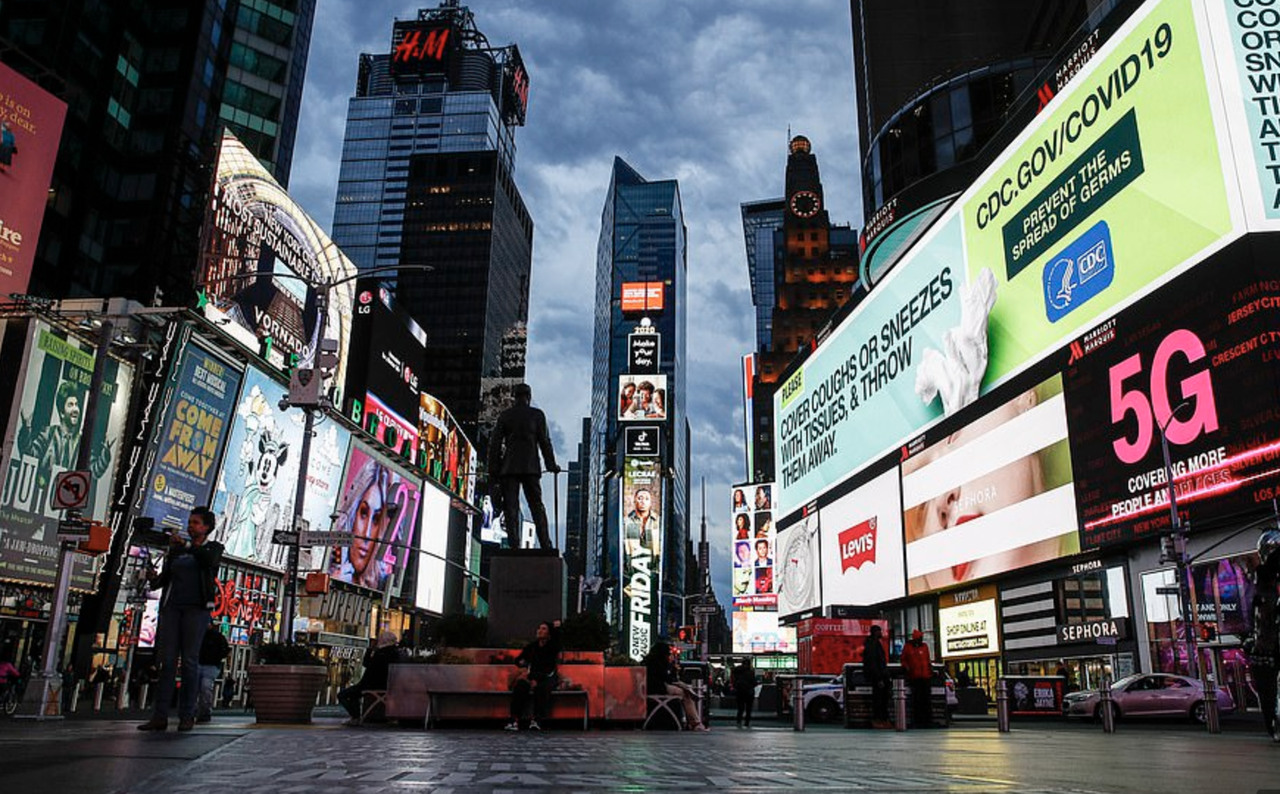 Billions of dollars in emergency funding are now available to help combat the outbreak in the state, FEMA said in a statement.
"Federal funding is also available to state, tribal, and eligible local governments and certain private nonprofit organizations on a cost-sharing basis for emergency protective measures," FEMA said in a statement.
President Trump's national emergency declaration earlier this month activated FEMA, and made a pot of $42 billion in disaster-relief funds available.
The decision comes after New York City Mayor Bill de Blasio claimed that his city has become the epicenter of the national outbreak, as public health authorities in the city counted at least one coronavirus-linked death per hour on Friday.
Between just 10 am and 6 pm, 14 people in NYC died from the virus, raising the death toll in America's largest city to 43. It was the first time NYC's daily death toll hit double-digits.
NYC Health Commissioner Dr. Oxiris Barbot warned on Saturday morning that double-digit increases in deaths may become the new normal for New Yorkers, for at least a time.

"I wouldn’t be surprised if we get to a day when we have double-digits new people dying every day," she said at a City Hall press conference Friday afternoon.
"With more and more cases confirmed here each day, it’s imperative that the federal government does everything within its power to stem the spread of the deadly coronavirus."

Sen. @GillibrandNY and I pushed for this!

FEMA needs to get to work NOW to open these MANY billions in direct aid for New York and individuals to help save lives and protect public health.

1,480 people are talking about this

ZEROHEDGE DIRECTLY TO YOUR INBOX
Receive a daily recap featuring a curated list of must-read stories.
The latest data show 8,299 confirmed cases in New York State. And as the state runs out of hospital beds and precious ventilators, Trump is sending in the military, which is now working on plans to takeover hotels, college dormitories and sports arenas and turn them into ICU-like medical facilities, as the Daily Mail reports.
According to the latest federal data, at least 19,624 people have been diagnosed with the virus, and at least 260 deaths have been recorded. So far, 147 people have recovered. Globally, there have been at least 275,000 diagnosed cases and more than 11,000 coronavirus-related deaths.
In other news, Switzerland reported another batch of new cases, bringing its total to 6,100 infections and 56 deaths.
As the global panic deepens, and the number of cases continues to multiply at an alarming rate, more officials are calling for the 2020 Tokyo Games to be postponed - an unprecedented event that would probably rattle confidence in global markets, at least momentarily, as the world grapples with the unprecedented situation at hand. The IOC chief rebutted these calls again Saturday morning, according to reports in the Japanese press, but it definitely makes one wonder: If things keep getting worse, how much longer can they hold off?
From: https://www.zerohedge.com/geopolitical/army-deploys-new-york-nyc-reports-1-coronavirus-death-hour-live-updates
Posted by Clint Teeters at 10:19 AM