MILWAUKEE - Green Bay Packers quarterback Aaron Rodgers has tested positive for COVID-19 and is out for Sunday’s game against the Kansas City Chiefs.

Fans at Green and Gold Zone in West Allis on Wednesday told FOX6 News that they just want to see Rodgers back – and they want to win. But the debate on talk radio was a little more heated, with some fans saying the quarterback lied to fans and his teammates.

97.3 The Game's motto is "Sports Talk That Rocks," but the news out of Green Bay was practically an earthquake.

"Because it’s Aaron Rodgers, it’s seismic, and we are going to react that way to it. Like when he said he was immunized – he knew he wasn’t vaccinated," said host Ted Davis. 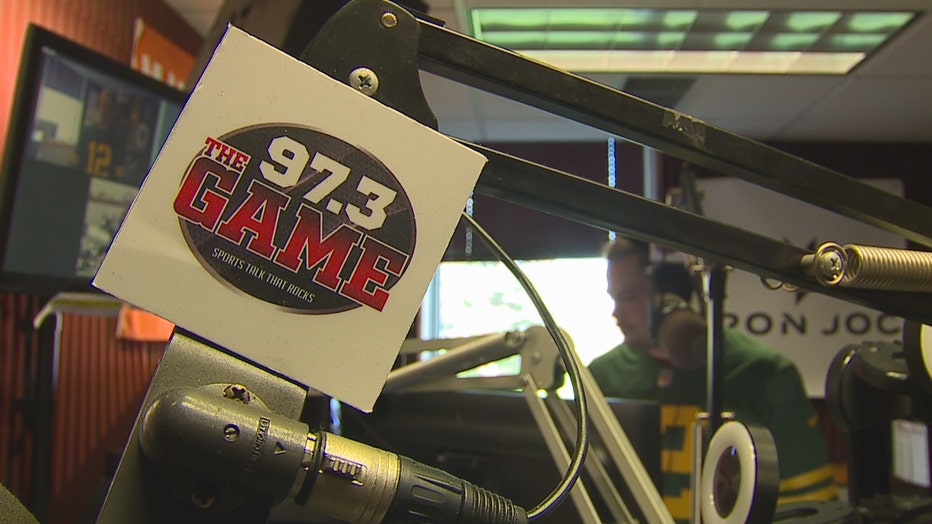 "It’s your personal choice that you’ve already made," said producer Bill Schmid. "We’re going to have to find a way to win the game."

University of Wisconsin-Milwaukee Professor Barbara Meyer's area of expertise is in sports psychology. She said she's not losing any sleep while Rodgers is sidelined.

"We are in our second year now of managing this. We shouldn’t be surprised when anybody is out," Meyer said. "Players are in and out for various reasons throughout the season. I think athletes, coaches, staff are used to making line-up changes."

On the airwaves, though, there will be plenty to talk about leading up to Sunday and beyond.

"I’m not going to get mad at Aaron Rodgers for not taking the vaccine," said Davis. "Was he violating some of the NFL COVID protocols all along? How will that be dealt with? Will it be a fine to Rodgers?"

As for what's next, it's all more green-and-gold drama that has fans seeing red.