Posted by Clint Teeters at 7:24 AM No comments:

Posted by Clint Teeters at 7:18 AM No comments:

Posted by Clint Teeters at 7:03 AM No comments: 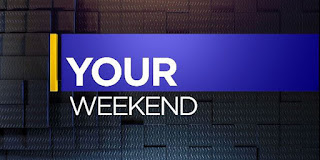 Posted by OrbsCorbs at 4:33 PM No comments:

US and China trade barbs over origin of coronavirus

Posted by OrbsCorbs at 4:24 PM No comments:

That's it.  Toilet paper will disappear from the few shelves that it's still on.
Posted by OrbsCorbs at 4:01 PM No comments:

Good morning everyone I hope you enjoyed your week. I know last weekend we had really nice weather and I had Drew cook on the grill that was really nice for a change. Here are your questions.

1) Are you superstitious with Friday the 13th?

2) Do you believe in the black cat?

3) Do you believe in walking under a ladder?

4) What superstitious things do you believe in?

Have a great week!
Posted by Tender Heart Bear at 8:58 AM 3 comments: 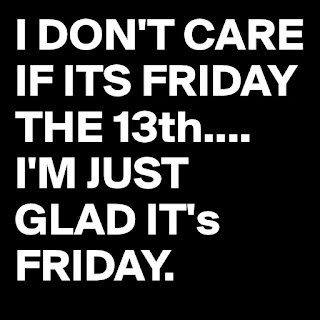 Posted by OrbsCorbs at 3:11 PM No comments:

Coronavirus: What is a pandemic and why use the term now? - BBC News

Posted by OrbsCorbs at 3:04 PM No comments:

The 5 Stages of Coronavirus

Posted by OrbsCorbs at 9:52 AM No comments:

Posted by Clint Teeters at 5:56 AM No comments:

Although it won’t be posted until Monday, I am writing this on Friday, 6MAR2020 (fair warning, any numbers will probably be wrong by the time you read them).
-------------------------------------------------
I’ve never—in almost a decade of writing the Mountain Guerrilla Blog—jumped on the worry wagon. I was one of those who pointed out—accurately—that Jade Helm was simply a typical training exercise. I’m the guy who pointed out—in books, for posterity, no less—that seeing armored vehicles and tanks transported CONUS, on rail cars, is not a sign of coming martial law, but is simply the way the military transports shit stateside. I’m hardly a model of prepper paranoia.
So, when I say that I’m concerned—not scared, not worried, but concerned—about COVID-19, there must be a reason, right?
---------------------------------------------------
Sources and Methods
Sources and methods is a term used to describe the process of intelligence collection and analysis. Intelligence information sources and the nature of the information gathered can vary. Sources are the sources from which we get the information. Methods are the tradecraft utilized to procure that information.
Sources can be other people, which would be referred to as Human Intelligence, or HUMINT. Information collected from photographs, such as satellite overheads, is referred to as imagery intelligence, or IMINT. There’s also signals intelligence, or SIGINT, such as eavesdropping on phone calls, and etc.
Here’s the thing though...much like the Enigma Project, during WW2, if the opposition learns who/what your sources are, they can stop that flow of information, or worse, they can utilize disinformation, feeding you bad information through those sources. The opposition—or even friendly allies that you need to keep tabs on—can determine sources through a number of methods.
In some cases, taking advantage of your intelligence collection efforts to stop an attack, or to hit a specific target at a specific time, can be a clue that you intercepted communications (Enigma’s biggest issue was, once we had the Enigma machine, a lot of times, taking advantage of the information collected would have revealed that we had the machine, leading to a loss of that asset).
Read more: https://www.patreon.com/posts/sars-cov-2-covid-34741277
Posted by Clint Teeters at 5:54 AM No comments:

10 Terrifying Serial Killers Who Got Away With It

Posted by The Sheriff at 3:00 AM No comments: 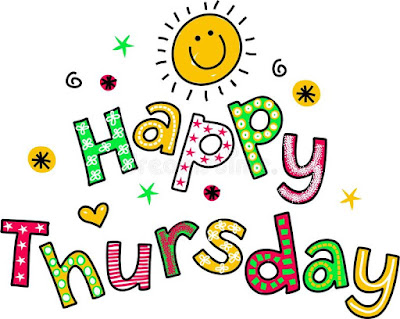 Posted by OrbsCorbs at 9:05 AM No comments:

Kenosha police cancel all crime due to coronavirus 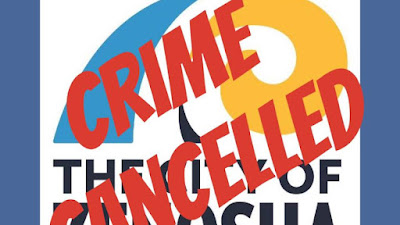 Kenosha police have 'canceled' all crime due to concerns of coronavirus and other sicknesses that seem to be keeping people from regular activities.

"We ask that anyone who was planning to commit any crimes to please stay home for their safety," said the department in a Facebook post.

So spread the word, Kenosha! And in the mean time, anyone who has information on any crimes in the area is asked to call Crime Stoppers at 262-656-7333.

Madame Zoltar apparently has contracted the coronavirus.  Hopefully, she will be well enough next week to write her blog.
Posted by The Sheriff at 7:53 AM 1 comment:

Posted by OrbsCorbs at 7:40 AM No comments:

New York Governor Andrew Cuomo unveiled a new line of NY-branded hand sanitizer, called 'NYS Clean,' during a press conference Monday morning where he confirmed that the number of Covid-19 cases in New York State had climbed to 142.
The hand sanitzer, Cuomo said, will be produced by Corcraft, the business name of the New York State Department of Corrections, which uses prison labor, and pays prisoners an average of 65 cents an hour, to create things like license plates, Gothamist reports. At $6 a gallon, the moonshine sanitizer will be significantly cheaper than the store-bought stuff, which has recently been selling as high as $100+ a gallon, even after Cuomo vowed to crack down on outbreak-related price gouging. Cuomo said the state should be able to produce 100,000 gallons of the stuff a week.

"We’re introducing NYS clean hand sanitizer, made conveniently by the state of New York," Gov. Andrew Cuomo said. "This is a superior product to products now on the market."

Here's the clip:
Cuomo joked that the NYS-made hand sanitizer had a "floral bouquet", and that NY State was sending a lesson to "Mr. Ebay and Mr. Amazon" - presumably referring to the sellers using those platforms to gouge consumers.
He added that the state’s product is 75% alcohol compared to name-brand competitor Purell, which is made of 70% alcohol. Health officials recommend using a hand sanitizer made of at least 60 percent alcohol, per the Hill.

ZEROHEDGE DIRECTLY TO YOUR INBOX
Receive a daily recap featuring a curated list of must-read stories.

"To Purell, and Mr. Amazon and Mr. eBay, if you continue the price gouging, we will introduce our product, which is superior to your product," Cuomo said. "And you don't even have the floral bouquet, so stop price gouging."

New Yorkers won't be able to buy the stuff, but it will be distributed for free in the subway and NYC schools: New York will distribute its product to government agencies, including schools, the MTA and - crucially - prisons (because it would be cruel to deny them a share of the stuff that they're producing, right?)
Cuomo said creating and distributing the product is cheaper for the state than purchasing competing brands

From: https://www.zerohedge.com/geopolitical/new-york-producing-its-own-hand-sanitizer-combat-price-gouging
Posted by Clint Teeters at 12:20 AM No comments: 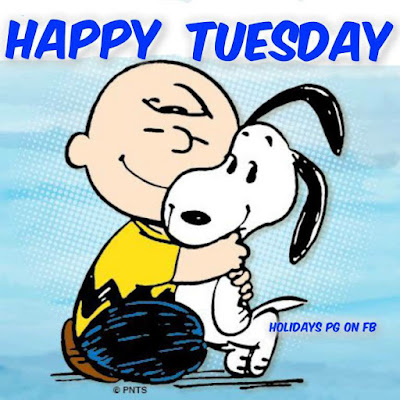 Lovey dovey.
Posted by The Sheriff at 12:00 AM No comments:

Buy Photo
Joanie Stasica of Greenfield and Matt Meyers of Butler participated in The Brass Tap's Girl Scout Cookie and Beer Pairing in 2018. (Photo: C.T. Kruger/Now News Group)
In Wisconsin, we pair beer with just about anything and everything — including Girl Scout Cookies.
The Brass Tap, 7808 W. Layton Ave., Greenfield, is hosting a Girl Scout Cookie and Beer Pairing from 5 to 10 p.m. March 10-11.
"Beer, traditionally, you don't think of it as a pairing thing," said Brass Tap owner Nick Marking. "But, it works very, very well with a lot of different foods, especially sweet items."
For the pairing, a flight of four 5-ounce beers will be matched with four types of cookies for $20.
The pairings are Thanks-A-Lot cookies with Door County Bake Sale Brown Ale, Peanut Butter Patties with Shortfuse Peanut Butter Stout, Caramel deLites with Southern Tier Nitro Hot Chocolate, and Thin Mints with Lions Tail Chocolate Raspberry Porter.
This is the sixth year The Brass Tap is putting on the pairing.
"We're always looking for different and interesting beer pairings," Marking said. "We were like, 'Girl Scout Cookies come out around this time of year, why not give it a whirl and see if it'll stick?' And it has."
It's now one of the bar's most popular events, he said.
In the past, the pairing was done on one day. But after having more than 100 attendees last year, a second day was added.
For more information, visit the event's Facebook page.
Contact Hannah Kirby at hannah.kirby@jrn.com. Follow her on Twitter at @HannahHopeKirby.
From: https://www.jsonline.com/story/communities/southwest/news/greenfield/2020/03/09/brass-tap-greenfield-host-girl-scout-cookie-beer-pairing/5003069002/
Posted by OrbsCorbs at 5:49 PM No comments:

'My immune system is pretty much shot': A Milwaukee comedian showed up at the airport in a hazmat suit to avoid coronavirus exposure

Charlie Quaintance wore a hazmat suit to the Milwaukee Mitchell Airport over the weekend to avoid exposure to coronavirus. (Photo: Submitted photo)
One traveler at Milwaukee's Mitchell International Airport took some extra precautions this weekend.
Charlie Quaintance was traveling to Ft. Myers, Fla., Saturday to visit his grandfather. He showed up to the airport wearing a hazmat suit in order to avoid exposure to coronavirus.
"I do have Crohn’s disease," Quaintance said. "I had my colon removed. My immune system is pretty much shot. I'm also a standup comedian, and I did see the humor in it."
Quaintance, 26, bought the hazmat suit online several years ago as part of a Walter White (the "Breaking Bad" character) Halloween costume.
"I don’t know if I'm planning on wearing it back. It did get really hot," he said. "I've been doing the same precautions as I normally do at home. I’ve been washing my hands and not touching my face."
People with Crohn's disease have a suppressed immune system, which makes people more susceptible to communicable diseases like coronavirus.
Healthy people only need face masks if they are in contact with or are caring for someone who you think has coronavirus. The Center for Disease Control notes that face masks are only effective at preventing disease when paired with frequent hand-cleaning.
"I hope people saw the humor, I do understand it was over the top," Quaintance said.
Contact Lainey Seyler at (414) 224-2863 or lainey.seyler@jrn.com. Follow her on Twitter at @lainey_seyler.

Btw, it's a Fender Coronado, not a "Toronado" as it shows in the subtitles.
Posted by OrbsCorbs at 8:02 AM No comments:

Posted by OrbsCorbs at 7:53 AM No comments:

Posted by Clint Teeters at 6:44 AM No comments:

My Healthy Monday Reset is to wake up and go back to sleep.
Posted by The Sheriff at 12:00 AM No comments:

There are a number of myths about detecting deception. Fidgeting, looking away, touching your mouth, all of these things are commonly thought to be practices that indicate deception. Jim Clemente, former Supervisory Special Agent for the FBI, explains why that isn't always the case and how people like him can decipher what these indicators really mean.
Posted by OrbsCorbs at 12:49 PM No comments:


LeBron James: 'I ain't playing' if there are no fans due to coronavirus concerns 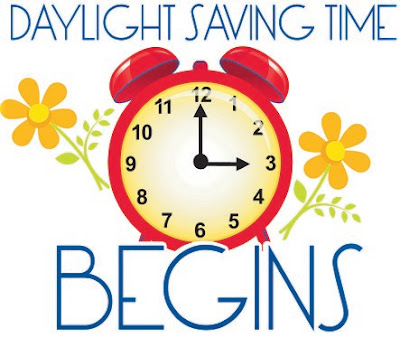 If you didn't do it last night, turn your clocks ahead one hour.
Posted by The Sheriff at 3:00 AM No comments: