That would require drivers with a lot of stamina. One drive and I'd be done.
Posted by OrbsCorbs at 8:54 PM 2 comments: 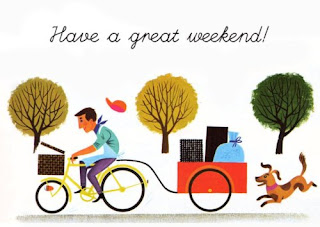 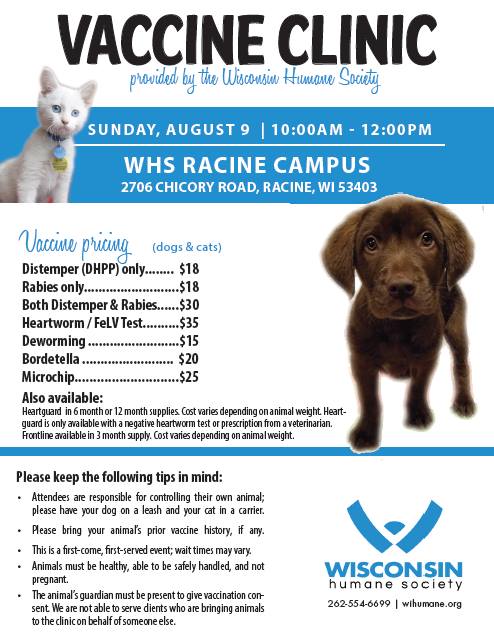 "Neighbors, who lived on what was once known as Jacato Drive now live on Anthony Lane, watched as a fire damaged building was torn down on Thursday, Aug. 6.

"The building was destroyed by a fire more than two years ago and a number of residents were displaced. The City Council Tuesday unanimously approved a bid from Macemon, Inc. for $71,560 to raze the building, a story in The Journal Times reads.

"Investigators determined arson as the cause of the Jan. 29, 2013 fire that burned out the building, and it’s been vacant ever since.

"City officials have tried to work with the building’s owner to tear it down, but finally decided to move forward with a raze order and to pay for it in part because new owners for the rest of the apartment buildings are deep into $3 million worth of improvements". 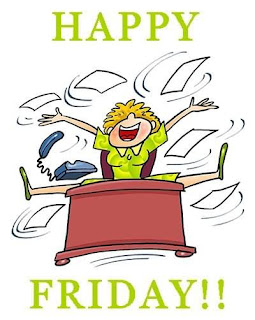 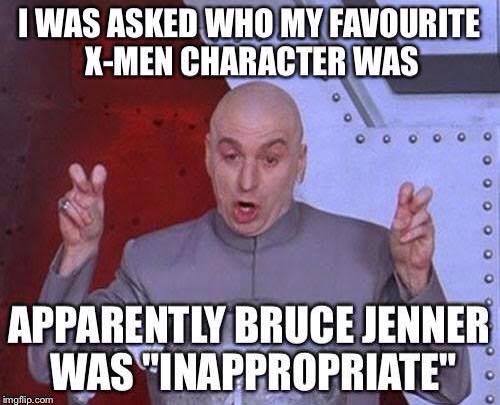 "Stuck in the middle with you" 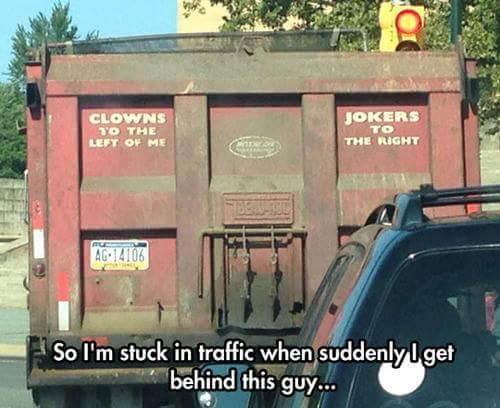 "Admit it.
You just sang that.
And now it's stuck in your head forever.
You're welcome."

"'Stuck In The Middle With You' - Stealers Wheel" 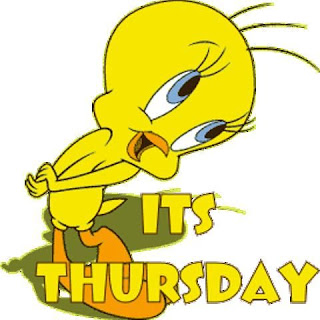 Hello, my Post Toasties.  How are you?  The relatively cool evening temperatures are a rarity for August.  Usually by now, the sun has burnt a hole into your head and the lawns start going dormant.  I’m not complaining.  That’s coming, anyway.  I’m just trying to figure out how to make the warm weather stay for a few weeks, or months, more.  There will be more heat to come.  It’s only early August.

Maybe we can set off a few nuclear bombs to shift the Earth’s orbit and make this a more temperate zone.  Off course, that isn’t fair to those who currently are in the more moderate zone.  Maybe we can shift the orbit every month or so to give everyone a taste of different climes.  The clothing stores would love it.  Meteorologists would hate it.  I must admit that a month of artic weather frightens me.  Then, BOOM, it’s tropical weather for another month.  I don’t know, the weather is unpredictable enough as it is.  You know that old standard, “You don’t like the weather?”  This is Wisconsin.  It’ll change in 20 minutes. I’ve heard that used for just about every state in the union, and some smaller quadrants of Andromeda.

I know!  Let’s build a big drilling ship to “journey to the center of the Erath,” and then back out the other side.  That will ventilate the planet and cool down the global warming.  How is it that thousands of civilians have solutions to some of our most pesky problems, but they’re not tried because the creators are not certified or “official,” or lack diplomas?  Common sense could solve hundreds, if not thousands, of problems in Congress, but they don’t want to lose their meal tickets.  While we banter about with our silly little lives, Congress gives itself the royal treatment at our expense.  They don’t have to deal with any of our petty problems.  They live like Kings and Queens, and we’re their pawns.

Here’s some possible good news: “Legislation would give municipalities authority to decide whether roundabouts get built” - http://journaltimes.com/news/local/legislation-would-give-municipalities-authority-to-decide-whether-roundabouts-get/article_8ed0c567-22f7-5132-b20f-bf7e3f2252bc.html Imagine that!  How wacky!  Letting the people who live in a community make up their own minds on community issues is unheard of.  This could lead to bigger problems like taxpayers wanting a say in how their money is spent.  Nip it in the bud, I say, nip it in the bud.

I’ve been sending out good vibes to all of my friends, Irregular and otherwise.  We need something to combat the propaganda spoon fed to us everyday.  I pray and I hope that people in the United States someday come to their senses and demand an accounting from their so-called leaders.

Where to put a roundabout? Ask: MadameZoltar@jtirregulars.com

“They” are saying seasonable temperatures for today and the rest of the week.  So get out and enjoy yourselves.  Be careful. Never underestimate stupidity’s (including yours) ability to escalate an issue.  I love you all!
Posted by Madame Zoltar at 2:12 AM 7 comments: 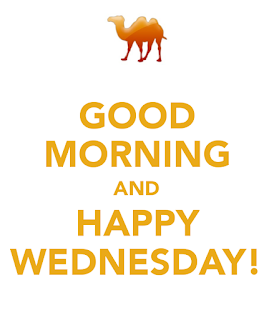 That camel reminds me of the cigarette brand.
Posted by The Sheriff at 12:00 AM 4 comments:

"The Great in Racine - A boy, his bike and a great Racine Police Officer"

"On July 21, 2015 we wrote about a Racine Police Officer  “Today we witnessed a young boy waiting around for a 2nd shift officer to come on duty with the Racine Police Department. He was there waiting because they are going to be building a bike together. Sure enough this GREAT officer appears with the bike frame in hand, they choose the colors that is it going to be painted today, & talked about the parts, etc. The smile on this young boys face will be long remembered. The officer is taking the time and the expense to do this with him

"Today the young man was given the bike. This officer on his off time and at his own expense got the bike ready for the child. We wanted to follow up to show the follow up

What a great police officer.  A lot of these kids lack more than bicycles, they lack positive male role models.
Posted by OrbsCorbs at 9:45 PM 2 comments:

By Gabriella Brossman in Community · August 3, 2015 · No comments

"What an amazing storm we had last night. The lightning was spectacular over the Lake and the endless thunder roared the entire time we were capturing it. We have never experienced a Thunderstorm with so much lightning and thunder. This time lapse video features 600 still images of this incredible storm over Lake Michigan. Shane and I hope you enjoy!

"Video and Photography by Shane and Gabriella Brossman" 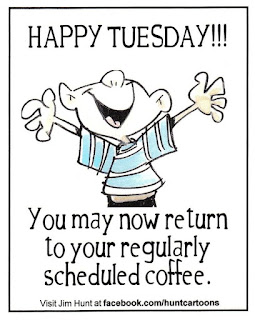 "Racine Documentary Pattern or Practice released on You Tube"

About the Film
"The story of how a small Midwestern town waged war on African-American and Hispanic bar owners to drive them out of the changing town.

"Pattern or Practice peels the veneer off that shoddy pretense and provides a stark view of what institutionalized racism looks like. a small Midwestern town, once a manufacturing powerhouse, is a backsliding, post-industrial community with a race problem so pervasive that disbelief is nearly always the observer’s first reaction. By the time the final credits are rolling, that disbelief is replaced by anger, disgust, perhaps shame and hopefully a desire for change.

"Pattern or Practice features restaurant bar owners who had their licenses and businesses taken by city elected officials. The footage includes interviews with business owners who, with their own words and emotions, outline the abuse and harassment they experienced at the hands of the city. The film uses documentation from actual committee meetings, network news casts and articles that ran in the local newspaper.

"The title, Pattern or Practice, comes from the Justice Department term meaning: pattern of discrimination that has been conducted against a group of persons or an issue of general public importance. The film focuses on the practice of selective legal enforcement that is enabled by a passive public perception of 'I’m glad it’s not me'. County Supervisor and owner of the local black newspaper, Ken Lumpkin, states 'I was raised in Montgomery Alabama during the marches for freedom with Dr. King and thought this type of activity was dead.'” 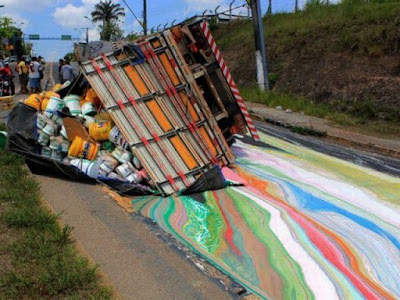 It's tragic, but it's also pretty.
Posted by OrbsCorbs at 3:09 AM 2 comments:

Email ThisBlogThis!Share to TwitterShare to FacebookShare to Pinterest
Labels: Art, Knuckledraggin My Life Away 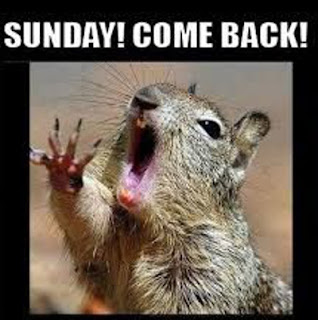 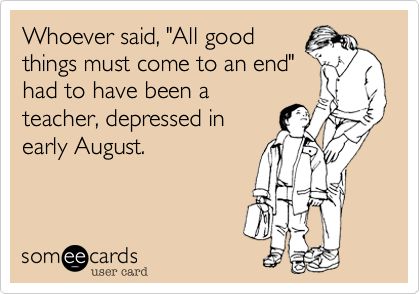