"I'd Love To Change The World" - Ten Years After

Posted by OrbsCorbs at 11:52 PM No comments:

Email ThisBlogThis!Share to TwitterShare to FacebookShare to Pinterest
Labels: Music, Rock and roll

"Miami, FL - From Lydia Marquez 'I may get in trouble for doing this video but I needed to speak out about all these things that are happening to my PD family. Please feel free and SHARE MY VIDEO'" 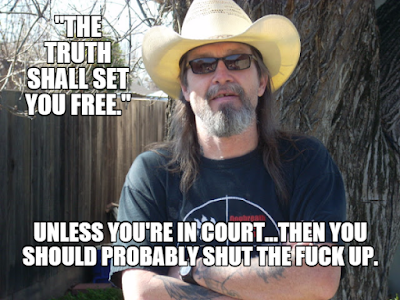 Posted by OrbsCorbs at 9:16 PM No comments: 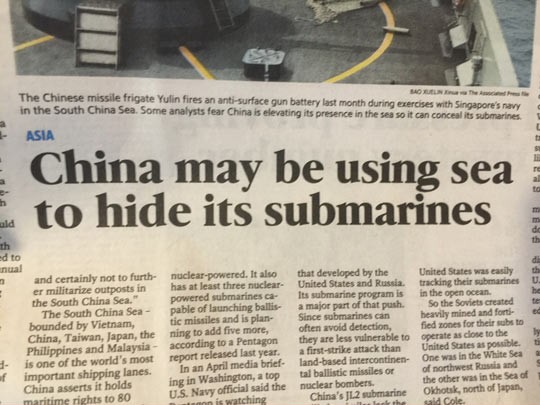 The sneaky bastards!
Posted by OrbsCorbs at 2:56 AM 2 comments:

"Admit it, you just sang that"

From The Lonely Libertarian: 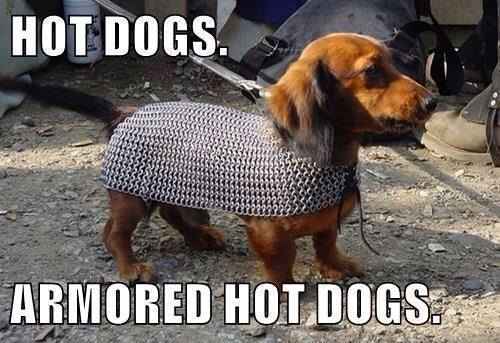 Get out the brats and the grill.
Posted by The Sheriff at 12:00 AM 4 comments: 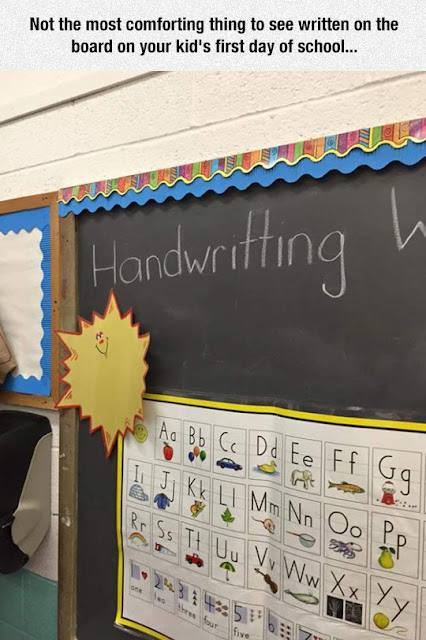 "Racine residents can show their support for law enforcement"

"With the chaos going on around the country, many people want to show their support for law enforcement, nationally and locally. Local Racine residents came up with the idea of a tshirt to show support and many are asking how to order. Proceeds from the shirts to benefit Wisconsin Concerns of Police Survivors. Shirts are printed locally here in Racine. They will only be available until September 20th and the store will close."

(When you order your shirts you have the option to pick them (campaign manager) or have them shipped.  Ralph Malicki is gracious enough to let us use Piggly Wiggly at 5201 Washington Ave as the pick up location for the support blue tshirts! Pick up with be on October 4th. ) 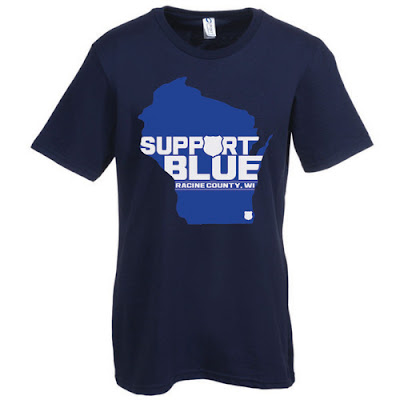 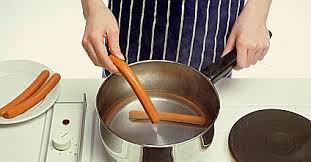 Today we cut the weiner up with a with a razor blade for nice thin slices and I may add a potato and maybe a carrot.

"A cold day in Hell" 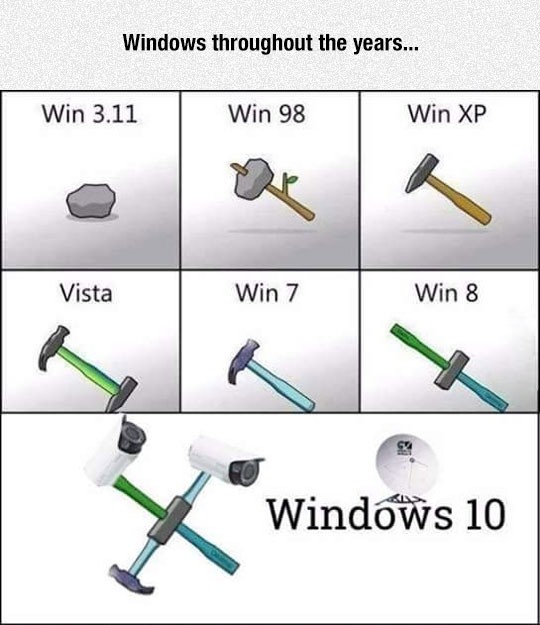 I'm still very happy with XP.
Posted by OrbsCorbs at 2:09 AM 2 comments:

Email ThisBlogThis!Share to TwitterShare to FacebookShare to Pinterest
Labels: Computers, The Lonely Libertarian 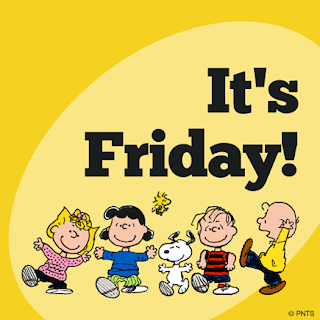 "An Illinois man who was raided and arrested last year for creating a parody account of his town’s mayor on Twitter has won $125,000 in a civil rights lawsuit settlement."


"Jon Daniel, 30, the man behind a parody Twitter account with the handle @peoriamayor, was accused of 'impersonating a public official,' after mayor Jim Ardis became upset about the mockery.

"'Im bout to climb the civic center and do some lines on the roof who's in,' one tweet read.  Another questioned,'Who stole my crackpipe?'

"Ardis argued that these tweets sounded reasonable enough that it sullied his reputation, as people might not be able to tell the account was fake.

"'Hurt feelings do not free government from the responsibility of respecting Mr. Daniel's freedom of speech and freedom from being arrested for that speech,' ACLU attorney Karen Sheley said in a statement.

"The settlement also includes the agreement that the town of Peoria will send a directive to the police department reminding them that parody and satire is excluded from criminalization under the impersonation of a public figure law.

"'The directive makes it clear that parody should never be the predicate for a criminal investigation and that the action against Mr. Daniel should never be repeated again,' Sheley stated.

"The agreement with the city will also cover legal fees, bringing the total taxpayer-funded cost of the raid to around $250,000." 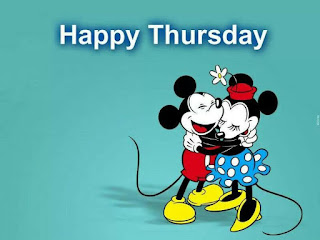 "The deciding vote to reject once and for all a new CVS Pharmacy was cast by Mayor John Dickert.

"Despite his best efforts to get fellow alderpersons to reconsider, Henry Perez was unable to garner the necessary support to approve a new CVS Pharmacy at the corner of Ohio Street and Washington Avenue.

"The Journal Times reported that a vote was held Tuesday at the Common Council meeting and the proposed store was rejected again, but the original count of who fell on which side was unavailable. Wednesday afternoon, the newspaper listed Dickert’s vote as the tie-breaker.

"The new store was planned at more than 13,000 square feet and would have replaced its current store a half-mile east at West and Washington and that store would close.

"After an August 3 vote denying the necessary rezone request, Perez attempted to introduce a reconsideration measure, but because the discussion was not noticed on an agenda and wasn’t compelled by an alderperson who was on the winning side of the denial vote, the rest of the council could not legally address it.

"During the meeting Tuesday, Perez asked for a vote sending the matter to the Committee of the Whole, but board President Dennis Wiser instead directed the issue to a vote, the story continues.

"Perez and several other council members expressed concern about holding the vote so quickly because Jim Kaplan, a key supporter of the store, had to leave early and was unable to vote.  [My emphasis - Orbs]"

By Paul Gores of the Journal Sentinel


Doesn't it make you feel all warm and fuzzy inside knowing that our banks posted record profits?  Surely, it was worth destroying the middle class for this.
Posted by OrbsCorbs at 9:48 PM 1 comment:

Hello, my roasting nuts!  How are you?  According to my weather men, the temperature will stay high for the next few days, and then cool a little.  Last week must have been one lost from a September somewhere else.  Cool and very breezy.  Now we’re back in the hotbox.

I hope that none of you believe that palaver last week from Mr. Sheriff saying, “Madame Zoltar's blog won't appear today because she is nursing a colossal hangover.  She hopes to sober up, I mean, feel better, next week.”  Ha, ha, very funny, Mr. Sheriff.  Actually, I twisted my back early last Tuesday.  The doctor said there was not much to do but take it easy.  He also gave me painkillers.  That was the mistake.  I took one after I got home from the doctor and the next thing I knew, it was Wednesday afternoon.  Pain pills yes, but sedatives no.  I’m feeling better, so I won’t be taking anymore.  You must follow directions when taking prescription (and non-prescription) drugs.  These pills are dangerous if you plan on any activity other than sleep after taking one.  Junior wants to try one.  No way!

Speaking of Junior, he went back to school this week.  Judging by his behavior, you’d think that the Titanic had sunk again.  He’s being absolutely funereal.  To be honest, it’s nice not to have him underfoot during the day, but we pay for it the rest of the day with his terrible attitude.  Sorry, kid, but everyone I’ve ever known had to go to school.  I wasn’t real keen on it, either, but I feared my parents’ wrath even more.  Just do it.  Years from now, you’ll thank me.

I hope the boy, the young man, will do his best in school.  He could be the first Zoltar to get a Ph.D. in something other than bullshit.  Every parent wants what’s best for their child.  That can be a tough order to fill when there are so many different students.  More than anything else, I pray for him.  I pray for him to be fulfilled and content.  When it comes to the more earthy tasks, such as helping him with his homework, I usually let Señor Zanza do that.  He knows more than me, anyway, and I hope he can give Junior the kind of training he needs.  It’s going to be a vastly different world by the time he grows up.  I don’t know if so much change, so quickly, is good for us.  I guess we’ll find that out, too.

Señor Zanza adapts to change much more quickly than I do.  Update my operating system and I’m lost for days.  Señor Zanza picks it up almost instantly.  Hmm.  Someone stuck a letter under our front door the other day.  It accused Señor Zanza of being an extraterrestrial, a scout prior to an invasion.  I saw it before Señor Zanza did, so I gave it to him after I read it.  He chuckled after reading it.  He said, “What are the chances of an extraterrestrial even looking like us?  Another life form would likely look different.  Just look at the branches of the evolutionary tree.  There are so many ways for aliens to go.”

Oh my, indeed.  They always look more or less like us.  I remember from the original Star Trek TV series a story where rocks were alive.  And who can forget the episode where a minute life form refers to us as “Ugly Bags of Water?”

Thank you one and all for stopping by to peruse or perhaps read my entire blog.  I love visitors.  That includes you.

Should humanity change its name to “Ugly Bags of Water” Ask: MadameZarolt@jtirregulars.com

Enjoy the waning days of summer.  It’s been my experience that summer lasts two weeks into September and then, as if someone threw a switch, it becomes autumn.  Enjoy the upcoming Labor Day Weekend. The school buses are out there now.  Keep any eye out for children.
Posted by Madame Zoltar at 2:00 AM 4 comments:

Just trying to find his voice...

I know I've seen this before, but I laugh so hard, still, every time,
making my sides hurt.
Laughter is amazing stress relief therapy! and FREE!
Posted by lizardmom at 3:21 PM 2 comments:

Interview with a guinea pig

With school starting today, work was INSANE...
I needed a good laugh, when I came across this, enjoy!
(I used to have a guinea pig, named Lucy, loved her!)
Posted by lizardmom at 3:19 PM 2 comments:

A friends' kid was in the paper! 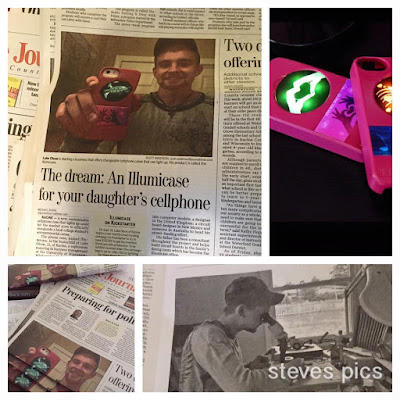 My friend, Steve's son was in the paper, cool beans!
Posted by lizardmom at 3:25 PM 3 comments: 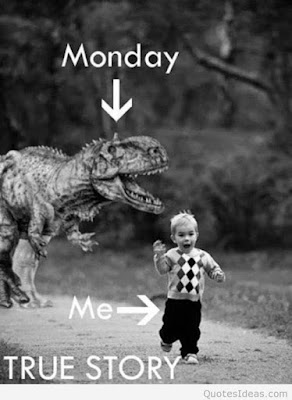 I survived by giving him a lot of bubble gum, so his jaws got stuck.
Posted by The Sheriff at 12:00 AM 5 comments:

Another set of "Irregulars" on Blogspot.

Another adorable 1st experience with rain and utter joy!

I want to feel this joy over something so simple.
Why do we lose this kind of joy when we grow up? Not fair!
Time to reset my thinking and live like a kid again!
Posted by lizardmom at 7:03 AM 3 comments:

I just love this dad. This was definitely not now I felt when I woke up to dreary.
Maybe I need to look at it thru this kids eyes!
Posted by lizardmom at 6:58 AM 2 comments: 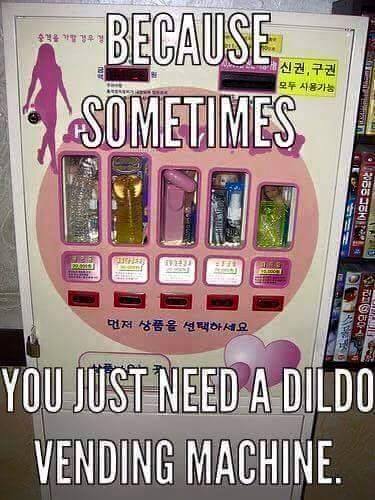