Posted by Clint Teeters at 3:48 PM No comments:

Posted by Clint Teeters at 3:46 PM No comments:

It never gets better - it only gets worse.

Posted by Clint Teeters at 3:43 PM No comments:

The next side show

https://wxow.com/news/top-stories/2019/08/05/the-latest-evers-calls-for-action-in-wake-of-shootings/
Eliminated the "Back to School" sales tax holiday:

https://www.usnews.com/news/best-states/wisconsin/articles/2019-06-14/records-lt-gov-barnes-delinquent-on-property-taxes/
Orders a "Pride" flag be flown at the state capitol:

From: http://recallevers.org/
Posted by The Sheriff at 3:36 PM No comments:

Jefferson Starship: With Your Love

Elvin Bishop - Fooled Around And Fell In Love 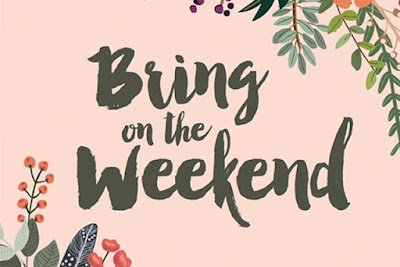 Read more: https://people.com/health/10-people-hospitalized-mistakenly-injected-insulin-instead-of-flu-shot/
Posted by OrbsCorbs at 3:35 PM No comments: 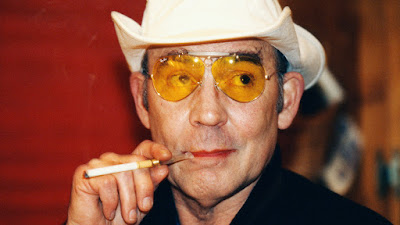 There was a refurbished 1947 International Harvester school bus parked outside the Hilton on a rainy February night in Eugene, Oregon. When I walked up the few steps and entered the heavily decorated vehicle, Ken Kesey was kneeling behind the driver’s seat messing with the stereo, trying to figure out why the Ray Charles at Newport CD had stopped. At the other end of the bus, Hunter S. Thompson was involved in a game of cards at a small round table, but he was looking in our direction with some concern.
Earlier, Thompson had given one of his notorious “talks” inside the Hilton ballroom. He was typically late, so Kesey and fellow “Merry Prankster” Ken Babbs (both of whom lived nearby) burned time telling stories while everyone waited.
When Thompson finally arrived, it was lunacy: He made sardonic comments about the end of the Gulf War, took questions, mumbled humorous responses, occasionally blasted a goose call into the mic and at least twice pointed some kind of laser pointer into the sold-out room. It was an almost perfect show.
Read more: https://www.ozy.com/true-story/hunter-s-thompson-kesey-and-heavy-stress-outside-the-hilton/227603/
Posted by OrbsCorbs at 3:00 PM No comments:

Email ThisBlogThis!Share to TwitterShare to FacebookShare to Pinterest
Labels: Literature

Madame Zoltar again failed to submit a blog this week.  I don't know what's going on.  I published this because of Tender Heart Bear's comment about Madame Z's blog.
Posted by The Sheriff at 2:54 PM 1 comment:


Read more: https://www.jsonline.com/story/sports/nfl/packers/2019/11/08/video-shows-interaction-between-packers-zadarius-smith-deputies/2519340001/
Posted by OrbsCorbs at 2:06 PM No comments:

Good morning everyone I hope you made it through the week alright. I know it has been a nasty week with the bad S word that came down and it is way to early for it too.
I hope Madame Z is alright because I was looking for her post and there is nothing up from her. Here are your questions.

2) But when you get that one fixed something else breaks?

3) Does it feel like it happens all week long to you?

4) Does it feel like it will never end for you?

Have a great week!
Posted by Tender Heart Bear at 9:27 AM 4 comments: 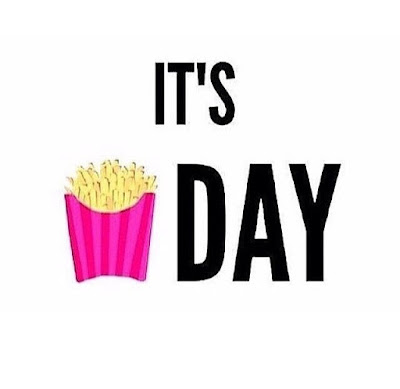 Posted by Clint Teeters at 2:24 PM No comments:

Ahead of 2020, manufacturers are struggling in Rust Belt regions that helped Trump win last time

BETHEL PARK, Pa. – At Ameri-Source Metals’ machine shop outside Pittsburgh, stacks of graphite stubs have begun to pile up in a quiet corner.
Founder Ajay Goel said the customer who typically buys the stubs – a multinational chemicals company – now only needs one-fourth of the amount he used to produce. As a result, the machines have been idled and the workers who serviced them, laid off.
Goel has lived through many economic cycles before. In 1995, he founded the business, which cuts graphite and steel into bespoke shapes for industrial, chemical and defense companies, after being laid off from U.S. Steel. And with orders slowing – and an additional $3 million in tariff costs – he’s borrowing from a playbook he refined in leaner times.
“I think the first place will be where we make sure we really cut down on costs,” Goel told CNBC. “That particular cost-cutting started almost like six to eight months back.”
Goel says the company is also trying to deepen its customer relationships and pressing the pause button on certain areas of expansion. “We would like to replace machines faster, which we are not doing.”
Heading into 2020, stories like these could amount to big trouble for President Donald Trump’s reelection chances. Ameri-Source sits at the edge of deep-blue Allegheny County, but most employees commute from surrounding counties that backed Trump in 2016. It’s a familiar position for companies across the Rust Belt, the corridor of heavy industry whose blue-collar workers supported Trump’s manufacturing-friendly message and were critical to his swing state wins.

Read more: https://www.cnbc.com/2019/11/05/manufacturers-struggle-in-rust-belt-regions-that-helped-trump-win.html
Posted by Clint Teeters at 9:58 AM No comments:

Posted by Clint Teeters at 9:31 AM No comments:

Plea for a change, the Michael Bell shooting

https://www.facebook.com/PleaForAChange/?hc_ref=ARS5QZ2T6Xs2VSEXXfxxLvTEZs8Xz5IZttyTtqpuLkx0D9queAmsaJ6Tu_F_2dgdP2Y&__tn__=kC-R%3Cbr
Posted by Clint Teeters at 8:37 AM No comments:

See Friday's blogs: http://www.jtirregulars.com/2019/11/dear-madame-zoltar_8.html
Posted by The Sheriff at 2:00 AM No comments: 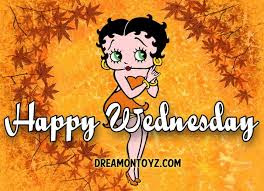 In historic shift, The Salt Lake Tribune gets IRS approval to become a nonprofit

By Matt Canham
·
Published: 1 day ago
Updated: 21 hours ago

The Salt Lake Tribune is now a nonprofit, an unprecedented transformation for a legacy U.S. daily that is intended to bolster its financial prospects during a troubling time for journalism nationwide.

The move from a for-profit model was spurred by Tribune owner Paul Huntsman, who, in agreeing to turn Utah’s largest paper into a nonprofit, is giving up his sole ownership.

“The current business model for local newspapers is broken and beyond repair,” said Huntsman, who also serves as The Tribune’s publisher. “We needed to find a way to sustain this vital community institution well beyond my ownership, and nonprofit status will help us do that. This is truly excellent news for all Utah residents and for local news organizations across the country.”

The Tribune, a Pulitzer Prize-winning newspaper, will seek donations large and small, coupling them with revenue from advertising and subscriptions and a separate foundation. The Utah Journalism Foundation is creating an endowment to fund independent journalism in Utah, with The Tribune being a big beneficiary.

Those in the journalism industry have kept a close eye on The Tribune’s efforts, seeing it as a potential path forward for other struggling news outlets.

"This is an important decision that recognizes local news as a public good, something that strengthens the community," said Alberto Ibargüen, president of the John S. and James L. Knight Foundation, a nationwide leader in journalism philanthropy. "The model pioneered by The Salt Lake Tribune gives community leaders another way to build a sustainable future for local news, so citizens can get the trusted information they need to engage constructively in our democracy."

Email ThisBlogThis!Share to TwitterShare to FacebookShare to Pinterest
Labels: Newspapers 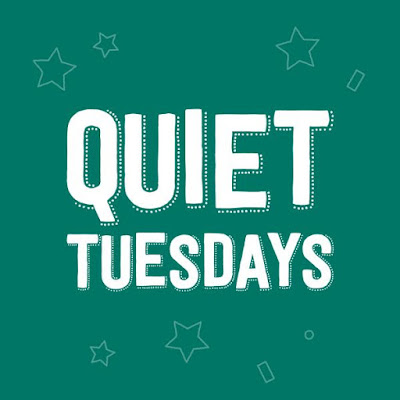 Posted by OrbsCorbs at 8:43 AM No comments:

McDonald's CEO steps down after having relationship with employee

Posted by OrbsCorbs at 8:35 AM No comments:

From: https://timstoyymore.wordpress.com/2019/11/04/dont-disturb-this-groove/
Posted by Clint Teeters at 7:06 AM No comments:

Is Curiosity Chief Stedman?Inquiring minds want to know.On 11/3/19, Timothy Elmer <timothys.elmer@gmail.com> wrote:> Dear Village Board,>> SO just who is doing the stalking here - counting my comments and> telling me to "get a life"?>> Any answers - how about it David DeGroot? Or Village Board elected> Trustees?>
https://journaltimes.com/news/local/see-how-much-foxconn-will-pay-racine-county-in-special/article_ec9fb441-41ba-506b-b076-7e0eed4a3788.html#comments
Posted by Clint Teeters at 6:58 AM No comments: 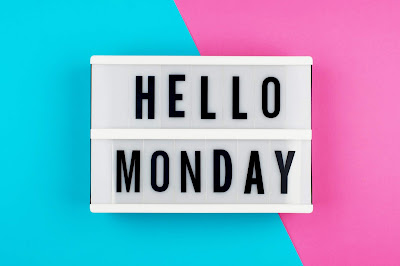 Goodbye happiness.
Posted by The Sheriff at 12:00 AM No comments:

Admin · 1 hr
SHOCKING and UNACCEPTABLE
Did you know that any harm resulting from 5G technology is NOT covered by insurance? It's true! This is even admitted by AT&T and Verizon, but you won't hear anyone from the City of Racine or Verizon admit this publicly.
EMFs are classified as a “POLLUTANT" by insurers alongside smoke, chemicals and asbestos. Due to the risk that electromagnetic (EMF) field exposure poses, most insurance companies do not cover electromagnetic fields and have very clear "electromagnetic field exclusions."
For example, AT&T Does NOT Cover Damage Caused by Pollutants, which includes Electromagnetic Fields. "Exclusions:
1. Loss caused by or resulting from the discharge, dispersal, seepage, migration, release pollution
2. “Pollutants” means: Any solid, liquid, gaseous, or thermal irritant or contaminant including smoke, vapor, soot, fumes, acid, alkalis, chemicals, artificially produced electric fields, magnetic field, electromagnetic field, sound waves, microwaves, and all artificially produced ionizing or non- ionizing radiation and waste. Waste includes materials to be recycled, reconditioned or reclaimed.”
Even Verizon, who is on the front lines in manipulating Racine into accepting this questionable technology, will also NOT cover any negative human impacts associated with their massive 5G rollout. During the January 17, 2018 Smart Cities Interational Symposium & Exhibition, Racine Mayor Mason rubbed elbows with elected officials and business members, including Mrinalini (Lani) Ingram, Vice President, Smart Communities
at Verizon. The coziness ("partnership") between government and BIG business over your well-being, perfectly illustrated. So force your mostly untested technology on us and leave us stuck with the consequences and with no recourse?

Green Bay Packers outside linebacker Za'Darius Smith (55) celebrates a 27-16 victory against the Denver Broncos Sunday, September 22, 2019, at Lambeau Field in Green Bay, Wis. (Photo: Dan Powers / USA TODAY NETWORK-Wisconsin)
Green Bay Packers outside linebacker Za'Darius Smith could find himself playing a different kind of defense next week at the Racine County Courthouse, where he's scheduled for a hearing on tickets for speeding and possessing marijuana or synthetic marijuana.
The citations — which are not criminal charges — stem from a Sept. 29 traffic stop while Smith, 27, and teammates Rashan Gary and Kingsley Keke were returning to Green Bay from a trip to Chicago that landed them all briefly in handcuffs.
Smith, acquired in free agency from the Baltimore Ravens, has eight sacks this year. Gary, a 21-year-old linebacker, was a first-round pick from Michigan. Keke, 23, a defensive lineman, was drafted in the fifth round after playing at Texas A&M.

Green Bay Packers running back Aaron Jones (left) co-hosted Monday's Clubhouse Live in Appleton. Jones' guest was Packers rookie defensive lineman Kingsley Keke. (Photo: Wm. Glasheen/USA TODAY NETWORK-Wisconsinis)
“The Packers are aware of the matter involving Za’Darius Smith," a team spokesperson said Friday. "We will refrain from making any further comment as it is a legal matter.”
Smith's agent did not return a text message.
According to reports from the Racine County Sheriff's Office, Smith was driving a gray 2019 GMC Yukon northbound on Interstate 94 about 5:30 p.m. when deputies clocked him going 81 mph in a 60 mph construction zone.
Read more: https://www.jsonline.com/story/news/2019/11/01/packers-linebacker-zadarius-smith-ticketed-marijuana-car/4122463002/
Posted by OrbsCorbs at 9:14 AM No comments: