"I knew I would find it again. At the end he walks past the Ventures and sits next to Bob Bogle. Another YouTube video carries on from there with the Ventures."

Unfortunately, embedding has been disabled on this video, so you'll have to click the link to watch it on YouTube. As always, Japanese TV confuses me.

I've never seen anyone put so much English on the ball.
Posted by OrbsCorbs at 4:29 PM 6 comments:

Hello everyone! Welcome back to Four for Fridays after a long and a little bit of a crazy week. Just glad that Friday is here, so I can get some rest. Here are some questions for you.

2) What kind of shoes do you prefer to wear?

3) Do you keep tabs on the British monarchy?

4) Do you respond to online or phone surveys?

Enjoy your weekend!
Posted by drewzepmeister at 4:19 AM 16 comments:

What Websites Do You Visit Every Day? 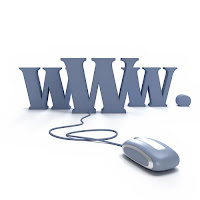 I check out the JTI, Racine Uncovered, Journal Times, Journal Sentinel, and Google News.  Sometimes CNN, Reuters, and/or Yahoo News.  I visit Break.com every few days. That's where most of the crazy videos come from. After I see one I like on Break, I find it on YouTube, because I prefer their embedding. For entertainment, I visit Retrovision.tv, Hulu, Google Video, YouTube and others for movies and/or old TV shows.
Posted by OrbsCorbs at 12:37 AM 5 comments:

And still the politicians lie and lie to us.
Posted by OrbsCorbs at 4:46 PM 1 comment: 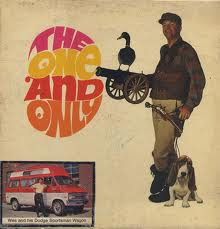 My only day off of work in a eight day week, Drew and I went thrift store shopping on Saturday. This is what we like to do because we can always find real good bargains.

Well this time I really found something I thought I would never see again. Yes this album of Mr. Sound Effects Wes Harrison and I got the album for only a dollar. The one and only time I seen him was at the Wisconsin Dells during a Tommy Bartlet Water Ski Show. This was over twenty years ago that I had seen him. He is really funny and I really enjoyed his show. My son was only three years old and he was sitting there laughing and enjoying the show.

He was in two wars, World War II and the Koren War. When he got out he went to the Aurthur Godfrey talent show and won. Ted Mack gave him his start in the show business, he started to appear on a lot of t.v. shows like Ed Sullivan, Merv Griffin and Dean Martin. He has also done some sound effects for Disney  and MGM shows like Tom and Jerry, Peter Pan and 20,000 Leagues Under the Sea.

I lost this album after my divorce and never thought I would see it again and then I found it. I was so happy when I found this album, I had to listen to it Saturday night when we got home. You should have seen Drew's face listening to it, the looks were priceless. I was sitting there laughing while I was listening to it.

On the album he has The Big Duck Hunt, Odds and Ends, Take a Train and Wes' Car. When you hear this you would not believe what he has done to people. Here are a couple of things from the album- On his car he put a speaker behind the grill and made train sounds going down the street, in a traffic jam he made sounds of a galloping horse with a police officer two cars in front of him, he got kicked off of two planes for making train sounds. He puts on one awesome show.

If you enjoy comedy like this it is a album to get.

Thank you for reading this and please feel free to leave any comments!♥
Posted by Tender Heart Bear at 2:36 PM 5 comments:

Hello, my diaphanous daffodils! How are you? Unfortunately, I am a little ill. I think I caught something from Mr. OrbsCorbs, as I spent most of yesterday either sitting on or hugging the toilet bowel. He knows about these things. He is plagued by them. I have seen him cycle in and out of illness for weeks, even months, at a time. He will vomit for a day, 2 days, 3 days in a row, then take longer to recover. Even my antidotes do not work for him. His gastroenterologist and psychiatrist agree that it is caused primarily by stress. Ha! I know the truth. It is caused by a blood curse that precedes my time. Thus, I can do little to help him.

I am gong to shorten my usual blog today in order to drink Gatorade and try to eat something. I’m so sorry that this happened. “The best laid schemes o' mice an' men / Gang aft a-gley.”

Speaking of diaphanous, here is a song of the same name from a group called Braving the Glacier:

Thank you for reading my blog this week. I appreciate your visit. I apologize for its brevity.

Sick and/or tired? Madame Zoltar has the cure: madamezoltar@jtirregulars.com.

Enjoy the glorious onslaught of our weather, my dears. At this time next year, we may be shoveling snow. Or we may not exist at all because of the end of the world on Dec. 21. Oh my. Just teasing, my loves. Have a wonderful week. Feracious!
Posted by Anonymous at 2:00 AM 6 comments:

Halfway to the weekend.
Posted by The Sheriff at 12:00 AM 13 comments: 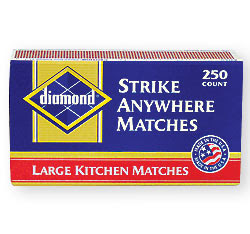 This restores my faith in the enterprising spirit and work ethic of the youth of America.
Posted by OrbsCorbs at 11:07 PM 6 comments:

Harry Wait sent me a link to this:

Very funny. John Pinette has been featured here before:
http://www.jtirregulars.com/2009/10/john-pinette-france-italy.html
Posted by OrbsCorbs at 4:41 AM 11 comments:

"The beauty of pollination"

Charles Bukowski - "The Genius Of The Crowd"

Bukowski has been featured here twice before:

The purpose of this message is to inform you about the Revolution:

Please, watch the "Nazi Banksters' Crimes Ripple Effect" movie to find out why, how, and to have sound arguments to persuade others. The movie can be easily found with a search engine.

Please, print the flyers at 2012jubilee.info and distribute them.

Please, spread this message and the movie to everyone you know.

I received the above the other day. Below is the trailer for "Nazi Banksters' Crimes Ripple Effect:"