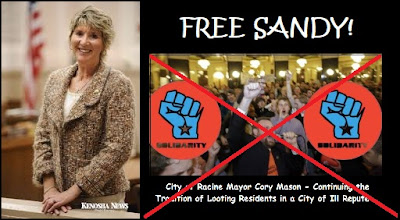 Posted by Clint Teeters at 5:41 AM

One crime after another from City of Racine Attorney's Office.

In yer face - and direct!