t appears Mr. Bhatia’s reelection campaign has begun with the traditional strategy of selectively focusing on presumed accomplishments, hoping voters won’t recall his liabilities and missteps on Election Day.
Bhatia is correct on one item: Six of the seven village trustees are working together as one body under the leadership of Village President Dave DeGroot, the only village leader to have ever been censured in the history of the community.
Together, with Mr. Bhatia’s full endorsement, he and his friends voted to “blight” 3000 acres of private property, intentionally opening the door to eminent domain seizure of land to convey to a private, foreign corporation - a company that is no longer making the same product line described in the developer’s contract and altered their workforce projections that was originally agreed upon.
Together, Mr. Bhatia and his friends sat stupefied and confused when residents came forward to reveal malicious eminent domain actions and threats made to them by staff and contractors - seemingly unaware and uninformed about the activities taking place on their behalf. At the time, Mr. Bhatia admitted not to understanding the meaning and impact of his vote upon the residents in the audience, and then sat silently when Special Counsel called the same residents a “bunch of a holes” publicly and on record.
Together, Mr. Bhatia and his friends failed to provide promised leadership and oversight authority to the community for stormwater pollution and erosion control for the Foxconn development - leading to a DNR citation and fine for polluting the Pike River watershed before Foxconn put up the first wall of the first building.
Together, Mr. Bhatia and his friends voted to increase the construction costs for a proposed EMS station which is now more than 100% over budget because they failed to require the most basic cost projections from Chief Stedman - who coincidentally makes campaign contributions to the Village President, Trustees Eastman, Clausen and to Bhatia. 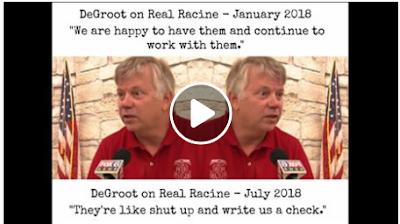 Posted by Clint Teeters at 1:07 PM

Must be Kelly's photoshop work of DeGroot looking both ways before he is about to get run over by the BUS.

Now MTP is on the hook for paying for da' BUS - which will move workers from Cty of Ratcine to the MTP Foxconn Complex.... 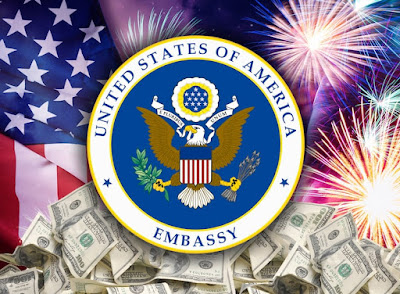