"(Reuters) - Lawmakers stopped anti-piracy legislation in its tracks on Friday, delivering a stunning win for Internet companies that staged an unprecedented online protest this week to kill the previously fast-moving bills.
"Senate Democratic leader Harry Reid said he would postpone a critical vote that had been scheduled for January 24 "in light of recent events."
"Lamar Smith, the Republican chairman of the House of Representatives Judiciary Committee, followed suit, saying his panel would delay action on similar legislation until there is wider agreement on the issue.
"'I have heard from the critics and I take seriously their concerns regarding proposed legislation to address the problem of online piracy. It is clear that we need to revisit the approach on how best to address the problem of foreign thieves that steal and sell American inventions and products,' Smith said in a statement."
Read more:
http://www.reuters.com/article/2012/01/21/us-usa-congress-internet-idUSTRE80J10X20120121

Hello everybody! Welcome back to another amazing episode of Four for Fridays-where I have the questions and you have the answers.... Here are questions for you.

1) Have you ever felt the you are the only sane (or crazy) person in the room?

2) If you were to take a road trip cross country with one person, what person would you take?

3) What is your favorite meal of the day?

4) What are your views on censorship?

Enjoy your weekend!
Posted by drewzepmeister at 2:57 AM 24 comments:

What? What did they say?

I understood "What's the point?" and "Come back."

Jeremy Kyle is a British version of Jerry Springer.
Posted by OrbsCorbs at 7:59 PM 3 comments:

"The Government Wants to Kill the Internet"

Hello, my eclectic Eskimos. How are you? My, what a difference a week can make. Last week I was marveling at the warmth and lack of snow. This week, well, you know what happened: snow, ice, cold. So much for our overextended Indian Summer, and on into the breech of winter. Oh dear, I don’t like it. I don’t like the snow, I don’t like the ice, I don’t like the cold. I don’t like any of it. Time to astral project to one of the Caribbean islands.

You also know what happened to our vaunted Green Bay Packers: loss, defeat, end of season. The New York Giants defeated the Packers in their first playoff game. Oh my. Contrary to the rumor that Mr. OrbsCorbs was spreading, I did not go to the ER after the Packers’ loss. I told Mr. OrbsCorbs that Junior’s acting out of each play in front of Senor Zanza and me and the television almost put us in the ER a couple of times. I’m an adult and I know how to handle the Packer loss. Senor Zanza and I got stinking drunk.

Winter can make me melancholic. Melancholy makes me want to listen to music. Thus, I give you a great song by a great artist, Tori Amos perfuming “Winter”:

That song always leaves me a little teary-eyed. I hope that you enjoyed it, though. I hope you enjoyed my entire blog. Thank you for reading it. I just adore visits from the Irregulars and regulars alike. I love you all.

In these dire economic times, I have found it necessary to obtain a second source of income, at least temporarily. Therefore, I have instituted Madame Zoltar’s Income Tax Services, Inc., LLC. I am a CPA (Certified Psychic Accountant) and I offer deep discounts to readers of my blog. Plus, if you get audited, your auditor will be cursed for eternity. Contact madamezoltar@jtirregulars.com.

Be careful out there, my dears. It’s slippery and the frozen ground is unforgiving. Walk safe. Drive safe. Be safe. Madame Zoltar watches over you all. Laconicum!
Posted by Anonymous at 2:00 AM 6 comments:

Chocolate candies and strawberries. Yum! (Click on the picture to see the glass sparkle.)
Posted by The Sheriff at 12:00 AM 14 comments:

"Wikipedia to go dark Wednesday in protest against SOPA, PIPA"


"Joining the protest against two proposed federal Internet regulation bills, Wikipedia's English-language site will be blacked out for all of Wednesday, co-founder Jimmy Wales announced on Twitter today.
"Beginning at midnight ET on Jan. 18, visitors will see a protest message for 24 hours, Wales tweeted. The move will affect 30 million to 40 million users, he said, correcting an initial figure of 100 million.
"'This is going to be wow,' read one of his tweets.
"Wikipedia and several other sites are calling on lawmakers to block the Stop Online Piracy Act (SOPA) and Protect Intellectual Property Act (PIPA). They are concerned the laws will 'hold website owners liable for links to sources of illegal music and movie downloading, with a detrimental effect on free speech online,' The Financial Times reports."
Read more: http://content.usatoday.com/communities/ondeadline/post/2012/01/wikipedia-other-sites-protest-sopa-go-black-wednesday/1

I don't know enough about this legislation to make an informed comment on it, but I do know that Congress screws up everything it touches. Wikiless Wednesday! Power to the net!
Posted by OrbsCorbs at 6:42 PM 4 comments:

Streets crack through in havoc-split ravines
As the doomstruck city crumbles block by block:
The hour is crowed in lunatic thirteens.

Fractured glass flies down in smithereens;
Our lucky relics have been put in hock:
The idiot bird leaps out and drunken leans.

The monkey's wrench has blasted all machines;
We never thought to hear the holy cock:
The hour is crowed in lunatic thirteens.

Too late to ask if end was worth the means,
Too late to calculate the toppling stock:
The idiot bird leaps out and drunken leans,
The hour is crowed in lunatic thirteens. 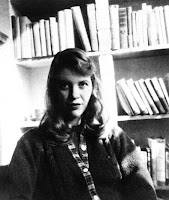 "Sylvia Plath (October 27, 1932 – February 11, 1963) was an American poet, novelist and short story writer. Born in Massachusetts, she studied at Smith College and Newnham College, Cambridge before receiving acclaim as a professional poet and writer. She married fellow poet Ted Hughes in 1956 and they lived together first in the United States and then England, having two children together: Frieda and Nicholas. Following a long struggle with depression and a marital separation, Plath committed suicide in 1963.[1] Controversy continues to surround the events of her life and death, as well as her writing and legacy.

"Plath is credited with advancing the genre of confessional poetry and is best known for her two published collections: The Colossus and Other Poems and Ariel. In 1982, she became the first poet to win a Pulitzer Prize posthumously, for The Collected Poems. She also wrote The Bell Jar, a semi-autobiographical novel published shortly before her death.[2]" 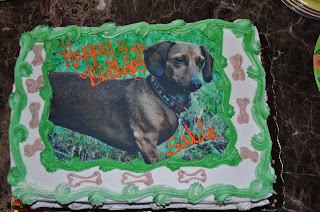 I hope you all have a good start to the workweek.
Posted by The Sheriff at 12:00 AM 20 comments:

Here she is performing "Fever" 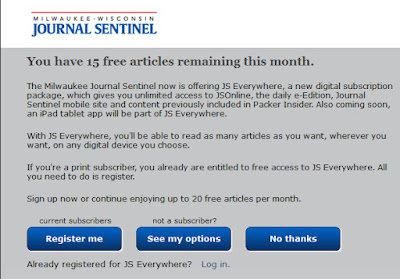 The above image (click to enlarge) appeared on my monitor this morning as I perused JSOnline articles. You get 20 free articles a month now. If you want more than that, you must subscribe. A subscription to their print paper automatically entitles you to online access. If you want online access only, it's $4.29 a month.

As a Pulitzer Prize winning newspaper noted for its investigative journalism, I think $4.29 a month is a bargain for the Journal Sentinel. As a resident of Racine who exhausts his entire income just to stay alive, I can't afford it. So it goes.

Will the Journal Times be next? Would you pay for online access to either one?
Posted by OrbsCorbs at 2:27 PM 8 comments:

Email ThisBlogThis!Share to TwitterShare to FacebookShare to Pinterest
Labels: JT

Both my Mother-in-law and my daughter share a birthday with a very great man. We showed this video to the girls for the first time, still a little too young to appreciate or understand the meaning behind it but I think it's an important topic.