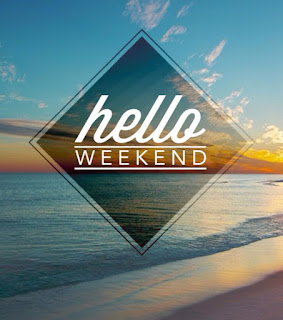 Hello everyone I hope you are all doing well with this roller coaster of weather we have been having. I am posting this early because I have to take my daughter back to college this morning. I hope everyone has a great week despite the cold weather. Here are your questions.

1) Have you went away for the weekend and gotten snowed in were you went?

2) Have you ever went out after  a snow storm and gotten plowed out of your own driveway?

3) When you were younger have you ever had to help shovel the sidewalk at your school?

4) Have you been nice and helped your neighbor shovel their driveway?

Posted by Tender Heart Bear at 4:36 AM 3 comments:

See all those assholes speeding while it rains or snows? I hope each one smashes into a brick wall.
Posted by OrbsCorbs at 12:43 PM No comments:

Too bad they had to ruin this video with that rap shit.
Posted by OrbsCorbs at 12:30 PM 1 comment: 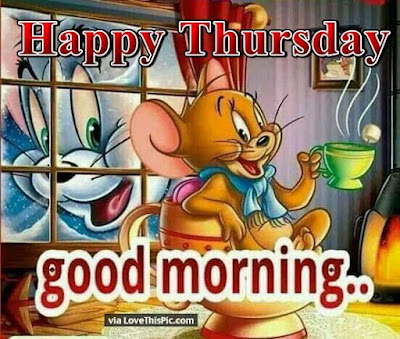 Watch out Jerry! Tom is right behind you!
Posted by The Sheriff at 12:00 AM 2 comments:

Hello, my raisins and rasinettes!  How are you?  Our weather hasn't been too bad, but it's January and that's highly likely to change.  In another month, they'll use a groundhog to predict the weather.  The world is effing nuts.  I've decided to go with the flow and take the easy money when it's offered.  Give me $10 and I'll tell you your future.  Give me $20 and I'll tell you a better future.

The Giants of Green and Gold have moved on to divisional playoffs against the Cowboys at Dallas this Sunday, 3:40 pm.  Go, Packers, go!

Blah, I have nothing to talk about today.  Seriously, other than being continually screwed by our local lawmakers and kingmakers, I don't have much to report.  The same old, tired lies are hauled out as soon as you question anything about Machinery Row.  Have you seen this?: http://racinecommunitymedia.tumblr.com/post/155662427578/more-questions-and-concerns-by-racine-residents

As I understand this, Rodney Blackwell expects us to "buy back" the properties from him.  Ha ha ha ha ha ha!  What a horrid, stinking, little "man" is Mr. Mayor of Racine.  These backroom deals ae beginning to rot in more and more volume, taking more and more of our money.  Where's Superman when you need him?

My advice: keep pressing and pressing Mr. Mayor with questions about the almost innumerable lies he's told us.  The FBI should be here right now looking over the finances of Machinery Row.  But they aren't, so we get screwed by Mr. Mayor Lying John again.  He seems to think he possesses some sort of aura and is totally oblivious to the plight of other human beings.

I'm sorry, but sometimes it makes me physically ill to get too involved in the scheming and cheating of Lying John.  I get very depressed that he "leads" our city.  I worry much for our children.  So I'm going to cut it off right here.

I love all of the people who stop by to read my blog.  It's very gratifying and I thank you.  Without you, we're nothing.  With you, we're the JTI, looking for some fun and love.

How much money will we owe when Lying John is dragged from office?  Ask madamezoltar@jtirregulars.com

It's good to see other forms of protest against Mr. Mayor Lying John. He is abusive to those around him and completely destroyed the atmosphere in City Hall. May our atmosphere remain warm and dry.

Please donate: paypal.me/jgmazelis
If you don't like PayPal, send me a note at madamezoltar@jtirregulars.com and I'll send you my street address so you can send a check or money order.  Thank you.
Posted by Madame Zoltar at 2:00 AM 3 comments:

Will we learn how to make a nuclear bomb out of common household items?
Posted by The Sheriff at 12:00 AM 1 comment:

I’m Art Kumbalek and man oh manischewitz what a world, ain’a? Listen, first thing here is a “thank you” to reader Yvonne for her very nice note, and abso-focking-lutely I shall send your regards to the fellas.

Next, a hearty congratulations to our local broadcasters John Malan and Tom Pipines as they hang up the barometer and scoreboard respectively, soon to be retired, the lucky son-of-a-guns. For me, I don’t see any retirement coming down the pike. Retire? No sir. Expire, oh yeah, and I won’t be shaking any hands as I head out the Shepherd’s hallowed door feet first, what the fock.

So, I’m making my rounds the other day and some guy says to me, “Hey Artie, writing those essays of yours must be good therapy, ain’a?” And I’ll tell you’s, if it’s such good therapy, I wish President-elect Orange Circus Peanut would start writing newspaper essays instead of sending those stupid-ass tweets all the time ’cause if ever there were a candidate-elect ready to be a throw pillow on a therapy couch, it’s Trumpel-thin-skin. Which reminds me:

Man walks into a psychiatrist’s office, completely naked except for a layer of Saran Wrap. Psychiatrist says, “I can clearly see you’re nuts.” Ba-ding!

Why can’t you hear a psychiatrist using the bathroom? Hey, because the ‘p’ is silent. Ba-ding!

So you betcha, if whipping out these essays off the top of my head is good therapy, I guess that makes Artie his own therapist, how ’bout that. By cutting out the middleman, I figure I’m saving myself about a $120-$150 bucks an hour; so the drinks are on me. And as a therapist, one thing I know is that we can all use an extra pat on the back. Actually, I got a better idea. More than an extra pat on the back, we could all use an extra $Jackson in the backpocket, ain’a? Hold on, I got an even better idea. How ’bout, say, you go see one of these psychiatric guys for a little shrink rap and at the end of the session he gives you a crisp $100 instead of the other way around—“Hey doc, gosh. Thanks for the dough. I’m feeling better about myself already.” And isn’t that the point?

Fock if I know, but I sometimes do wonder what things would be like these days if there had been an outbreak of the psychology racket in the olden days. Say back in the year 0027 or something, they pull Jesus in for a psych session: “Well, Mr. Christ, to me it looks like we’re dealing with a pattern of self-destructive behavior here. I’d say you were clinically depressed, but that hasn’t been invented yet. This savior thing. It’s a grand idea, but practically speaking, what about the future? Do you actually see yourself doing this at age 40, 50? And you say one thing, but then do another. ‘Love thy neighbor,’ fine. But then you go bust up their money-changing temple. What I’d like to do is see you weekly for the long-term. Who is your health care provider, Mr. Christ?”

I’ve heard that some psychiatrists like to quiz their patients about their dreams. If I were seeing a shrink instead of seeing myself, I’d tell him about the one I had just the other night that goes something like this:

Vladimir Putin, Art Kumbalek and Donald Trump were set to face a firing squad in a small Middle-Eastern country. Vladimir Putin was the first one placed against the wall, and just before the order was given he yelled out, “EARTHQUAKE!” The firing squad fell into a panic and Vlad jumped over the wall and escaped in the confusion.

Art Kumbalek was the second one placed against the wall. The squad was reassembled and Artie pondered what he had just witnessed. Again before the order was given, Artie said, “Gentlemen! SANDSTORM!” Again the squad panicked and Artie slipped over the wall.

Now it was Donald Trump’s turn. He was thinking, “I see a pattern here, oh boy, I’m so hugely smart.” He confidently refused the blindfold as the firing squad reassembled. As the rifles were raised in his direction, he gave a thumbs-up, stuck out his chin and yelled, “FIRE!”

Ba-ding! ’cause I’m Art Kumbalek and I told you so.

Related: https://theshepstore.kostizi.com/
Posted by The Sheriff at 8:19 PM No comments:

2016 was the year of death for me I suppose that's a consequence of growing older. The big name losses in the music industry (David Bowie, Lou Reed, Leonard Cohen, et. al.) hit my favorites hard.

In private, I learned of the deaths of two former friends. One was a woman I had a very complicated relationship with for years. I met her in AA and her mind was the quickest I've known. Unfortunately, she started lying and stealing. She told me that she stole from every job she'd ever had. I was flabbergasted. When her lies and other bullshit became too much, I told her to leave me alone. She did. She and her fully grown son moved to Colorado because pot is legal there.  His birthday reminder popped up on Facebook the other day and I checked on his page for the hell of it.  Then his mother's.  She died last spring, in her sleep.  Shit.  Well, I guess her son followed what I told her abut leaving me alone.

The other death occurred here, in this building.  Shortly after I moved here, I met an old AA buddy who had been living here for years.  She and I used to spend hours in the (AA) Central Office talking.  She was very shaky every time I saw her here.  Then, the other day, I see on the bulletin boards that she had died and some people were trying to find a new home for her cat.  I was stunned.

I suppose I better get used to seeing people drop dead around me until it's my turn.
Posted by OrbsCorbs at 6:07 PM 1 comment:


"Old man winter dumped snow and ice on nearly every corner of the country. Find out which state was spared. USA TODAY NETWORK" 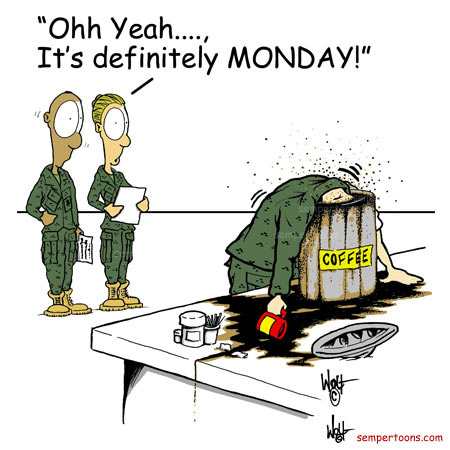