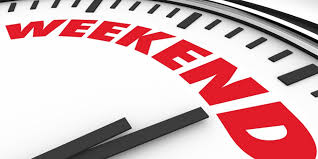 Well the warm weather has finally come and now I hear everyone complaining it is to warm. This weekend it is going to be around 90 degrees so I may finally be putting the a/c on. It has been warm but no need for the a/c with the breeze we have been getting. Here are your questions.

1) What is your favorite wildflower?

2) If you have a favorite type of tree what kind is it?

3) Do you go out to look at the wildflowers?

4) Have you ever taken a picture of the wildflower or tree that you like?

Have a great weekend!
Posted by Tender Heart Bear at 9:06 AM 2 comments: 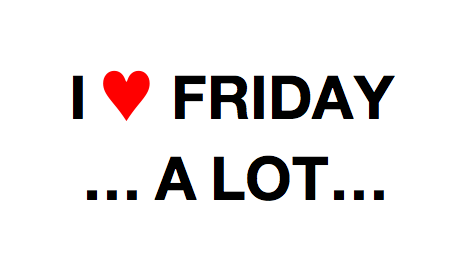 Isn't State Farm a little staid to be sponsoring this?
Posted by The Sheriff at 12:00 AM 1 comment:

Hello, my dear friends!  How are you? I've been trying to help Mr. OrbsCorbs with his new operating system and my heed is spinning.  He has weeks worth of things to do now. I think what happens is that the overall task is staggering so it's best to take it in small pieces.  Poking around some old IDs apparently got someone at Google angry.  Tough poop.

And this is only Windows 7.  They're already up to Windows 10.  I'll be dead before I get
through that.  The technology drives the young, but when you get older, you find you don't need the speed or connections you once did.  I'd rather have a warm foot bath than the latest computer

Of course I get neither

Damn, now I'm having trouble formatting what I write

Junior has started his own lawn mowing company  Look, I'm sorry but there's something wrong with this blog the formatting back here is almost senseless.

I'm sorry I can't continue with all of my periods going to the start of the sentence. I don't get too wired anymore.
Posted by The Sheriff at 12:00 AM No comments:

By Art Kumbalek  5 hours ago

I’m Art Kumbalek and man oh manischewitz what a world, ain’a? Listen, kind of got my hands full here, so I’ll start you off with two, maybe three, little stories from my buddy Ray while I check on the progress of a couple, three ice-cube trays I’d like to harvest. What a life that guy leads:

So I’m sitting next to this older woman at the tavern last night. She looked pretty dang good for being 60, I kid you not, and I would’ve bet that if she had a daughter, she’d be a real dish, too. So we’re going to order another round and she asks me if I ever had a “sportsman’s double.” Never heard of it, so she tells me it’s a mother-daughter threesome. Holy cow, if the daughter is a forty-years-younger version of this gal, I really ought to try a “sportsman’s double,” what the fock. So we go back to her place, she flips on the hall light and shouts upstairs, “Ma! You awake? Company!!!” Ba-ding!

I know a married couple who both lost their jobs at this broom factory Up North there, and were having a hard time finding new jobs ’cause our Republican state sucks for jobs.

And to boot, the couple’s mounting credit card debt required some immediate income. The wife suggested that she could whore herself out, but her husband was less than thrilled about that idea. But financial necessities along with a less-than-swinging economy got the best of her, and she went behind her husband’s back to go whoring.

One night, she came back with a huge wad of cash and came clean to her husband about how she had earned it, adding that desperate times required desperate measures. Sure, he was upset, but curious as to how much she made. “I made $398.10,” she said. “Who the heck paid ten cents?” the husband asked. “Everybody,” she said. Ba-ding!

So I’m at this wedding ’cause you know, it’s June. The guy and gal are standing at the altar, about to get pronounced by the pastor, when the bride-to-be looks at her soon-to-be groom and sees that the knucklehead has a set of golf clubs with him.
“What in the world are you doing with those golf clubs in church?” she says.
“Well,” he says, “this isn’t going to take all afternoon, is it?” Ba-ding!

OK, I’m back. So, as I was going to say, if you listen to the Speaker of the Crapola Paul Ryan yammer about the Republican tax-cut budget and their health-care notion that includes everything you’d want except health care, you’d have to believe that if these head-cheese proposals were to see legislative light of day, we’d all be living on Easy Street ’cause when you eliminate taxes for rich jackasses and any kind of government spending, everybody wins, ain’a? What the fock, and if you’re poor, sick and/or elderly, you better start playing the lottery if you expect to have a pot to pee in, focking loser.

And speaking of poor, sick and elderly, I see myself covering that trifecta right around the corner, you bet. But I’m not worried, no sir, ’cause I’m thinking of cooking up a brand-new religion for the people of the world to rally ’round, and soon I’d be a rich guy who didn’t have to pay taxes. I could live with that, and it’s something I’ve been working on whenever I got some spare time, what the fock.

But I’ll tell you’s, dreaming up a religion out of the clear thin blue air is no piece of focking cake. First thing with a religion before you can start collecting money is you got to have a handbook that’s got all kinds of rules, routines and dogma—not to mention dictums—that people need to memorize ’cause you just can’t have people making stuff up as they go along or before you know it they’ll be at each other’s throats.

And yes, the dictums. You got to have good dictums and they goddamn better be set in stone from the get-go, and you know what? You just don’t come up with a bunch of dictums overnight. Dictums are a bitch. I spent all last week considering dictums and I’m still a day late and dollar short on dictums for my religion.

I did come up with three, though: Good deeds; kind words; let a smile be your umbrella. But if that is to be the holy trinity of my own religion, I may as well consider myself already excommuni-focking-cated. What a world.

Perhaps to perform a miracle would be wise, pronto. And so shall I visit the Uptowner tavern/charm school and change a recently donated Hamilton sawbuck into bourbon. God bless America, ’cause I’m Art Kumbalek and I told you so.

From: http://shepherdexpress.com/article-29859-on-wiscovfefe.html
Posted by The Sheriff at 9:36 PM No comments:

I knew that the sign-ins would be the worst.  And they are.  What happened with me is that I got so sick and tired of preparing for the big switch that I finally just said, "Fuckit.  Let's do it," and put the disc in.  I am getting the download speed I was promised.  Everything else is a pain in the ass. I haven't eaten well or slept well for two days.  The diarrhea continues.  My bathroom looks like a shit bomb exploded in it.  And, to be honest, I don't see the advantage of this operating system over XP.
Posted by OrbsCorbs at 6:03 AM 3 comments:

What kind of birds are those, drew?

I'm going absolutely insane with this new computer operating system.  "More difficult" does not mean "better."
Posted by OrbsCorbs at 5:50 AM 3 comments: Sorry to be so late with this.  Windows 7 is going to take some getting used to.  The Sheriff hasn't been able to sign in.  So I'm doing it for him.  What a mess. And my diarrhea continues.  There's shit all over the apartment.
Posted by OrbsCorbs at 9:14 AM No comments: