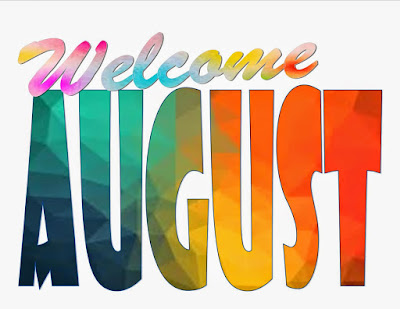 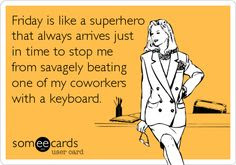 Sounds about right.
Posted by The Sheriff at 12:00 AM 6 comments: 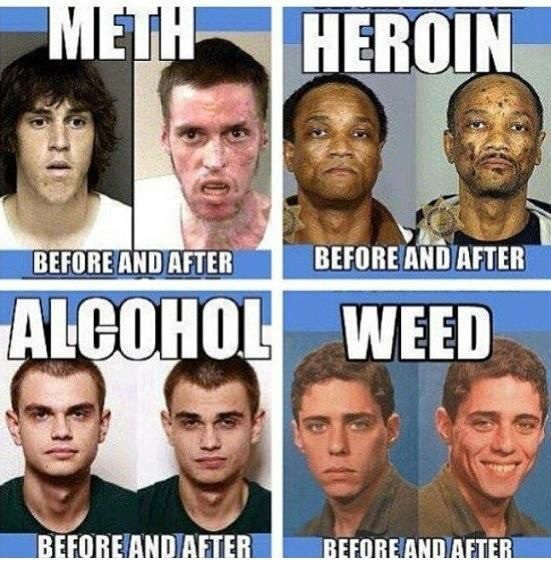 "Depression And Mental Illness Behind Rising Number Of Teen Suicides"

"With more youth dying from suicide in some southeastern Wisconsin Counties, some are calling out this public health crisis as the numbers have increased, according to a story by Fox 6.

"From 2009 through 2014, 71 children have committed suicide in Milwaukee, Racine, Kenosha, and Waukesha counties. Some of those kids were as young as 11 years-old. A dozen of those youth were from Racine County. This year, seven southeastern Wisconsin youth have already killed themselves and among them is Cameron Langrell, a Caledonia teen who killed himself this year.

"Of those who died, many had been sexually assaulted, had problems with their boyfriend or girlfriend, had trouble at school or struggled with their sexuality. According to the story, for every one person that is successful in committing suicide, there are 11 people who have attempted. 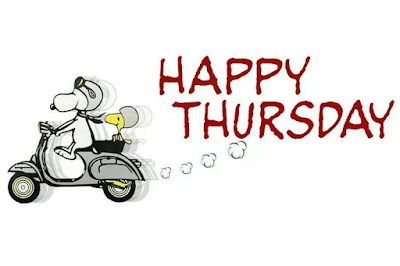 Glad to see that you're wearing your helmets.
Posted by The Sheriff at 12:00 AM 7 comments:

"City, Bars, and Barber Shops To Hand Out Free Condoms"

"In an effort to reduce the number of people who get sexually transmitted diseases, the Racine Health Department is kicking off an awareness campaign called 'Take Control: Your Body, Your Health,' which includes handing out free condoms in bars and barber shops.

"Racine County ranks fifth in the state for the number of people that have chlamydia, and it ranks fourth highest in the state for gonorrhea.  In the city, one out of 100 residents contracted an STD in 2014. Young adults ages 21 to 29 years-old consistently ranked high in having STDs.

“'Stopping the spread of STDs is our number one priority,' said Dottie-Kay Bowersox, public health administrator for the City of Racine Health Department. 'Getting people tested and treated before passing a disease on to a partner is a proven approach to reducing the burden of STDs and keeping our community healthy.'


I don't go to bars or barbershops.  Where's my free condoms?
Posted by OrbsCorbs at 10:38 PM 1 comment:

Hello, my butterflies!  How are you?  Keeping cool? I was talking with a friend the other day and we both agreed that this has, so far, been a normal summer for us.  We do need rain, but we’re not at drought levels, yet.   It’s been pretty hot a few times, but nothing abnormal.  Let’s hope that next winter is the same.  Cold, but not arctic cold.  Of course, ever since Mother Nature went insane, nothing is for sure.  She’s off her meds and on the prowl.  I also think that she likes to make meteorologists look bad by not following their predictions.  She’s such a screwball.

And speaking of screwballs, what a bunch are running this country?  Too bad that we can’t just hit a reset or reboot button to start all over. When did American politicians go bad?  I’ve lived a few decades, and I don’t remember it like this.  Why does a difference of opinion now lead to hate?  Maybe it’s time to add some tranquilizers to the water.  And lace the booze with truth serum.  Heck, I do that for breakfast.

My hero, Señor Zanza, may have saved a life the other day.  We went to Wal-Mart.  (I know, but the prices are so low.)  In the parking lot, Señor Zanza spotted a young child in a locked car parked in the sun.  Windows rolled up.  He immediately got the store to announce the type of vehicle and where it was parked.  A sheepish-looking woman finally showed up.  He gave her a tongue-lashing.  He told her we were moments from calling the police and throwing a brick through the car glass to let in air.  She agreed it was the wrong thing to do, but she was “just going to run in and quickly get a few things.”  Huh!  There’s no such word as “quickly” in Walmart.

Now, Señor Baby Saver acts a little snooty.  There’s talk of giving him some sort of civic award.  That scares the poopy out of the little snooty.  “He doesn’t want to appear on TV or video of any kind.  He refuses to allow his face and/or portrait photographs of any kind to be shown.  He is adamant!  And probably guilty of 40 major crimes,” said the TV producer.

“Do you have any proof of that?” I asked the producer.

I can’t think of Señor Zanza, my partner for years, guilty of any crime, I think.  Yes, no, I don’t know.

You know, a scandal about him might easily spill over into my business.  “Don’t worry,”
the Señor says.  “Everything will be alright.”

And speaking of things spilling over, I have a client to attend to later today, so I won’t be able to make it to the get-together. I apologize.  My client ha$ i$$ue$ he need$ to re$olve.  I still love you all, every last one.

Here’s a heartwarming story for us dog-lovers:


Aww, good dog.  I tried practicing what Mr. OrbsCorbs said about rubbing noses with online pets.  I didn’t get bit or anything, but now my screen is greasy.

I hope that you enjoyed my blog this week.  You know I love the company.  You’re my pals!

Thanks again for stopping by.  Get out and have some summer fun, but don’t get hurt.  (“Yes, mother.”)  Whatever else you do, don’t forget the sunscreen.  Mr. Sun has caused a lot of Big C in baby boomers.  I told you Mother Nature is insane.  I love you all.
Posted by Madame Zoltar at 3:08 AM 4 comments:

So which letter is the hump?  E?

I am sorry I have not posted anymore wildflowers. I have been busy with having the grandkids here for a week and doctor appointments also I went to a concert with my two older kids that was my Mother's Day present from my kids. This has been one crazy summer for me this year. I hope everyone is enjoying there summer and not going out when it is to hot outside.

The good thing is Drew and I have been able to get out and get some pictures to share with everyone and we have also gotten pictures of some new flowers for us. I am going to post some of the new ones this time. Here are the pictures- 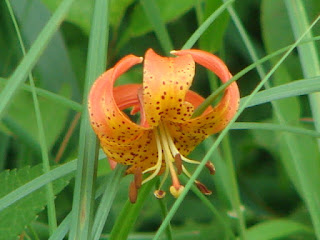 This is a picture of a Tiger Lily this picture was taken at Navarino Wildlife Refuge in Navarino Wi.

This is a picture of a Blue Vervain this picture was taken at Horicon National Wildlife Refuge in Lomira Wi. 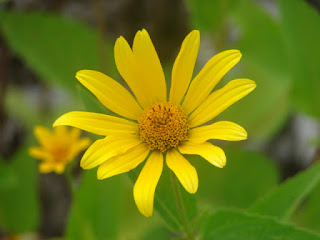 This is a picture of a Compass Flower this picture was taken at Navarino Wildlife Refuge in Navarino Wi. 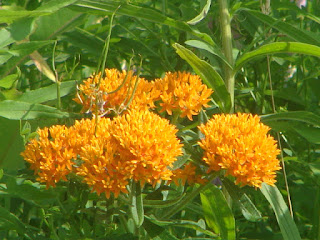 This is a picture of Orange Milkweed this picture was taken at Richard Bong State Recreational Area in Brighton Wi. 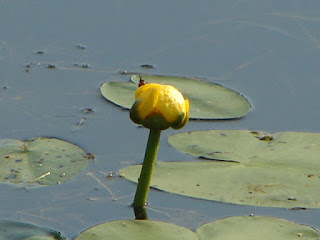 This is a picture of a Yellow Water Lily just starting to bloom this picture was taken in Pickeral Wi. 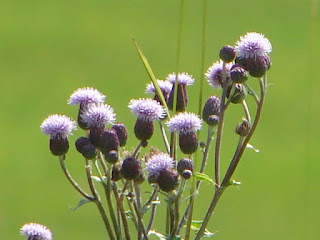 This is a picture of Canada Thistle this picture was taken at Pritcher Park in Racine Wi.

I hope everyone enjoys the pictures as much as I enjoy going out and taking the pictures to she with all of you. I hope you have a great day.

Posted by Tender Heart Bear at 8:33 AM 3 comments: 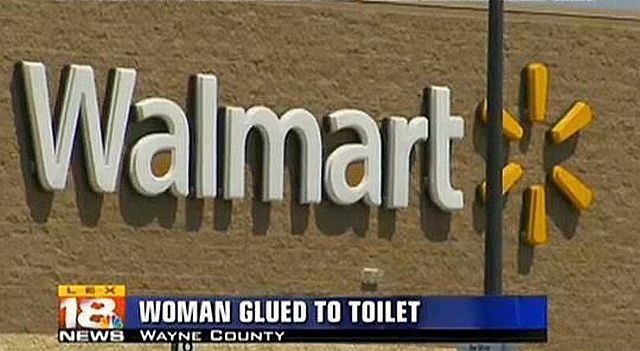 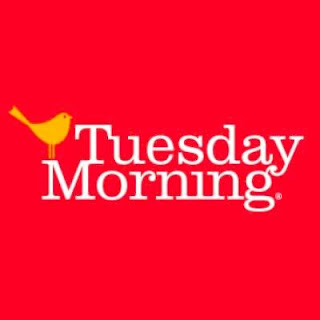 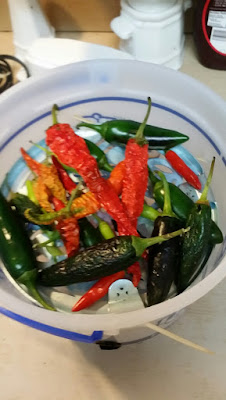 I needed a food dehydrator so I invented one. 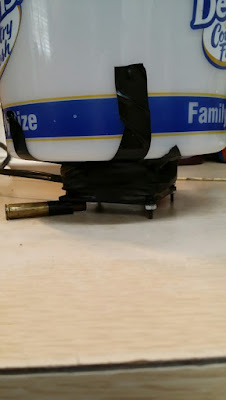 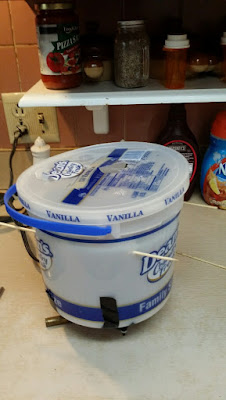 Email ThisBlogThis!Share to TwitterShare to FacebookShare to Pinterest
Labels: inventions

You'd think they'd run out of idiots. Btw, gasoline is VERY EXPLOSIVE, ESPECIALLY THE FUMES! I think because people pump their own gas now, they think it's no big deal.
Posted by OrbsCorbs at 4:40 AM 3 comments: 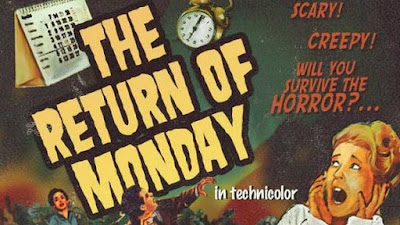 Do we get our money back if we can't stand the show?
Posted by The Sheriff at 12:00 AM 6 comments:

But my memory is a sieve.

Then, from The Journal Times.com: Strempler: Oak Ridge Care Center, a wonderful place for loved ones

Email ThisBlogThis!Share to TwitterShare to FacebookShare to Pinterest
Labels: health

Imagine being told that you can grill outside, but the smoke mustn't pass your property lines.
Posted by OrbsCorbs at 6:31 PM 2 comments:

Email ThisBlogThis!Share to TwitterShare to FacebookShare to Pinterest
Labels: Crime

"Duet for Saw and Coyotes" 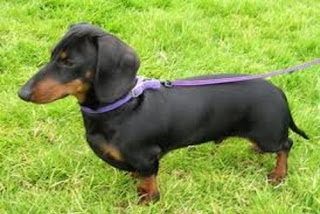 "But to race organizers, the actual winners are two animal rescue groups who will receive the proceeds from Scooter’s Annual Wiener Dog Race on Saturday.

"Marsha Connet, events coordinator for Katie’s Canine Klubhouse, said the race began as a way to bring attention to rescue organizations, then turned into a fundraiser. Now, 100 percent of the proceeds will be donated to HOPE Safehouse and Tailwaggers 911."


Beejay, is Sable a racing dog or is she above that?
Posted by OrbsCorbs at 5:48 PM 2 comments:

In my opmiom, Racine Community Media has been an asset to the community from the start. It's a great source website for local news.

Thank you, Racine Community Media, for reporting the lies and uncovering the truths.
Posted by OrbsCorbs at 3:06 AM No comments: