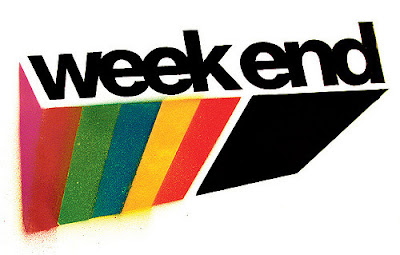 Christ, you'd think it was Racine or something.
Posted by OrbsCorbs at 12:01 PM 3 comments:

I am so sorry I am posting this late it is because Drew has today off of work and I was actually able to sleep in for a day. It was really nice not to hear the alarm clock go off for a day. Here are your questions for today.

1) Do you have any St. Patrick Day plans?

2) What are your plans for St. Patrick's Day?

3) If you go out for St. Patrick's Day do you have a designated driver?

4) What kind of dinner do you have for St. Patrick's Day?

I hope everyone has a very safe St. Patrick's day.
Posted by Tender Heart Bear at 10:43 AM 3 comments: 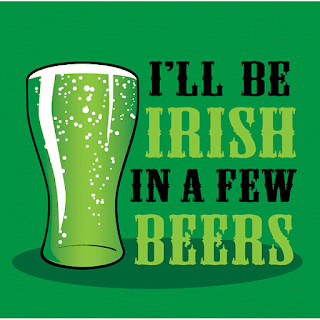 Posted by The Sheriff at 3:00 AM No comments: 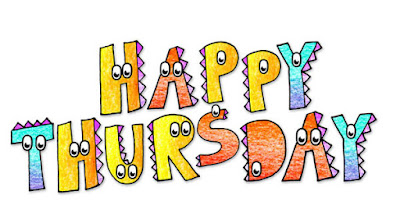 Hello to my friends about to get drunk on Friday on green beer.  Moderation is the key.  Salute St. Patrick, but don't make a drunk out of it. Have a couple beers, but  that's it.  No one really likes green puke, anyway.  If you have to hurl, hurl somewhere on the green landscape.  Everything is poking out of the snow, especially nearer the home.  Heat and sunshine are all it takes.  Darken up those areas, for that attracts the sun.  They should be unfrozen within a day.  Fish, fish, fish!  All the fish you  could ever want unfrozen in a day.  Something smells fishy to me about our agreement.  Something smells fishy about my online terms.  Real money, OK?  Not lukewarm promises that never come true.

What the hell happened to all of the plow drivers this morning?  I was out from 10 a.m to noon and never saw a government plow.  Apparently, they're saving up for major snow removal tonight.  I hope so.  Some highways were impassable because of the drifting snow.

Clean up the roads, boys, and on Friday you get green beer.  Please have a designated driver, and get shit faced.  When I've been the designated driver, I don't even go into the place(s).  I drop my friends off and tell them to call me when they're ready to go.  I've never found it interesting to watch someone else get drunk.  I'd rather go online and await the call in a few hours.  I can nap, too.  Whatever.  St. Patrick's Day has become a big, hyped-up mess, like most of our holidays now.  It certainly condones the consumption of alcohol, and lots of it.  Just like most of our holidays.  Most Wisconsinites don't need too much prodding to have a shot and a beer or two on any given day.  No wonder our highway fatalities compare poorly with other states.

The liquor lobby in Wisconsin is huge and multifaceted.  One way or another, you're going to pay.  You can pay now while it's clean and easy, or wait until it's a mess.  No matter what else happens this time of year, St. Paddy's is a great day for a cop to hustle and/or drink.  Just don't push it.  Let it unfold, instead.  This Friday.  Be there or be square. The best of the state vs. the best of the rebels  Wow.

I'll bet you that my dad is working in a bookie joint.  That's where this road leads.  Want out?  Contact  madamezoltar@jtirregulars.com

Well, the JT Irregulars wish that the road may rise up to meet you as you fall on your drunken face.
__________________________
Please donate: paypal.me/jgmazelis
If you don't like PayPal, send me a note at madamezoltar@jtirregulars.com and I'll send you my street address so you can send a check or money order.  Thank you.
Posted by Madame Zoltar at 2:04 AM 2 comments: 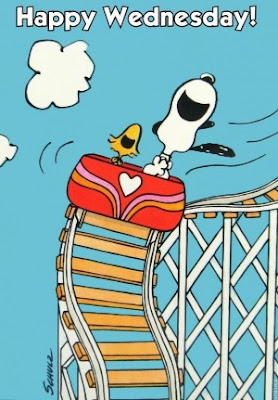 So listen, as a guy of Polish plus who-knows-what-the-fock heritage, you won’t catch me blowing my party horn this time of the year, here in the throes of St. Patrick’s Week-and-a-focking-Half, I kid you not.

But this year, for personal health reasons, neither will you catch me pissing and moaning about all the blarney, malarkey and Irish hoopla. I figure my blood pressure would be blessed if I were perhaps a wee bit more charitable toward those who fancy the Emerald Isle for whatever reason. And so I will, for once, not whip out my familiar chestnuts, such as the reason the Irish are known as great storytellers is for the centuries-long need to dream up yet another excuse for being late to work. Nor will I query the riddle as to why the Irish have all the potatoes, and the Arabs all the oil. (FYI: Shortly after the Lord banished mankind from Eden, he offered the Irish first pick.)

Nae, instead I offer the following story so as to assist, rather than hinder, in fertilizing the garden of cultural unity (and if you’ve heard it before, now you’ll hear it again, what the fock):

“Oh, that is very nice indeed, John!” said Mary. The next day on the street, Mary ran into one of John’s toasting buddies. The man chuckled leeringly and said, “Did you know, Mary, that John won the prize the other night with a toast about you?”
And Mary said, “Aye, and I was a bit surprised me’self! You know, he’s only been there twice! Once he fell asleep, and the other time I had to pull him by the ears to make him come.” Ba-ding!

Hold on a second. It’s the phone. I got to take this ’cause it might be my doctor. Be right back.

OK. It’s not my doc. It’s my buddy Little Jimmy Iodine. I’ll be off in a second.

“Cripes, Jimmy. I can’t talk now. I got to crank out my essay and I only got 10 minutes ’til the paper has to have it.”

“Yeah yeah, Artie. Listen, I’m in this pool for the basketball where these kids in the college have a tournament. Sixty-four focking schools. And I got to fill out this big honking chart where I’m supposed to choose who the heck’s going to win each and every game. I might even win a buck two-eighty. I remember one year there was a team nicknamed the Aztecs. The Aztecs, I shit you not. You think they sacrifice a virgin for good luck before every game, Artie?”

“Couldn’t tell you, Jimmy. College kids can get pretty wild and cavalier, though.”

“Jeez louise, now I got to go back and do the whole dang thing over, ain’a? At least it gives me something to do at work. See you.”

And speaking of madness in March, this week Our Town will again play host to the first couple rounds of the Big Dance and so welcome, you collegiate fans, students, hangers-on and alumni of the Bulldogs, Eagles, Golden focking Gophers, Blue Raiders, Boilermakers, Catamounts, Cyclones and Wolfpack.

You’s people need to remember two things as you visit Brew City. One: This is not New York, the City that Never Sleeps. This is Milwaukee, the City that Always Sweeps. So, after you puke your nacho-beer guts out on the sidewalk, be it on North Water Street or Old World Third Street, please mop up your mess—and that goes double for you’s knobshine candy-asses from Minneapolis, Minne-focking-sota—thank you. Two: Just so you know, that any one of you eight jag teams trying to make a basket at our soon-extinct Bradley Center would-and-will get your student-athlete ass reamed but good if you should come up against our Badgers or our Golden Eagles somewheres down the line. Book it.

And yeah, I filled out a bracket this year. Like always, I might’ve over-thunk it. Somehow I got Electoral College going up against Bryant & Stratton College in the final with EC winning by a majority, what the fock ’cause I’m Art Kumbalek and I told you so.

Related: https://theshepstore.kostizi.com/
Posted by The Sheriff at 11:36 PM No comments: 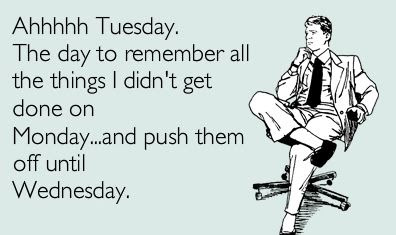 
American Health Insurance......The medical community is unable to reach consensus on what to do withAmerica's health insurance situation.The Allergists were in favor of scratching it, but the Dermatologistsadvised not to make any rash moves.The Gastroenterologists had sort of a gut feeling about it, but theNeurologists thought the Administration had a lot of nerve.Meanwhile, Obstetricians felt certain everyone was laboring under amisconception, while the Ophthalmologists considered the idea shortsighted.Pathologists yelled, "Over my dead body!" while the Pediatricians said, "Oh,grow up!"The Psychiatrists thought the whole idea was madness, while the Radiologistscould see right through it.Surgeons decided to wash their hands of the whole thing and the Internistsclaimed it would indeed be a bitter pill to swallow.The Plastic Surgeons opined that this proposal would "put a whole new faceon the matter."The Podiatrists thought it was a step forward, but the Urologists werepissed off at the whole idea.Anesthesiologists thought the whole idea was a gas, and those loftyCardiologists didn’t have the heart to say no.In the end, the Proctologists won out, leaving the entire decision up to theAssholes in Washington.
Posted by OrbsCorbs at 5:48 PM 1 comment:

Pictures from the Weekend!

This past weekend we decided last minute to take a trip up north. Drew wanted to see if he could find some birds that he has not been able to find yet and they are winter birds. So I called his mom and we went up there Friday when he got off of work. It was so nice to see the family because we have not been up there since Christmas. We even stopped and seen my son and the grandkids. Here are some pictures to share with you. 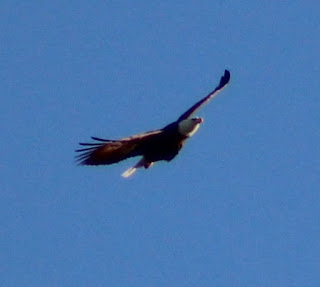 This is a picture of a Bald Eagle we seen it between Black Creek Wi and Nicholas Wi on 3-10-2017. 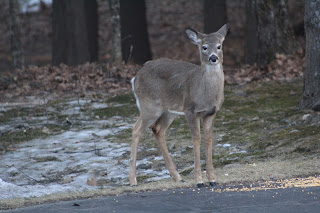 This is a picture of a White Tailed Deer this was in Pickerel Wi. 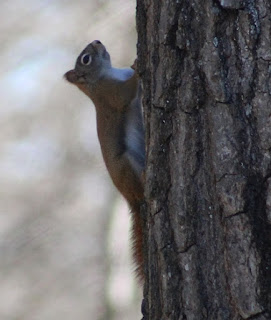 This is a picture of a Red Squirrel this was in Pickerel Wi. 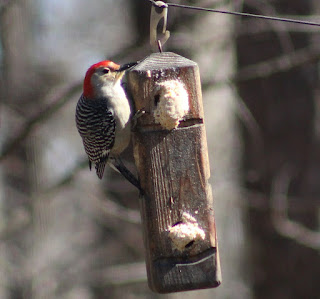 I hope everyone enjoys the pictures. I love the Marx Brothers.
Posted by The Sheriff at 12:00 AM 5 comments:

From Fox6Now : GREEN BAY, Wis.  -  Robbie Gould continued his playoff perfection and moved the San Francisco 49ers one step away from thei... 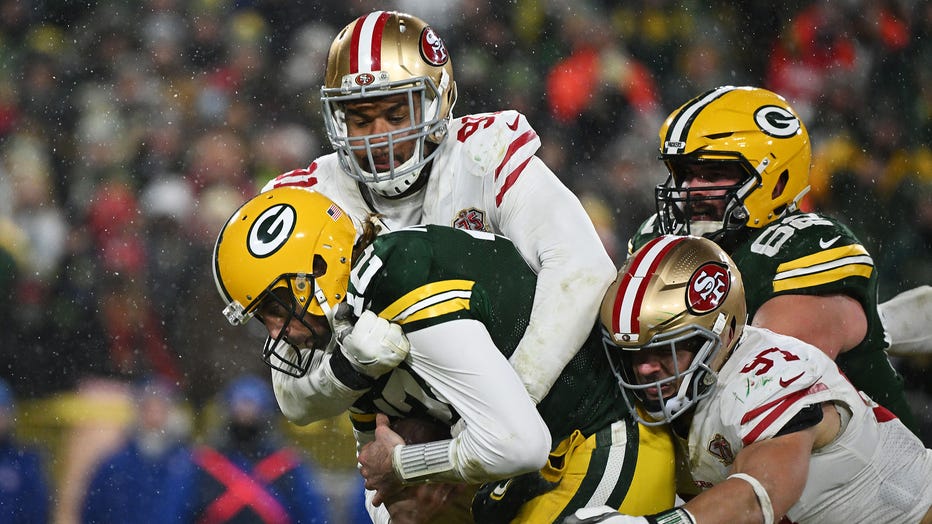