Both of these pics merit a click to see the bigger versions. First up, sunset. I posted pics from last Sunday and you can see how much farther north the Sun is setting just shy of a week later. It is now north of Kitt Peak. You can see several domes and the distinctive McMath-Pierce Solar Telescope. The usual green flash has more than one color. What colors do you see?

Next up, the International Space Station made a very bright pass tonight. From Tucson, it passes through the upper part of Orion. This shot is my favorite of the evening.

The ISS is making evening passes over the continental United States the next few nights. You can look up when to see it where you live at Heavens Above.

Reprinted with permission from the Half-Astrophysicist Blog.
Posted by hale-bopp at 11:33 PM 5 comments:

I looked up Shays and Shays' Rebellion on Wikipedia. I don't remember hearing about him in history class in elementary school or high school, but history was not my best subject. From Wikipedia:


"Shays' Rebellion was an armed uprising that took place in central and western Massachusetts from 1786 to 1787. The rebellion was named after Daniel Shays, a veteran of the American Revolutionary War.
"The rebellion started on August 21, 1786, over financial difficulties and by January 1787, over one thousand Shaysites had been arrested. A militia that had been raised as a private army defeated an attack on the federal Springfield Armory by the main Shaysite force on February 3, 1787, and five rebels were killed in the action.
"In the aftermath, fear spread that the American Revolution's democratic impulse had gotten out of hand. This fear, combined with the lack of institutional response to the uprising, energized calls to reevaluate the Articles of Confederation and gave strong impetus to the Philadelphia Convention which began on May 17, 1787, which created the United States Constitution."
Read more: http://en.wikipedia.org/wiki/Shays%27_Rebellion
See also: http://en.wikipedia.org/wiki/Daniel_Shays

That completes our history lesson for the day.
Posted by OrbsCorbs at 11:19 PM 10 comments:

Tim Hawkins - "The Government Can"

You still know that the government is inept, if not immoral, but now you're smiling.
Posted by OrbsCorbs at 12:38 AM 16 comments:

Hello everyone! Welcome back! Well, I'm off from work for a short little vacation. So here I am, writing my post, then it's back to bed for me.... Here are some questions for you...

1) Do you think Valentine's Day is more a "Hallmark" holiday or a real day to celebrate your love for another?

2) What is your idea of a perfect Valentine's gift?

3) How many of the U.S. Presidents have you memorized?

Enjoy your weekend!
Posted by drewzepmeister at 5:32 AM 24 comments:

Hope your eyes still work after reading that.
Posted by The Sheriff at 12:00 AM 15 comments:

Sorry Arizona, Even Teachers Have Rights

Well our legislature is back in session and they wasted no time going straight to the bat-shit crazy education legislation. I have to just quote it verbatim for you (you can find the original here).

"Be it enacted by the Legislature of the State of Arizona:

A. If a person who provides classroom instruction in a public school engages in speech or conduct that would violate the standards adopted by the federal communications commission concerning obscenity, indecency and profanity if that speech or conduct were broadcast on television or radio:

Got that? Anytime a teacher says or does anything, not limited to school time, that does not pass muster with the FCC's broadcast standards, they can be disciplined. Can't call the legislature a bunch of fucking morons without risking a week's suspension. Literature teachers will end up having to get rid of a lot of classics (including most Shakespeare if anyone ever figures out the dirty jokes). Biology teaches would have to tiptoe around biological functions (excretory references are scatological according to the FCC). But its even worse than that. One of my facebook friends pointed out that under this legislation, teachers are technically barred from having sex since that cannot be broadcast on television!

Now I know everyone will say that's not what they are targeting, but why write it this way then? If you have ever been in a school, you know there are students who will bait teachers to try and get them to say or do inappropriate things (and if you don't believe this, you have just lost the right to call anyone else naive...ever!) When I was teaching, I was in a local production of Cabaret (an extremely well reviewed award winning production at that) and I am pretty sure there were multiple scenes that would have gotten me in trouble under this law if I was teaching at a public school!

And I am pretty sure the ACLU will have a field day with this gross attempt to regulate teacher speech outside school and rightly so! The Arizona legislature, what a bunch of fucktards! (I am not a teacher right now so I can say that!)

And sometimes a thousand pictures are worth only one word: yuck.
Posted by OrbsCorbs at 11:18 PM 8 comments: 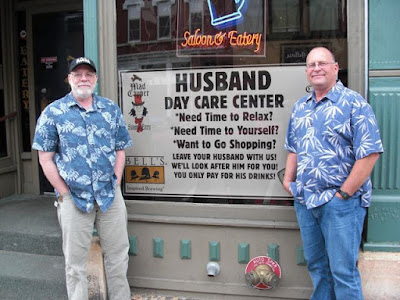 A picture is worth a thousand words.
Posted by OrbsCorbs at 9:26 PM 5 comments:

"Updated…Witnesses started calling this morning stating that a wolf was in downtown Racine picketing at what they believe are happening with our City of Racine leaders. The wolf was seen walking the streets downtown around the courthouse, LEC and other areas! If you saw the wolf, you weren’t seeing things. Here is the official statement from the Wolf of Racine. The Wolf was in the area from 9 a.m. – 11 a.m. picketing and had checked on ordinances and rules concerning picketing so that none were broken.
"On Feb. 8, Daniel Shays came to the Racine County Courthouse to raise awareness about the John Dickert lawsuit and the fact that the City of Racine Taxpayers are being required to pay his legal bills for deeds that were committed while he was campaigning. On CCAP the lawsuit is specifically labeled to John T. Dickert, and NOT the City of Racine, which makes it a personal lawsuit. City of Racine taxpayers have no legal obligation to pay for personal lawsuits, nor can they afford to in this time of economic distress. When Residents are struggling to pay everyday bills, and Racine has high rates of unemployment and foreclosures, it is wrong to take money from the people to pay for John T. Dickerts personal legal bills.
"Wearing the mask that symbolizes the Wolf that is eating Racine along with his sign, he set out on a 2 hour mission of awareness and education. He explained to inquiring people the reason for his mission and stand. In response, he received many words of thanks and encouragement, horns honked in agreement, thumbs up and even one young boy who approached him to shake his hand.
"We now eagerly await the ruling of the Court on the motion of John T. Dickert and pray for a victory for the struggling residents of Racine. It is also an opportunity for John T. Dickert and the Racine City Council to acknowledge the truth, and do the honorable thing for the residents of Racine."
http://racineuncovered.org/2012/02/wolfman-speaks-out-protesting-dickert-lawsuit/
Wow.  The Wolf Man was in downtown Racine protesting Dickert stealing our money for his lawsuit and I missed it.  Even the movie monsters know that Dickert is a liar and a thief, propped up by the lying and thieving councilmen.

"The Good Life:" making someone else pay your bills.
Posted by OrbsCorbs at 3:32 PM 10 comments:

Hello, my vivacious valentines! How are you? It’s so wonderful to see the grass growing and the flowers blooming. That is winter in Wisconsin 2012. I sincerely hope that Mother Nature is not fooled by Old Man Winter’s hijinks. If the fauna and flora start breeding and feeding too soon, they can be killed by cold snaps to come. On the other hand, if it’s not going to get much colder this winter, I wonder if such an early start won’t strain resources. The weather is so strange, and certainly the talk of the town. As they say, everybody talks about the weather, but nobody does anything about it - unless you count the millions of tons of greenhouse gases that we’ve released. Oh my.

As I was corrected last week, today is the day for a ruling in Mr. Mayor John Dickert’s slander case. Mr. OrbsCorbs has stated that he believes that the judge will rule in favor of Mr. Mayor, saying that Mr. Mayor was acting as mayor when he said the e-word on the radio. I have predicted otherwise, but both our outcomes are the same: Racine taxpayers will pay for Mr. Mayor John Dickert’s personal lawsuit legal bills. Oh dear.

My next blog won’t appear until Wednesday, so let me take this opportunity to give you an early reminder of Valentine’s Day, next Tuesday, February 14, 2012. If you are lucky enough to have a special someone in your life, you may want to express your love to him or her on that day. Of course, you don’t have to buy into the big, Madison Avenue candy boxes and flowers. Maybe just a few words are enough: “I love you.”

Here’s the “History of Valentine's Day” from the History Channel:

“I love you” is not just for that special someone in my life, but for all of my readers, too. Thank you for reading my blog today. I enjoy creating them for you.

This is where I usually warn you about the dangers of the week’s upcoming weather, but, uh, who the hell knows, anyway? Be safe, have fun, be loving, my dear friends. Don’t let the bedbugs bite. Belocolus!
Posted by Anonymous at 2:00 AM 4 comments:

That makes me a little seasick.
Posted by The Sheriff at 12:00 AM 17 comments:

One minute is about enough of this video.
Posted by OrbsCorbs at 7:20 PM 4 comments:

Perhaps someday he will engineer a great advance in toilets.
Posted by OrbsCorbs at 4:48 AM 8 comments:

Wake up, sleepy head. Say hi to the work week.

Thank you, kkdither, for the Valentine candy heart on the sidebar.
Posted by The Sheriff at 12:00 AM 14 comments:

Some of us were fortunate enough to live where sunset occurred over halftime so we could sneak out and avoid the invariably overhyped halftime show (and in the unlikely event that it turned out to be great and everyone was talking about it, there is always Youtube).

Nice sunset in Tucson. The Sun is setting just south of Kitt Peak, visible in this picture. You can see a green flash on the left and look closely on the right for a blue flash!

Now back to watch the end of the Super Bowl.

Reprinted with permission from the Half-Astrophysicist Blog.
Posted by hale-bopp at 8:33 PM 4 comments: 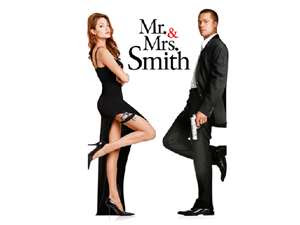