True Democracy - Would We Want It?

I remember from high school a teacher talking about how the changes in technology and communications could affect our future. She said that someday we might even be able to telephone in our votes on important issues, thus giving the USA a true democracy. I remember thinking that was a good idea at the time.

As you remember from your History or Civics class (do they even teach that anymore?), the United States of America is a republic, wherein the citizens elect representatives, from the local level on up, to represent them and their interests.  That is a representative democracy, or democratic republic.

Telephones are everywhere now. I suspect that within a generation, over 95% of people in the USA will be connected via the internet or ways we haven't imagined yet. The day is rapidly approaching, if it isn't already here, when almost everyone could vote from the comfort of their own homes. Perhaps for the others, permanent polling places could be set up.

If everyone of voting age could participate in the decision and policy making processes of the government, on any and/or all levels, would we want it?

If that happened, I think that all of the lobbyist money that is now spent on trying to affect our representatives' votes would instead be directed toward whatever sectors of the public vote the most. Massive advertising campaigns would probably be launched both for and against whatever legislation is the most contentious. Would that be better than what we have now?

I believe that even if it were relatively easy for almost everybody to vote, not everyone would vote. I wouldn't be surprised if the level of voter participation stayed below 50%. Of course, those that did vote would be targeted by the ad campaigns.

Personally, I don't think I would want the government run by public opinion. One of my favorite quotes comes from the movie, Men In Black:
"Edwards: Why the big secret? People are smart. They can handle it.
"Kay: A person is smart. People are dumb, panicky, dangerous animals and you know it."

I like the way our government is constituted. The biggest problem with it today, in my opinion, is that it is run mostly by career politicians instead of the rotating "citizen statesmen" that our founding fathers envisioned. I'm not aware of how many "citizen statesmen" are willing to serve. With the viciousness of today's political campaign process, who wants to go through that? Not me (as if I had a chance).

So, what do yo think? True democracy where all voters can vote on all issues, or representative democracy, like we've had for over 200 years?

Gee, the Jouranl Times never mentioned this. Good thing they closed down Park 6.

"Watch out for the yellow snow." lol

Hello everyone! Welcome back to Four for Fridays on the snowy morning! What a week of contrasts... In the '50's earlier the week, now snow today... Here are some questions for you...

1) What do you do to prepare for a snowstorm?

2) What was the most amount snow you have ever seen?

3) Ever get stuck in the snow?

4) What would you rather have the bitter cold or the snow?

Enjoy your weekend!
Posted by drewzepmeister at 4:29 AM 13 comments:

Be careful out there today!
Posted by The Sheriff at 12:00 AM 17 comments:

Hello, my toasty snow bunnies! How are you? I know you’re toasty because there is no snow and little cold outside. It certainly has been an unusual winter so far. To be honest, sometimes I feel a lot like I’m “waiting for the other shoe to drop.” A small voice in the back of my head keeps saying, “There’s going to be hell to pay for this. Mother Nature and Old Man Winter won’t allow this for long. It’s a trap.” We should enjoy it while we can. I know some golfers and other sports enthusiasts are out. I’ve seen a number of motorcycles. We should be aware that the unexpected can occur at any moment, especially in regard to the weather. Have fun, but don’t put your winter wardrobes away just yet, my dears.

On a sad note, my deepest condolences to Green Bay Packers offensive coordinator Mr. Joe Philbin and his family on the loss of their son. May you find the strength and courage that you need at this tragic time.

The Packers, of course, were on a bye last weekend. This Sunday, January 15, at 3:30 PM, in Lambeau Field, the Green Bay Packers, NFC North Division Champions, face the New York Giants, NFC East Division Champions. It will rock ‘n’ roll, but I predict that the Packers will sing the final tune.

I received an email from our esteemed and noble fellow Irregular, Mr. SER. His missive was entitled “Big Foot - Sasquatch????” and appeared thusly,

“Ever since I was 10 or younger people have been searching for Big Foot!

“To date no one has ever captured such an animal or creature. There have been many programs on TV where people, teams, clubs have been on the hunt.

“I personally do not believe they exist.

“Madame Zoltar, what are your thoughts on this subject and do you believe they are real?

Thank you, Mr. SER, for contacting me on such an important matter. Despite your misgivings, Bigfoot does indeed exist. In fact, I know three personally. One young single guy, Lemoth, and a slightly older couple, Satisan and Rozen. They certainly do believe, and know, about us.

For everyone’s sake, especially their own, the Bigfoot have decided to avoid as much human contact as possible. They don’t want to appear snobbish, but, for one thing, they find our odor very offensive. Satisan says he knows of no other smell so foul on earth. Oh my.

Please understand, the Bigfoot are intelligent beings. They have chosen to avoid us. I believe it would be best if we just ignored them and went about our own business. In fact, they are behind many of the Bigfoot hoaxes that are exposed. That’s right. Any false evidence they can leave behind just further proves the point that there is no such thing as Bigfoot. That is exactly what they want us to believe. And I agree with them. Most of aren’t ready for Bigfoot yet. We are too savage.

Oh dear, I can ramble on once I get started. Thank you again, Mr. SER, for your astute question. And thank you everyone else for reading my blog this week. I love you all for stopping by. The pleasure has been all mine.

How do you spell relief? madamezoltar@jtirregulars.com.

Keep an eye on the weather, kids. I don’t want to be a pessimist, but if it doesn’t become winter pretty soon, I’m going to spend all spring and summer worrying about when and how we’ll pay for this. Don’t let your guard down. Nor anything else, for that matter. Vaticinate!
Posted by Anonymous at 2:00 AM 5 comments:

I'm not sure why Wednesdays are considered wacky in so many images, but they are.
Posted by The Sheriff at 12:00 AM 19 comments:

I hope no one has posted this before.  Start playing the video, then click on the lower right of the video screen to enlarge.  The 3D reconstruction (and audio) start at 1:20 in the video.

Edit: Ha, I knew someone had posted something like this before.  It was me: http://www.jtirregulars.com/2009/03/hudson-river-plane-landing-us-airways.html There's still a few memory cells floating around up there, but not too many.
Posted by OrbsCorbs at 1:09 AM 4 comments:

40 years later and that song still gives me goosebumps.
Posted by OrbsCorbs at 8:14 PM 5 comments: 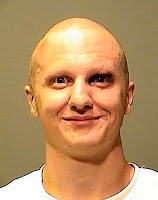 I know the photo was resurrected because of the recent anniversary of the shooting. It's a great photo. It's become iconic of our failure to deal with the dangerously mentally ill, but it's just used too often.  Please, editors, give it a break.
Posted by OrbsCorbs at 6:16 PM No comments:

I would only go so far as to say that I like Monday, sometimes.
Posted by The Sheriff at 12:00 AM 16 comments: 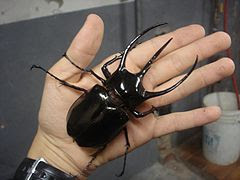 UPATED PICTURE TO GIVE YOU AN IDEA OF HOW BIG THEY REALLY ARE...

Rhinoceros beetles are the world's strongest animals!" They can lift 850 times their own weight.
Posted by SER at 12:02 AM 12 comments: