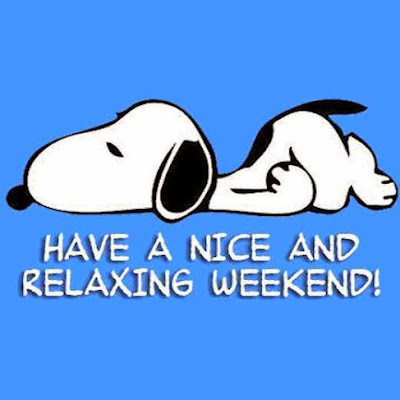 Good morning everyone I hope you had a good day. It is going to be a very warm and humid weekend are you ready for that? I am not and the pollen flying around looks like snow falling. Here are your questions.

1) When was the first time you remember celebrating Father's Day with your Dad?

2) What was the first present you remember giving your Dad for Father's Day?

3) What are your plans for Father's Day?

4) Are you going to be able to handle going out in the heat this weekend to celebrate Father's Day?

Have a nice weekend and stay safe. Please keep hydrated and try to find a nice cool place!
Posted by Tender Heart Bear at 8:31 AM 3 comments:

Posted by OrbsCorbs at 8:14 AM No comments: 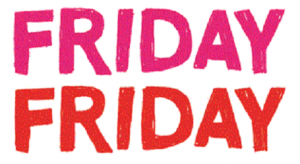 Posted by OrbsCorbs at 10:29 AM No comments:

Email ThisBlogThis!Share to TwitterShare to FacebookShare to Pinterest
Labels: Restaurants 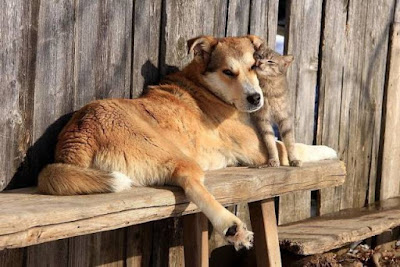 Awww.
Posted by OrbsCorbs at 10:24 AM No comments:

"10 Ways To Survive Against All The Odds" 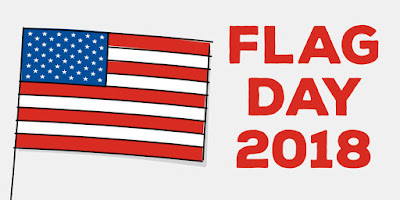 Let your colors fly.
Posted by The Sheriff at 12:00 AM No comments:

Hello my loved and hated ones!  How are you?  Are you getting used to our summer from the Pacific Northwest: rain, gloom, and doom?  It's supposed to hit 93 on Sunday.  Let's heat things up a little.  Let's show 'em what we got.  Let's make it hot today!

Oh well.  It's hot enough for me.  You can smell the burn and watch the muscles roast.  Hooray for Hollywood!  Let's get it on.

I have no idea what I'm speaking of.  Must be heatstroke mixed with ice and the cool.  I'm enjoying a long, tall glass of lemonade.  Mmm.  Señor Zanza made it.  Food always tastes better when someone else makes it.  And everything else sounds better if someone else is reciting poetry.

I think that pussies Mr. Mayor Cory Mason and Police Chief Art Howell might be too sensitive for the jobs they hold.  I think we need another study done.  And then a study of that study.  It's the only way to be fair.

Yay, Foxconn!  Thank you, Lord, for the opportunity to give so much money to the Taiwanese.  Surely, we are blessed.  And a little nuts.  And a lot of wise-ass.

Below is a video of one of Foxconn's current, slow and outdated assembly lines.  The Mount Pleasant plant is expected to double this speed:

Hallelujah!  Let's get to work, boys and girls!  And no, you can't go to the bathroom.  You should have thought of that before you reported for work today!

That intensity level is what the Foxconners are looking for,  I get tired just watching them.

Thank you for reading my blog today.  I am at your beck and call.

Remember to watch out for children playing on or near the streets.  They are our future Foxconners. 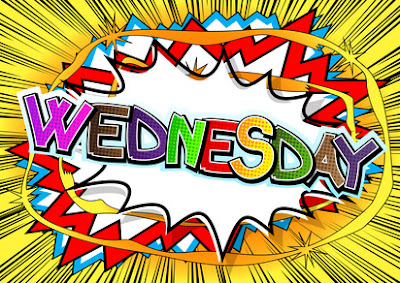 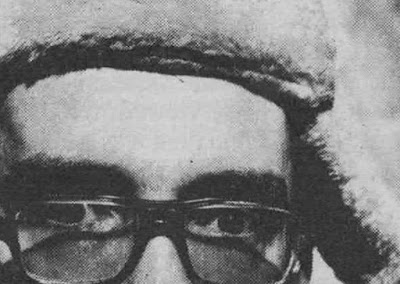 .
I’m Art Kumbalek and man oh manischewitz what a world, ain’a? So here we go again with another Father’s Day June 17 right around the corner. And so, of course, I am once again required to wonder what with the bad rap fathers seem to get in the press and on the TV for far too long, I’m surprised the day is celebrated at all. Cripes, why don’t they just go ahead and change Father’s Day to Deadbeat Dad’s Day, or Workaholic Dad-You’re-Never-Around-The-Focking-House-When-We-Need-You Day, what the fock.
And just so you know, a couple newsy bits from a June 17 past, courtesy of the Wik:
“1972: Five White House operatives are arrested for burgling the offices of the Democratic National Committee, in an attempt by some members of the Republican party to illegally wiretap the opposition.”
“1994: Following a televised low-speed highway chase, O. J. Simpson is arrested for the murders of his ex-wife, Nicole Brown Simpson, and her friend Ronald Goldman.”
Swell. This year June 17, got a guess on how many huddled masses of legitimate dads will be arrested to be then dadly deported clean out of the Land of the Free? What the fock.
And speaking of historical, as I whip out this here essay early reports on the get-together down Singapore way between President (fock) Trumpel-thinskin and Kim “The Rocket” Jong Un are that it seems to have gone kind of OK. Of course it did. How could it not when you get an international diplomat like Dennis “The Worm” Rodman lending a hand, ain’a?
Yes, the Dennis Rodman who once said, “I wear women’s leggings under my clothes, but no lingerie.” And this: “Chemistry is a class you take in high school or college, where you figure out two plus two is 10, or something.”
Too bad Professor Irwin Corey, “The World’s Foremost Authority,” is no longer with us. He would’ve made a great addition to Trump’s diplomatic dream team. After all, he’s the Professor Irwin Corey who once said, “Without this great land of ours, we would all drown,” and, “If we don’t change direction soon, we’ll end up where we’re going.” Seems he would fit right in with the rest of the Einsteins President Orange Circus Peanut surrounds himself with.
But it’s not too late for him to add to the team the august Borscht Belt philosopher Norm Crosby, who is still with us at age 90. Yes, the Norm Crosby who once said, “When you go into court you are putting your fate into the hands of twelve people who weren’t smart enough to get out of jury duty.” And, “If your eyes hurt after you drink coffee, you have to take the spoon out of the cup.”
(Time Out: Special thanks to readers Gene H. and Jeff E. for their inspirational words, and especially to constant reader Ingrid/Mae for her continued support of my potpourri of political campaigns.)
OK, where was I? Father’s Day, ain’a? Here’s an idea I had a while back for what you ought to do come Father’s Day if you’re too focking cheap to spring for a gift for the old fart. Hey, how ’bout at least make a nice homemade card. I even got a nice sentiment you can write down in it. It’s a quote from no finer writer there ever be again than dear Mr. Yeats from near Dublin, who just celebrated his 153rd birthday June 13:
I have certainly known more men destroyed by the desire to have a wife and child and to keep them in comfort than I have seen destroyed by drink and harlots.
A-focking-men. Happy Father’s Day. And if that doesn’t cheer dad up, then relate to him the following little story on the phone when you call him up to tell him you can’t stop by Sunday ’cause you got more important things to do:
Three people die accidentally on the same day—a doctor, a teacher and me—and find themselves at Heaven’s Pearly Gates. Before able to enter, St. Peter asks each a question: “When you are in your burial casket and friends and family hover above in mourning, what would you like to hear them say?”
First guy answers: “I would like to hear them say that I was a caring doctor and family man.” Second guy says, “That I was a wonderful husband and schoolteacher who made a positive difference in the lives of those I taught.”
And the third guy (yours truly) says, “What the fock, I’d like them to all say… ‘HEY, WAIT A SECOND! LOOK!!! I THINK THE FOCKER’S STILL BREATHING!!!’” Ba-ding!
And yes, of fathers, of sons, this time of year, I’ll be seeing you, as the song goes, in all the familiar places, in every lovely summer’s day, I remember you, ’cause I’m Art Kumbalek, and I told you so.

From:  https://shepherdexpress.com/advice/art-kumbalek/the-dadlands/
Posted by The Sheriff at 6:58 PM No comments:

Today is Drew's Birthday and I would like to wish him a Very Happy Birthday! 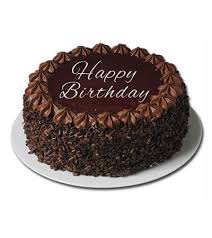 Posted by Tender Heart Bear at 8:12 AM 3 comments: 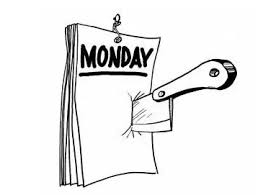 I don't think its dead yet.  Stab it again.
Posted by The Sheriff at 12:00 AM No comments: