"Due to the overwhelming support from the community, we have moved Racine’s Peacefest to the Quarry Lake Park located at 3800 Northwestern Ave. It will still be on Sunday August 24th from noon-4 p.m. We feel this will be a great location allowing everyone to participate without an admission fee to the festival and will help bring the entire community together for a day of fun, friendship and also raise funds for the RAPD COP Unit." 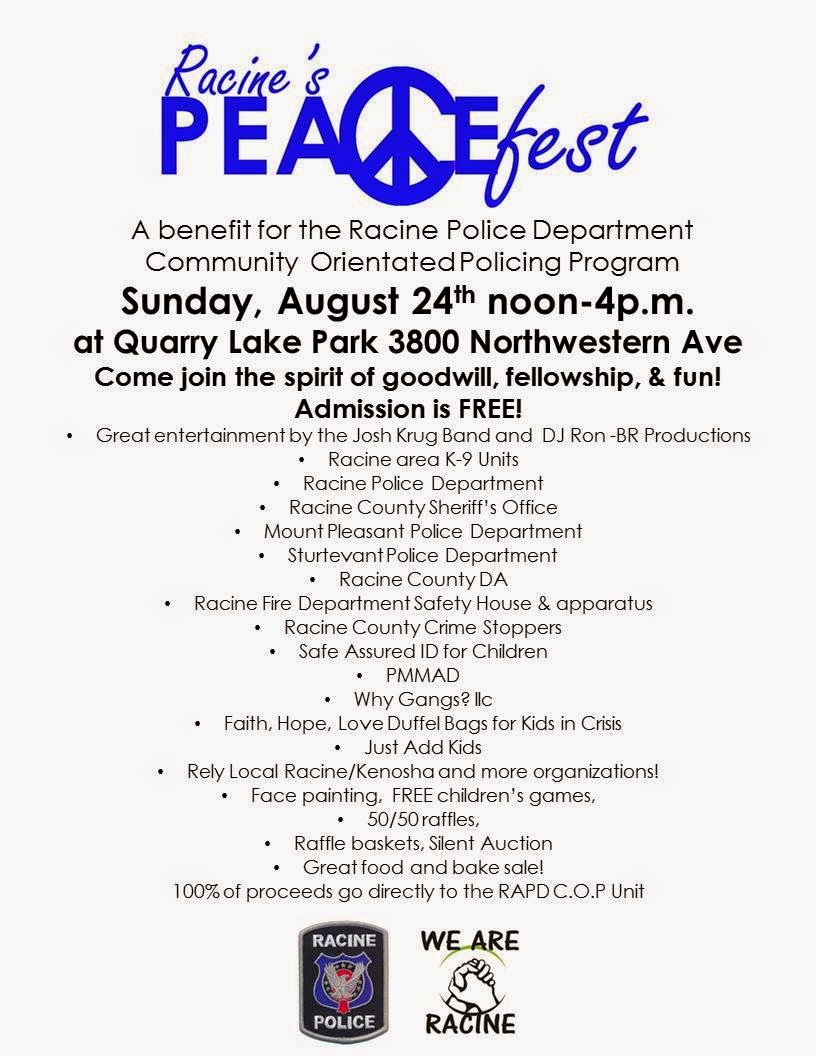 Related: http://racinecommunitymedia.tumblr.com/post/92711033088/racine-organizers-of-racines-peacefest-move
Posted by Clint Teeters at 9:00 AM 1 comment: 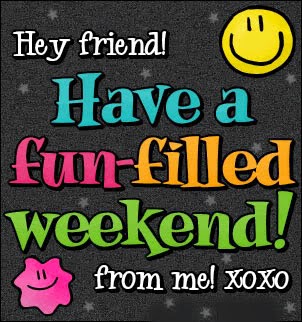 There's not too many left before it starts to get frigid.
Posted by The Sheriff at 12:00 AM 11 comments:

I suddenly had an inspiration for the name of one of the cubs at the zoo: Lion John.
Posted by OrbsCorbs at 10:22 PM 6 comments:

I normally use Firefox for my browser.  Today, I thought I would try the IE to see if I could get rid of an error message concerning Microsoft Essentials.

Immediately, there is a flash on my screen, telling me to contact support at 844...blah, blah, blah.  forget you, buddy.  This is a sales gimmick and I know it.  I'm so sure of it.  I log off of IE, go in with Firefox...no problem.

Now my real problem is I keep getting this stupid error message whenever I totally shut  my machine off and then start it up at a later time.  It concerns this MSI update for Miscrosoft Essentials.  I have to tell it six or seven times not to make any changes...(it can't find Miscrosoft Essentials...I have it, but it can't seem to find it).  I have tried searching for a solution as to how to get rid of this dumb update that obviously I don't need.  Nothing.

If I go into Microsoft Essentials, it tells me to use IE...I feel like a hamster on a wheel!

Hello everyone and welcome back! This has been a crazy week... Busy, busy at work plus the humid weather. I'm looking forward to the weekend. Anyways, your questions...

1) Which TV shows do you watch reruns of?

2) What musician do you consider an icon?

3) Would you be willing to do the ALS Ice Bucket Challenge?

4) Are you ready for the football season?

Enjoy your weekend!
Posted by drewzepmeister at 5:14 AM 15 comments: 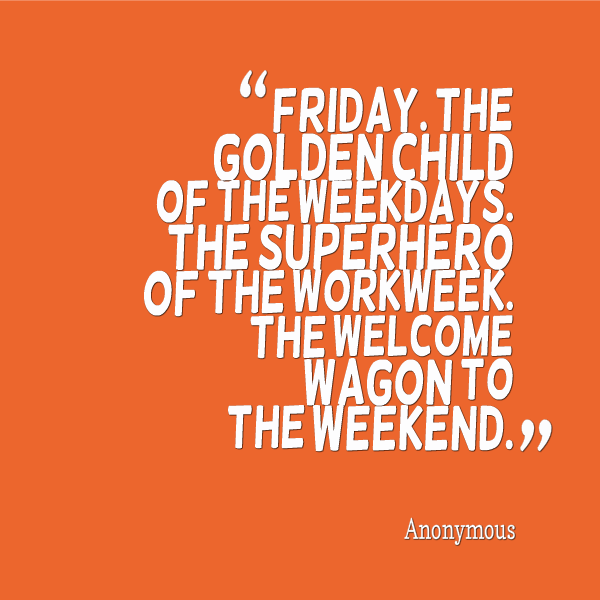 Anonymous sure gets around.
Posted by The Sheriff at 12:00 AM 9 comments:


"Just weeks after their first effort was thrown out of court, several minority bar owners have filed a new lawsuit that accuses Racine city officials and the tavern league of violating their civil rights by corruptly conspiring to run them out of business.

"The new suit sharpens its accusations that white tavern owners bribed the Racine mayor to tilt the city's enforcement efforts in their favor.

"A federal judge just last month dismissed the plaintiffs' first lawsuit, calling it so broad and vague as to be 'virtually functionless.' But U.S. District Judge J.P. Stadtmueller said their underlying claims may have merit, and should be investigated further through the discovery process. He allowed them to amend, narrow and clarify their complaint.

"At 119 pages, the new complaint would not appear much narrower or more focused, though it has fewer plaintiffs and fewer defendants. The length comes from the extra detail that purports to show a conspiracy among some Racine officials and area business owners to make it harder for minority-owned bars to make it in the city, including claimed cash bribes and false campaign finance reports." 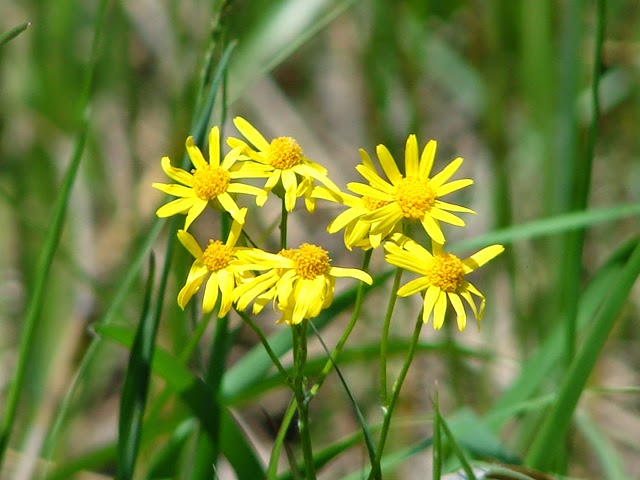 This is a Butterweed flower this picture was taken at Richard Bong State Recreational Area in Brighton Wi. 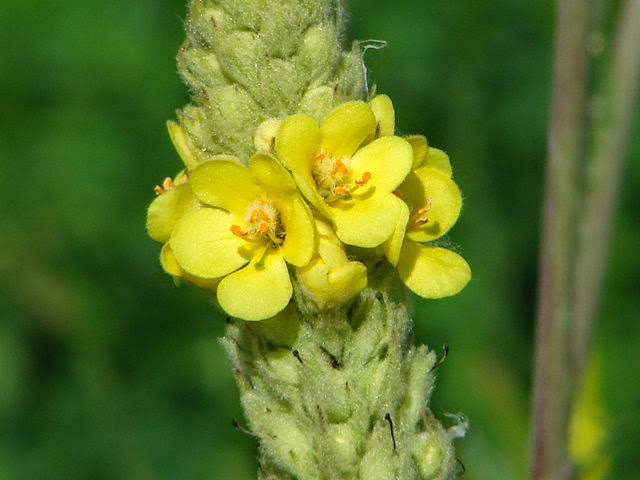 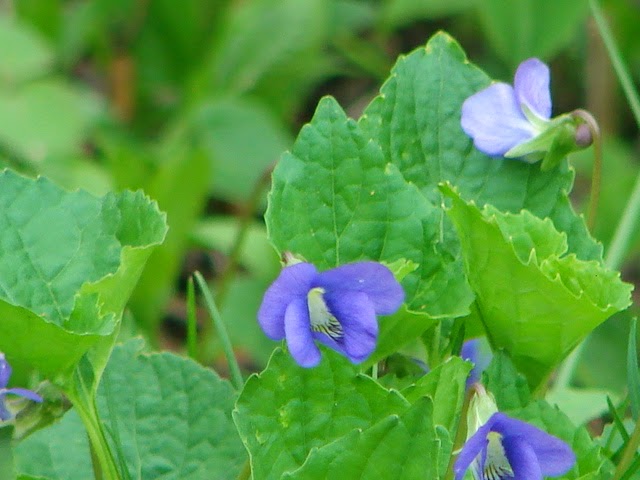 This is a Drummond's Skullcap this picture was taken at Chiwaukee Wildlife Refuge in Pleasant Prairie Wi. 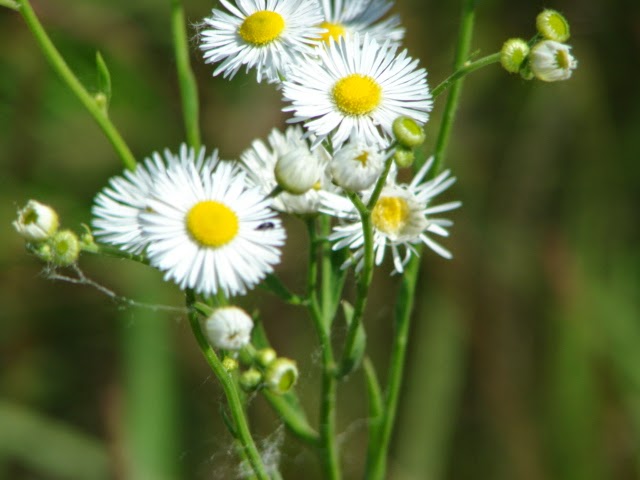 This is a Eastern Daisy Fleabane this picture was taken at Bender Park Oak Creek Wi. 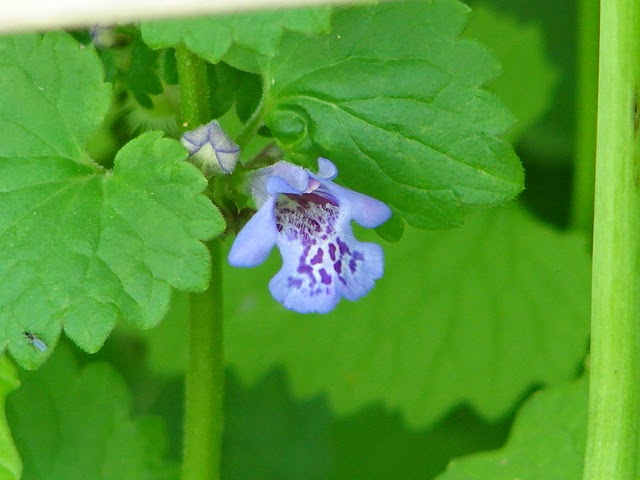 This is a Ground Ivy this picture was taken at Trout Ponds Conservesy Caledonia Wi. 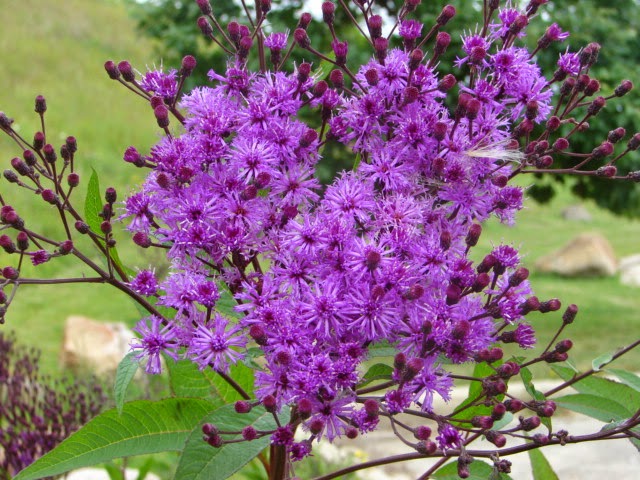 This is Ironweed this picture was taken at Bender Park Oak Creek Wi. 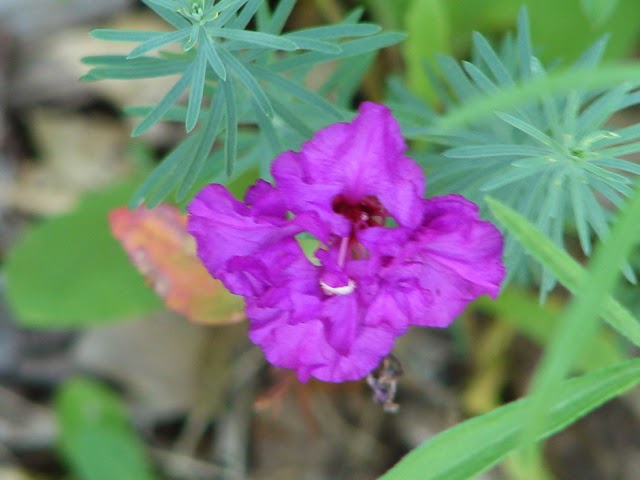 This is a Lardspur this picture was taken at Whitewater College in Whitewater Wi. 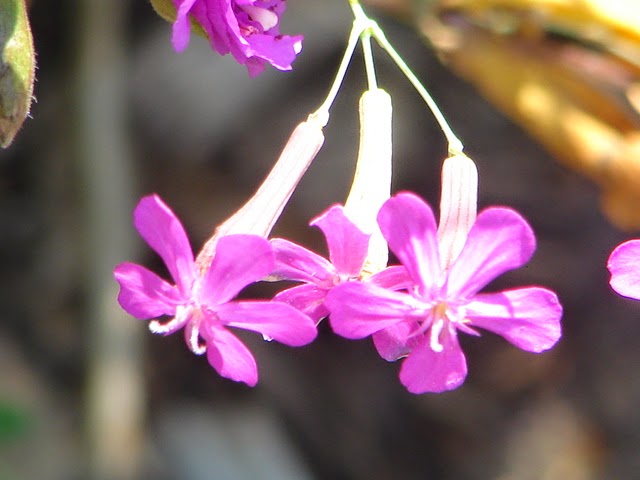 This is a Moss Pink Phlox this picture was taken at Whitewater College in Whitewater Wi. 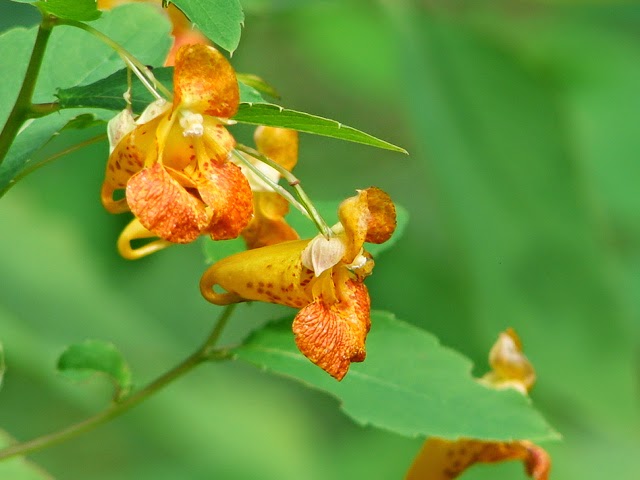 This is a Spotted Jeweled Touch-Me-Not this picture was taken at Bender Park Oak Creek Wi. 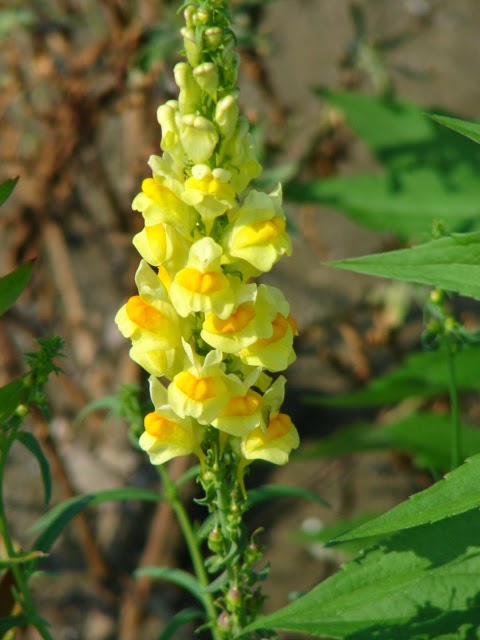 This is a Yellow Monkey flower this picture was taken at Meyers Park in Racine Wi.

I hope everyone enjoys these pictures and be sure there a lot more to come. I will let you know a lot of the pictures I am sharing are some new ones for me to find this year and it is taking me some time to find out what kind they are with my couple of sites I use.

"First up is Racine Mayor John Dickert – who says he is secretly recording conversations and has Alderman Sandy Weidner on tape negotiating with a Mound Avenue Property Owner."

When was the first time you heard the William Tell Overture?

For me I'm sure it was the first time I watch the Lone Ranger. When that was I have no idea but I'm sure I was knee high to a grasshopper.

Orbs, with any luck you'll be humming this while you're blazing through town in your truck.
Posted by SER at 2:41 AM 7 comments:

Hello, my lovely friends!  How are you?  It almost feels like autumn at times.  This has been one of those summers that didn’t happen.  Over the years, we’ve had a  few winters that didn’t happen, too.  I’m just waiting for a majority of the Irregulars to winter south.  That’s when I move.

I offer my condolences to the families of Robin Williams and Lauren Bacall.  I still giggle at that Mork and Mindy stuff.

I don’t know how I missed the start of the NFL Preseason, but I did.  Another step toward senility.   The Green Bay Packers look pretty good with the return of Mr. Aaron Rodgers.  Let’s hope that the new boys in down take up the challenge left by their predecessors.  And let’s doubly hope and pray that injury doesn’t chew up the Pack again.

In the Yahoo Fantasy Football League, I’m ready to go for the draft.  Don’t forget that my team, The Screaming Psychics, came in second place last year.  This year we are concentrating even harder on sending out bad karma to opponents.  The important thing is that everyone has fun and we win.

I didn’t want to get into the political BS again, but I feel compelled to ask Mr. Mayor Dickert, “Where is the supposed video of Sandy Weidner improperly talking to developers on her own?”

He lies, then everyone just says, “Oh, there goes lying John, again.”

It’s getting embarrassing to say where I’m from.  I usually say Wisconsin, but if they insist, I say near Milwaukee.

OK, enough of the bad, here’s some of the good:

I hope that your visit here is wonderful.

Who knows where the time goes? Ask madamezoltar@jtirregulars.com

Some schools have already started, so watch out for the buses and the kids on the road again.  Pray for world peace.  We seem to be entering a nasty spell, so hang on for the ride.  Paizogony!
Posted by Madame Zoltar at 2:00 AM 4 comments: 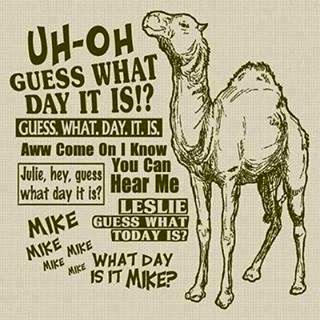 "City Attorney: Alleged recording by mayor does not exist"

"RACINE — The city attorney’s office says an alleged recording of an alderman interfering with the city’s plans to acquire property on Mound Avenue does not appear to exist."


The more he opens his mouth, the more he lies.  Once again Dickert broadcast a lie on WRJN.  Does he really believe that he's better than the rest of us and his lies are not to be questioned?  Sad excuse for a man.
Posted by Clint Teeters at 3:35 PM 1 comment: 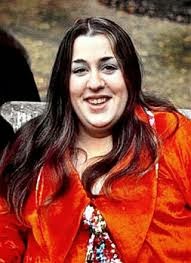 Cass Elliot (Mama Cass) of the Mamas & Papas died in her sleep at age 32. Sources state her death was due to a heart attack. Elliot died in a London flat, No. 12 at 9 Curzon Place, Shepherd Market, Mayfair, which was on loan from singer/songwriter Harry Nilsson. Four years later, The Who's drummer Keith Moon died in the same flat at the same age.

Elliot lost 80lbs by 'fasting' 4 days a week. It is believe do to the fasting it made her heart weak which cause the heart attack.  Rumors had it for decades that she die chocking on a ham sandwich which is false. During the autopsy nothing was found in her throat. 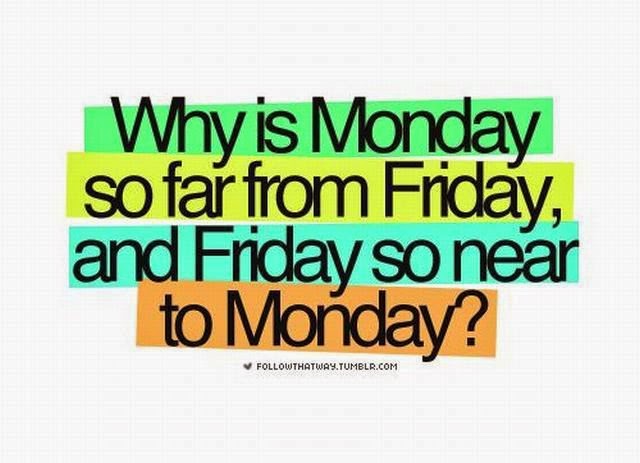 Damn good question.
Posted by The Sheriff at 12:00 AM 7 comments:

Smokey Robinson & The Miracles - "The Tears of A Clown" (Vinyl)

"The Dickert Disaster continues on in the City of Racine – which, for a City of it’s size,  doesn’t have a revenue problem, but instead a spending problem. In fact, many would argue that the City is taxing the residents out of their Homes, Businesses and Jobs, simply so that special interest wants can be funded over what is the legitimate function of government – to provide limited essential services to a Community at an affordable cost."