In the wake of a hit-and-run crash that killed a 6-year-old girl Thursday, the Milwaukee Common Council has asked Gov. Tony Evers for state assistance to help address reckless driving in the city.
The council requested the Evers administration identify resources that could go to the Milwaukee Police Department for traffic enforcement to stem out-of-control driving.
"Until those driving in Milwaukee are compelled to obey laws we seem now to take for granted, we fear more will be injured and worse," the council members said on Friday.
On Saturday, several members of the council and Mayor Tom Barrett held a news conference at the corner of West Center and North 22nd streets to decry the hit-and-run crash that killed Lisa Gee and severely injured her 4-year-old sister and 10-year-old cousin.

Milwaukee police have made arrests in the crash.
"We're proud over here," said Ald Russell Stamper II, who represents the district where Lisa was killed. "But when we have idiots who reckless drive and have no care or concern for the community, the streets or children, it sets us back, it hurts.
"Dozens of balloons were tied to a tree along Center Street in front of Gwen T. Jackson Early Childhood and Elementary School. Candles and flowers had been laid at the base of the tree.
From: https://www.jsonline.com/story/news/crime/2019/10/26/milwaukee-council-mayor-call-state-aid-combat-reckless-driving/2468528001/
Posted by OrbsCorbs at 4:00 PM 1 comment: 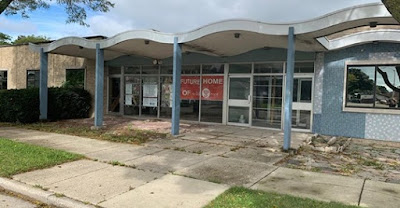 Posted by OrbsCorbs at 1:28 PM No comments:

Posted by Clint Teeters at 9:08 AM No comments:

Posted by Clint Teeters at 9:04 AM No comments:

Posted by Clint Teeters at 9:02 AM No comments:

Posted by Clint Teeters at 8:59 AM No comments: 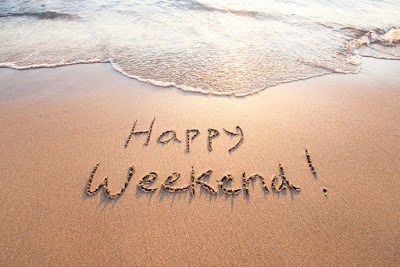 Enjoy your weekend.
Posted by The Sheriff at 12:00 AM No comments:

Meet The Father Changing How Police Shootings Are Investigated | Freethink

Jimmy Kimmel & Jimmy Fallon Finally Clear Up Who Is Who

Posted by OrbsCorbs at 11:04 AM No comments:

Good morning everyone I hope you had a good week. This week went by so quick for me I do not know if I was able to get everything done. Here are your questions

1) Do you remember what your favorite Halloween costume was?

2) Do you still dress up for Halloween?

3) Do you decorate for Halloween?

4) Do you hand out candy for trick or treating?

Have a great weekend!

Posted by Tender Heart Bear at 9:02 AM 2 comments: 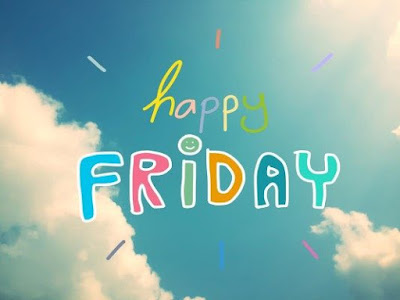 Have a greats day.
Posted by The Sheriff at 12:00 AM No comments:

https://journaltimes.com/news/local/crime-and-courts/racine-man-awaiting-charges-in-huffhines-vape-manufacturing-case-to/article_ca472b2a-226e-57b8-b8ce-508ff7c161dd.html#4
Posted by Clint Teeters at 5:37 PM No comments:

Posted by OrbsCorbs at 4:24 PM No comments:

This Commission has the power to hire, fire and place on leave, members of the RPD.

Admin · 5 hrs
This Commission has the power to hire, fire and place on leave, members of the RPD.
https://cityofracine.legistar.com/DepartmentDetail.aspx…

Posted by OrbsCorbs at 2:58 PM No comments:

MADISON - Cher took a break from a European tour Tuesday to urge Madison school officials to apologize to a black security guard they fired for using the N-word while telling a student not to use the racial slur.
"I don’t think it’s enough that he gets his job back," Cher said in an interview with the Milwaukee Journal Sentinel. "That’s not enough – they should apologize to him."
Marlon Anderson was fired by the Madison School District last week, setting off a firestorm of outcry that reached international heights – including from the 73-year-old Academy Award winner and longtime musician.
Cher, who has 3.7 million Twitter followers, tweeted Friday she would pay for Anderson's attorney fees should he pursue legal action against the district.
She said Tuesday by phone during a break from her tour in the United Kingdom that Anderson's story rose above others, in part, because she learned of it the day after Maryland congressman and civil rights activist Elijah Cummings died.
Read more: https://www.jsonline.com/story/news/education/2019/10/22/cher-wants-madison-school-district-apologize-fired-guard/4062599002/
Also see: https://www.jtirregulars.com/2019/10/african-american-school-guard-in.html
Posted by OrbsCorbs at 2:27 PM No comments:

West Allis bar is giving away Founders beer in protest of the brewery, which is facing discrimination charges

Neal Steffek, who owns The Drunk Uncle, a beer bar in West Allis, plans to cut ties with controversial Founders Brewing by giving away free pints of Founders' Underground Mountain Brown starting at 7 p.m. Wednesday until the keg is emptied.
By the time the bar opened at 3 p.m., Steffek had already dumped all of his can inventory of the brewery's All Day IPA.
"You gotta do what you gotta do," Steffek said. "Founders screwed up pretty big, and I can't be associated with that."
Steffek said he just wants the remaining beer — a bourbon-barrel-aged Imperial brown ale made with Sumatra coffee — gone from The Drunk Uncle, 1902 S. 68th St.
Founders Brewing, Michigan's largest brewery, is facing criticism over a leaked transcript of a deposition in a racial discrimination lawsuit against the Grand Rapids-based brewery.
Tracy Evans, a fired events and promotions manager at Founders' Detroit taproom, filed the racial discrimination and retaliation lawsuit in August 2018 alleging that Founders tolerated a racist corporate culture; that multiple employees used a racial slur in conversations with Evans, who is black; and that office printers were labeled in a racist fashion, the Detroit Free Press reported.
In the deposition, the general manager of the brewery's Detroit taproom wouldn't acknowledge the plaintiff's race, according to the Free Press.
"I can't have what they're doing affect me," Steffek said.
Contact Kathy at (414) 224-2974 or kathy.flanigan@jrn.com. Follow her on Twitter or Instagram at @katflanigan.
From: https://www.jsonline.com/story/entertainment/beer/2019/10/23/theyre-giving-away-founders-beer-protest-drunk-uncle-west-allis/4076708002/
Posted by OrbsCorbs at 2:16 PM No comments:

Posted by OrbsCorbs at 12:48 PM No comments: 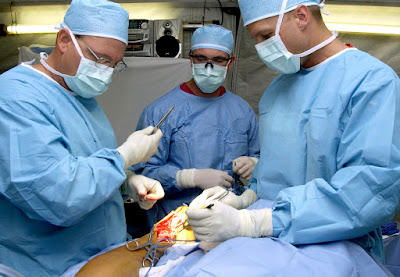 Sorry for the late/missing blogs.  I had surgery.  It hurts like hell.
Posted by The Sheriff at 12:00 AM No comments:

Who knows where she is?  This week's standings in the Irregular Fantasy Football League.  Click to enlarge: 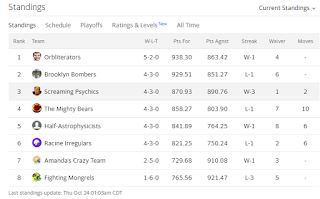 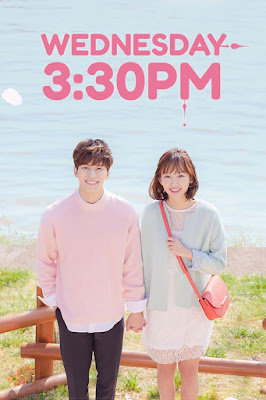 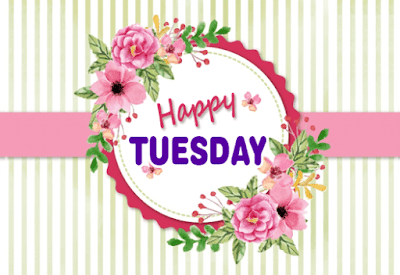 Have a great day.
Posted by The Sheriff at 12:00 AM No comments: 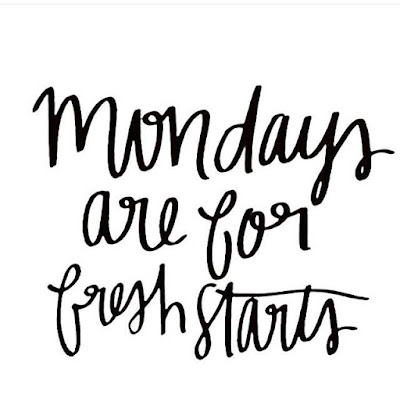 And for late starts, too.
Posted by The Sheriff at 11:47 AM No comments:

The incident took place May 17 at Parkrose High School, but the Multnomah County District Attorney's Office did not release the video until Friday. The release came days after court proceedings in the case were completed.

More than half of the people who were perpetrators or victims of gun violence in Milwaukee in recent years had elevated blood lead levels as children, according to a study released Friday by the University of Wisconsin-Milwaukee.
The study of nearly 90,000 residents, conducted at the University's Joseph J. Zilber School of Public Health, suggests a link between early childhood lead exposure and gun violence in later years.
Lindsay R. Emer, the study's lead author, said it was conducted using public health, education and criminal justice data.
Read more: https://www.jsonline.com/story/news/health/2019/10/19/half-milwaukee-gun-violence-linked-kids-high-lead-levels/4022200002/

The high lead levels are because the majority of Milwaukee's shooters come from poor neighborhoods.  I think you'd find that the majority of them cannot speak proper English, either.  Nor did many of them receive regular nutritious meals in their childhoods.  So, do these contribute to a propensity to fire weapons, too?  The actual cause is a lack of parenting and everyone knows it.  A child raised on the streets will take to the streets' ways.  More BS research paid for by our tax dollars.
Posted by OrbsCorbs at 10:28 AM No comments: