"This Bird can copy the sound of everybody including Human - LyreBird"

That is so unbelievable that I had to check it out. It's true: http://en.wikipedia.org/wiki/Lyrebird And he likes Seinfeld.
Posted by OrbsCorbs at 11:52 PM 5 comments:

Hello everyone and welcome back! It has been a pleasant week and I have been enjoying the sunshine. Could easily get used to this weather. Anyways, some questions for you....

1) What is the most awful movie you have ever seen?

2) What is the worst TV program you have ever seen?

3) Have you ever sleepwalked?

4) What is your preferred game piece in Monopoly?

Posted by drewzepmeister at 5:20 AM 12 comments: 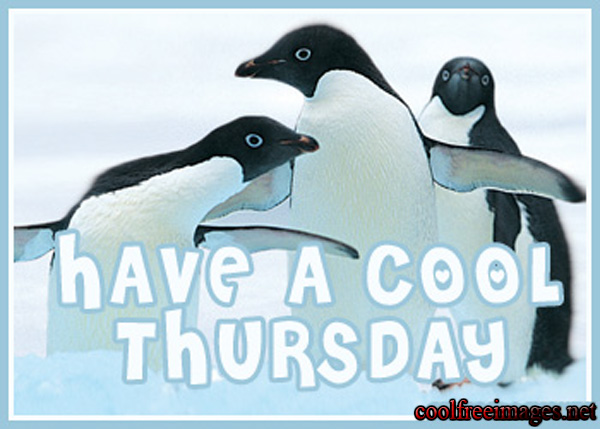 Penguins are cool in more ways than one.
Posted by The Sheriff at 12:00 AM 5 comments:

Can you imagine that?  I don't know if she deserves $18,000, but the bank should do something to rectify the situation.
Posted by OrbsCorbs at 11:59 PM 6 comments: 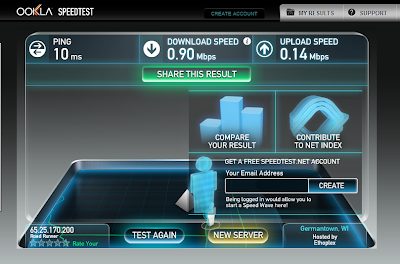 A Time Warner Cable technician "fixed" my internet connection this morning.  I subscribe to Road Runner Turbo, which means I should be receiving 20 Mbps or higher.  The test above shows my current speed at 0.90 Mbps.  And they have the gall to charge me money for this.  This problem has been occurring for years. Time Warner technicians apparently are incapable of solving it.

Now I have to wait till Friday for another "technician" to visit me.  That will make it a week of shit internet.  This has happened to me a dozen times or more.  I have no idea of how many internet hours I've lost to incompetence by TWC.   TWC don't care just as long as they get $ from me.  I am so sick of paying them to screw up my account.
Posted by OrbsCorbs at 9:41 PM 8 comments:

Nice. I would have crapped my pants.
Posted by OrbsCorbs at 8:58 PM 4 comments:

Hello, my sensuous souls!  How are you?  Are you enjoying the seesaw weather?  We go from broiling to chilly and back again.  Up and down, up and down, up and down.  It’s dizzying.  It’s also nauseating.  Still, I like the cool nights.  August lies ahead.  That’s when the broiling becomes nuclear and frying an egg on the pavement becomes possible.

Racine’s County Fair starts today and runs through Sunday.  Check out   http://www.racinecountyfair.com/.  I’m a sucker for the demo derbies.  Road ragers should enter demo derbies to release their pent up anger and aggression.  Every year, I want to enter the derby, but Señor Zanza objects, for safety reasons.  He’s afraid that a celebrity driver like me would be a target for the other drivers.  Junior, of course, wants me to enter.  Actually, he wants to enter himself, but he doesn’t have a license or a vehicle.  He talks about riding with me, but I don’t think that the rules allow passengers.  I’m more than capable of holding my own in a demo derby because that’s how I normally drive.  Oh my.

I assume that you’ve all heard about the royal birth and baby.  It would be hard not to.  My best wishes for a healthy and long life for the baby boy and his parents.  I can’t say that I am a big fan of royalty because of the way that the aristocracy treated gypsies in my homeland.  At least Britain’s monarchy is more or less a figurehead.  I don’t think that the current crop of nobility can condemn people to torture and death.  That must take a lot of the fun out of it.  What good is it being king if you can’t say, “Off with his head!”

The recent triathlon in Racine made me think, why can’t we have a similar challenge/race for people who are out of shape?  I’m glad that someone won the triathlon and I’m sure they worked very hard for it.  Yet, the average person in Racine is not a triathlete, or even an athlete.  The average person is probably a little overweight and sedentary.  It’s difficult for most of us to identify with the triathletes because we’re fat slobs.  If you want us to cheer someone on, give us other fat slobs.  We can relate to them.  We could have kringle eating contests and a Fattest Slob Contest.  At North Beach, we can see which contestant displaces the most water.  The Slobathlon would have to be a mile or less.  For those with personal mobility scooters, we could have races.  (Maybe a demo derby?)  It would be fun for everyone.

Mr. OrbsCorbs contacted me regarding his troubles with the cable company.  I asked him to calm down, but he didn’t.  I finally had to dose him with elixir.  That quieted him.  He takes his sense of right and wrong so seriously.  I refused to produce the psychic atomic bomb that he wanted me to direct at his perceived enemies.  I told him that is kind of overdoing it.  I suggested meditation to Mr. Corbs to calm his nerves.  Ranting about injustices just gives them more power over him.   “Living well is the best revenge.”

Thank you, my sweets, for visiting my blog today.  I always appreciate your input concerning my output.  You are dear friends and I love you very much.

What does the cable company do with all of that money?  madamezoltar@jtirregulars.com

Summer continues.  Enjoy the season and enjoy yourselves.  It’s time for relaxing and fun.  Get out there and get some.  Stay cool and stay hydrated.  And stay out of Lake Michigan if it rained recently. Ventripotent!
Posted by Anonymous at 2:00 AM 4 comments: 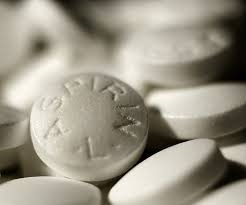 Even as aspirins get old their strength will last a long, long, long time, BUT they will start to smell like vinegar.

acetylsalicylic acid can have a very long shelf life (years) if stored dark, dry, and cool.
Posted by SER at 12:38 AM 6 comments:

Nature is beautiful.
Posted by The Sheriff at 12:00 AM 22 comments:

"July 22 (WILLIAMS BAY, WIS.) - The Racine Raiders were without regular starting quarterback Craig McClelland and wide receiver Dorian Palmer on Saturday night against the Lake Geneva Generals in Williams Bay, Wis. The running game picked up the slack and led the Raiders to a 44-29 win.

"The Raiders rushed for 332 yards on 36 carries, a 9.2 yard per carry average, and four touchdowns. Running back J.R. Taylor led the way with 19 rushes for 134 yards and a touchdown. Dom Kegel, filling in for McClelland at quarterback, had several electrifying runs en route to 133 yards on 11 carries and three touchdowns. Kegel also passed for one touchdown in the game.

"The Raiders moved backwards on their first drive of the game, losing 26 yards due mainly to a holding penalty and a sack. The Generals started their first drive in Raiders territory but Sir G Albrittin's second pass attempt of the game was intercepted by Raiders linebacker Nate Harris. Harris has now recorded an interception in three of the last four games, dating back to the 2010 Semi-Pro BCS national championship game in November.

"The Raiders marched down the field. On fourth-and-one at the Generals 23-yard line, Kegel took the snap and moved the pile forward for five yards but his helmet came off. On the next play, Taylor, playing quarterback, took the snap and ran for a touchdown but the play was called back on a holding penalty on fullback Marcus Baskin.

"With Kegel back in the game, Taylor punched out a two-yard run before Kegel ran the ball in from 23 yards out for the first score. The DaPra extra point was good and the Raiders led 7-0 with 5:26 to play in the first quarter. The drive went 60 yards on 10 plays and took 6:15.

"The Generals marched the ball into Raiders territory on the ensuing drive but stalled at the Raiders 45-yard line. Mike O'Brien punted the ball to Damonshay Pitt and Pitt broke several tackles, returning the punt 62 yards to the Lake Geneva 25-yard line.

"The Raiders gave the ball to Taylor on three straight plays and Taylor eventually reached the ball across the goal line on a seven-yard run. The DaPra kick was deflected at the line but went through to give the Raiders a 14-0 lead with 12 minutes to play in the first half.

"DaPra booted the kickoff high in the air and while several Generals watched the ball hit the ground without trying to grab it, Ross Toeller was able to pick it up for the Raiders, setting Racine up with the ball at the Lake Geneva 35-yard line.

"On the second play of the drive, Kegel, under pressure, rolled out to his right and found tight end Traves Worthington wide open for a touchdown. It was Worthington's third catch of the season and his third touchdown. The DaPra kick was good and the Raiders led 21-0 with 11:14 to play in the first half.

"Lake Geneva answered on their next drive, going 77 yards on 11 plays in 7:45. Albrittin hit Scott Torkelson on a one-yard pass and the Raiders lead was cut to 21-7 with 3:24 to play in the half.

"The Raiders responded right back as Kegel led the Raiders 86 yards on just seven plays, culminating in a 16-yard touchdown run by Kegel and the Raiders would take a 28-7 lead into halftime.

"The Generals came roaring back in the second half, outscoring the Raiders 14-3 in the third quarter, and trailing by just ten points heading into the final quarter. The third quarter marked the first time this season that the Raiders were outscored in a quarter.

"The Raiders slammed the door in the fourth quarter. Kegel had a 49-yard touchdown run and Torie Ruffin intercepted an Albrittin pass and returned it 74 yards for a touchdown to give Racine a 44-21 lead midway through the final quarter.

"The Generals scored one more time with under two minutes to play and completed the two-point conversion but they had no time outs remaining and couldn't recover an onside kick, giving the Raiders the 44-29 win.

"The Raiders extended their winning streak to 18 games and improved to 4-0 on the season and 2-0 in the Mid-States Football League (MSFL). The Generals lost their fifth straight game dating back to 2012 and fell to 0-4 overall and 0-2 in the MSFL.

"The Raiders have a division bye next week. The next game for Racine is Saturday, August 3, 2013, against the Milwaukee Venom (1-3, 0-1 MSFL) at Stephen J. Gavinski Stadium on the Greendale High School campus in Greendale, Wis. The game begins at 7 p.m. CT.

"The Racine Raiders, a 501c(3) not-for-profit organization, begin their 61st season of operations in 2013. The Raiders won their eighth national championship in 2012. Find out more about the Racine Raiders at http://www.racineraiders.com."
Posted by The Sheriff at 10:07 PM No comments:

That's pretty good. How does he do it? Irregular minds want to know.
Posted by OrbsCorbs at 11:40 PM 4 comments: