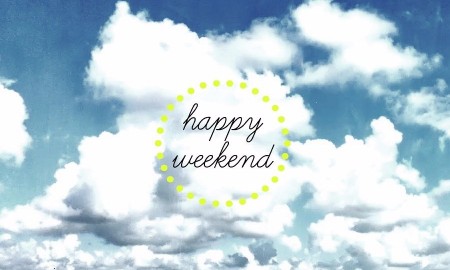 Happy weekend to everybody!
Posted by OrbsCorbs at 12:00 AM 1 comment:

I'm filling in for Ms. Tender Heart Bear, who is performing other acts of charity today.  Here's your questions:

1)  Who is the biggest asshole in Racine?

2)  How hot and how high the humidity before it gets to you?

3)  Will Trump get North Korea jacked up enough that they attack us first, and then we flatten them?

4)  Will Trump get North Korea jacked up enough that they kill him (Trump)?

Everyone have a great week and keep your cool.  I'd much rather worry about the heat than the cold.
Posted by The Sheriff at 12:30 AM 3 comments: 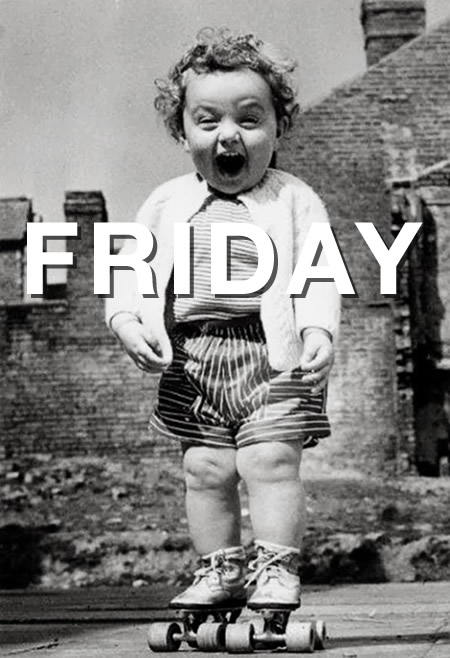 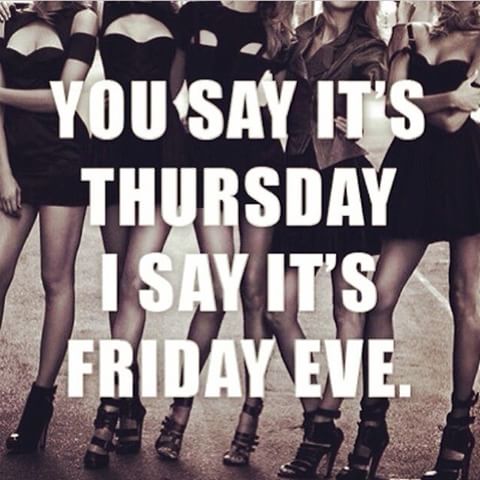 Who cut your heads off?
Posted by OrbsCorbs at 12:00 AM 2 comments:

I'm sorry this blog is late, but our basement is flooded.  At first I heard Junior's whoops of joy, soon to be replaced by Senor Zanza cursing.  He's been in the basement for hours now.  What could he be doing?  Fishing?

Mayor lying John has announced his last day on the job: July 16, which also happens to be Mr. OrbsCorbs' 66th birthday.  I can't think of a finer gift to give Mr. OrbsCorbs.  Although he's toned down the rhetoric in recent years, Mr. OrbsCorbs used to taunt the mayor daily.

I wonder if lying John has left an orderly plan for this transition?  LOL.  Not.  I wonder how much money his comrades stand to make?  We've given away millions already.  What's a few million more?

I'm not at all impressed with the three people who have announced their candidacy for mayor.  If this is the best Racine can scrape up, then we deserve everything we get (or don't get).  I can understand, though, an honest person's reluctance to walk into a cesspool.  Most Racinians are blind to lying John's machinations.  No one cares as long as their belly is full.  No one cares until the taxes are due.

This is a real chance to put someone who is ethical and has the community's best interest in mind into office.  I'm sorry to say that I think we'll blow it.  It's like we have a death wish.  We'll elect some Dickert stooge, and not much will change.  Everyone keeps following orders.  The rich get richer, the poor get poorer.

Oh dear!  More swearing from the basement.  That doesn't sound good.  I told him to beware electrocution.  I'm not even going to ask him how it's going.  That would just get me involved in the madness.  When he's had enough, he'll come upstairs.  I can make him a sandwich then and we can discuss the situation.

Obviously, we're not the only household that's flooded.  The county has declared a state of emergency.  I think that does little to help me.  I'm not "connected."  No one is going to come here and pump out the water unless I pay him/her to do it.  I'm not even going to ask why our sump pump failed.  It simply has.  There's nothing to do now but deal with the damage.

Thank you for reading my blog.  I love more readers.  Mostly, we're a merry bunch, except when our basements are flooded.

Enjoy the warm temps even if it does rain too damn much.  Wet and warm is better than wet and cold.  We had some beautiful days last week.  They'll return,  I hope.
__________________________
Please donate: paypal.me/jgmazelis
If you don't like PayPal, send me a note at madamezoltar@jtirregulars.com and I'll send you my street address so you can send a check or money order.  Thank you.
Posted by Madame Zoltar at 1:35 PM 1 comment: 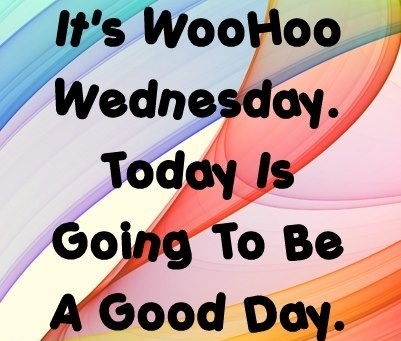 Any guarantees?
Posted by OrbsCorbs at 12:00 AM 4 comments:

"Slinging of the Bull" Once again this fest coincides with the running-of-the-bulls-shit they got going over in your Pamplona, Spain, which reminds me of an idea I had some years back on how our Frenchie-palooza could attract a more culturally diverse patronage (other than young white people walking around in circles)—a patronage that would be brave, not cowardly, in pissing away their spend-able francs on parlez-vous and what-not, what the fock.

I suggested our Downtown French shebang could garner the annual international attention and fervor like the “running of the bulls.” So why not during the Bastille Days we periodically let loose a couple, three rampaging bulls at the swell corner of Jefferson & Wells so as to attract the wealthy international traveler bent on confronting death? Hey, you tell me.

So yeah, I took a week off and now I’m back from my focking vacances, excuse my French. And why I go on a vacation, I can’t tell you. All I get from a vacation is a reminder of a definition for insanity: You keep repeating some kind of stupid-ass dead-end behavior, each time thinking: “O Lord, please let the outcome be a little better just this one time, would you, for christ sakes.” Yeah, I know that’s also the definition of newspaper-column writing, but I’ll deal with that another time ’cause I got other fish to fry.

You betcha, my vacations never turn out the way I’d prefer. You want to know what my vacations are like? I’ll tell you what they’re like. They’re like what happened to this guy I know. Here:

One day this guy I know is on his way to lunch and walks right by a snazzy travel agency with a sign in the window that says, “Four-day cruise down the Murray River—$40 all inclusive!”

He can’t believe the price, and a nice relaxing river cruise was exactly what he had in mind for vacation that year. So he races into the agency, slaps two Jacksons down on the counter and tells the agent he wants to book a Murray cruise. Agent says, “Very good, sir,” whips out a baseball bat and knocks the guy stone-cold out.

So he comes to and finds himself strapped to a floating log racing down a white-water river. A little ways down, he sees another guy strapped to a log rolling down the other side of the river.

“Forty-dollar Murray cruise?” he shouts out. “Hey, you betcha,” says his fellow cruiser on the other side.

Anyways, my “week off” wasn’t to be one of those vacation vacations where you just sit around on your cushy butt spending dough in hopes to convince yourself you’re having a good time, no sir.

Listen, as a candidate to be your next governor of America’s Dairyland, I’ve heard tell that our Badger State is one of these so-called “swing” states that could flip either way, especially for a presidential election. So I thought it would be wise for me to tour outposts like your Ladysmith, Cadott, Cornell, Black River Falls, Solon Springs, Town of Barnes, and bamboozle the bumpkins with my glad-hand just like a regular would-be governator.

But I’ll tell you, “swing” is not the first word that comes to mind during a jaunt through these hinterland haunts, unless come Saturday night you hang yourself from a beam in the basement, just for something to do.

And it’s a mystery to me that candidates for office believe that a quick stop here, a pop-in there, can do very much to jack-up the opinion of elected representatives held by the bucolic wing of the electorate. Cripes, I remember a story from some years ago that shows just how much work needs to be done to improve a would-be statesman’s standing with the cornfield crowd. I don’t know if this story’s true but here it is anyways, what the fock:

On Friday afternoon, the entire state legislature of a state located not-even-close to either coast was aboard the official state bus touring a remote rural area when the driver lost control and crashed the bus into a ditch. Sometime later, a local farmer sauntered by and upon finding the politicians lying in the road, buried them.

It was reported that county sheriffs then arrived on the scene just as the farmer finished tamping the dirt down over the last member of this state’s legislature. Upon questioning the farmer about the wreck, a sheriff asked, “So you buried ALL the politicians? Were they all dead?”

The farmer reportedly answered: “Well sir, some said they weren’t, but you know how them politicians lie.”

Posted by OrbsCorbs at 1:08 PM No comments:

This is a documentary about a man who is often seized by aliens.  He is often beat up and he doesn't know why, but he wakes up on the kitchen floor a lot, bloodied and disheveled.  He also receives messages from the outsiders, sometime on his TV.  So I'm watching this documentary when suddenly I see this: 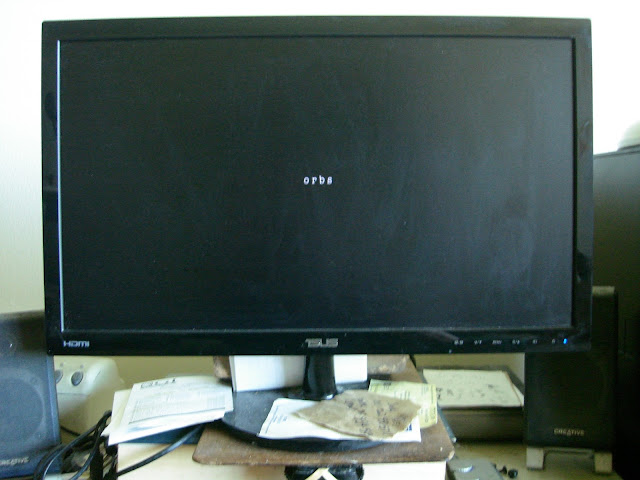 There's a shart moment for you.  I dropped my sandwich.  Then I realized that this is the introduction to a part on orbs that follow Mr. Romanek around, often for miles.

Whew.  For a second, I thought ET was coming for me.
Posted by OrbsCorbs at 9:38 AM 2 comments:

You complain to them if you don't like today.
Posted by The Sheriff at 12:00 AM No comments: 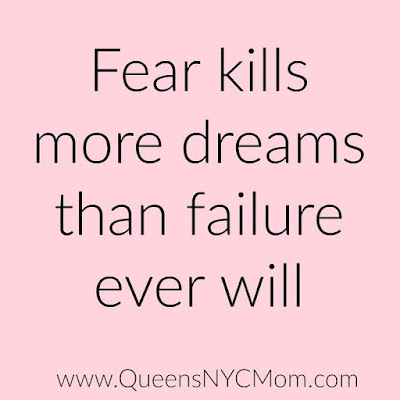 Email ThisBlogThis!Share to TwitterShare to FacebookShare to Pinterest
Labels: Fear 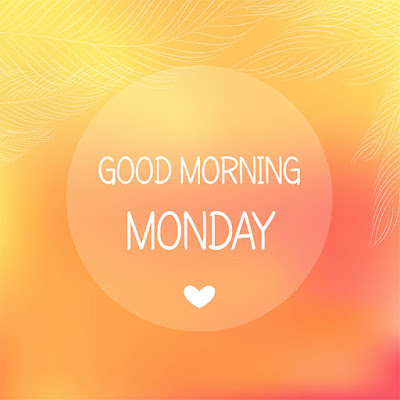 Spread love and sunshine wherever you go.
Posted by The Sheriff at 12:00 AM 3 comments: