RACINE — City leaders in Racine unveiled plans to expand the city's Festival Hall convention center and to build a new 171-room hotel near the lakefront on Monday.

The project will cost about $48 million, according to Mayor Cory Mason.

About $21 million will come from public funds, the rest will come from a public-private partnership with Gatehouse Capital, a Texas based investment firm.

Mason said the new facilities will provide a place for people to stay and host meetings while visiting Racine in the future. 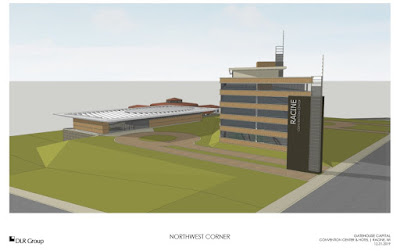 "Boy, there's a lot of great events to come downtown Racine with the lakefront and Monument Square and the historic downtown but, there's not a lot of places for people to stay," said Mason.

Now, he says the new developments will also be satisfying to business owners in Downtown Racine

"This really makes that happen and has already begun to spur economic activity just from the enthusiasm of hundreds of people coming through every week, just to be in our downtown," said Mason. 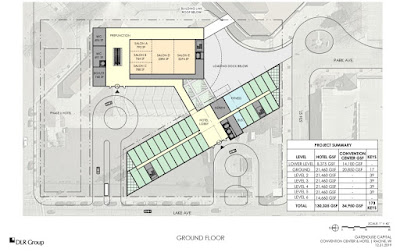 Originally there were plans to build the expansion of the convention center and the hotel in the area north of the existing building.

State law stopped that construction from moving forward and the Department of Natural Resources (DNR) upheld rules that aim to keep private investors away from the lake bed, despite bi-partisan efforts to change those rules.

"Unfortunately, the way that we have the law currently makes it very difficult to do this, not only here but up and down the lakefront itself," said State Representative Robert Wittke (R-Caledonia). "So, it's something we will have to consider in future legislation sessions." 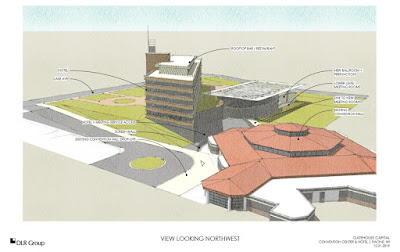 Mason said he did not want to see the deal delayed any longer.

"The question sort of became, when we reached this impasse around the legislation, about what to do. Do we just sort of pack up and go home or do we find a solution to move forward?"

Leaders are now moving forward with plans to build in an area not impacted by those same laws on the other side of the existing building.

Moving forward means construction can begin later this year, and the new facilities should be completed by 2022, according to David Rachie with Gatehouse Capital.