SATIRE
Notice;
the names and offices are real  !
The corruption is real ! 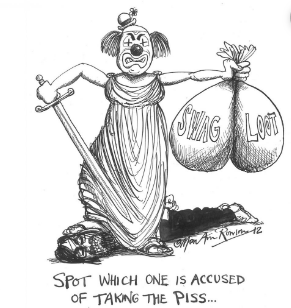 The Wisconsin Department of Justice thru U.S. mail and email has informed Wisconsin citizens that its office will not prosecute judges for
committing crimes within the state.

In doing so, Attorney General Josh Kaul’s office announced the partisan reasoning is his office has no authority over the politically controlled courts.

The next group to be selectively omitted from prosecution by the Wisconsin Department of Justice will be meteorologist.   The Attorney General’s office has no authority or control of weatherman broadcasts or of the weather, or God when they commit crimes within the state.

“Thank you for contacting us. We hope you can understand that we must act within the constraints of our legal authority.”   -  Michael Morris
Assistant Attorney General
State Bar # 1112934 : email morrismd@doj.state.wi.us  : tele: 608-266-3936 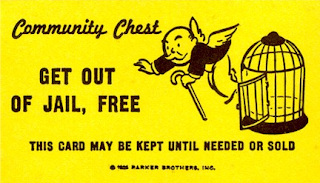 There is more truth than fiction in this post.
We have corrupt and parasitic pieces of s#*t within our Government.

RULE OF LAW
The rule of law is a principle which we should operate where all persons and all institutions are held equally accountable to the same standards
to the laws that have been publicly promulgated, equally enforced and
fairly adjudicated in an unbiased manner.