Readers may recall, in mid-August, we pointed out Kim Klacik, the GOP congressional candidate from Baltimore, is attempting to take late Elijah Cummings' congressional seat in Maryland's 7th congressional district.

However, there just one problem, she's a Republican, nevertheless, a young black millennial, who has been embraced by President Trump and top Republicans. 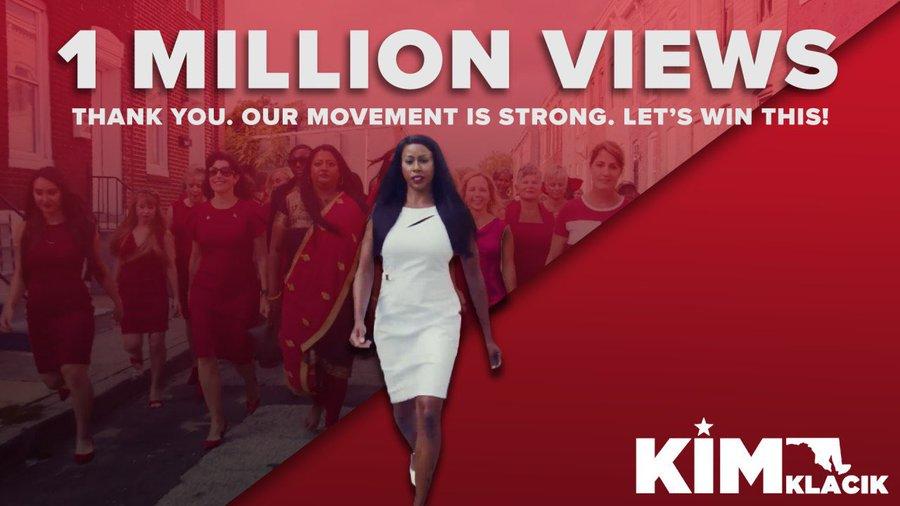 For more color on Maryland's 7th District, which covers the northern and eastern boundaries of Baltimore County, the majority of Howard County, and a decent chunk of eastern and western parts of Baltimore City, which have been dominated by Democrats for a little more than half a century.

Klacik was propelled into the spotlight in August when her campaign released a video of her walking the streets of Baltimore. She showed people "the real Baltimore," outlining how decades of Democratic policies have imploded communities:

"Democrats don't want you to see this. They're scared that I'm exposing what life is like in Democrat-run cities. That's why I'm running for Congress Because All Black Lives Matter Baltimore Matters And black people don't have to vote Democrat."

Now the Baltimore-based GOP Congressional candidate is out with another political ad bashing Baltimore liberals for destroying the city. She focused on Baltimore's trash problems, dilapidated row houses, and the "black struggle of people in Baltimore."

"I see a Baltimore that picks up trash," Klacik said. "There are piles of garbage all around Baltimore. It makes life unsafe for our families. I'll work with city leaders to get Baltimore Solid Waste Bureau the resources it needs to take out the trash."

"Our streets should be a reflection of our leaders: clean, not dirty," she said, adding that she wants to "end school to prison pipeline" and introduce the school choice plan, a program backed by Trump.

Klacik said there are more than 17,000 vacant row houses in the city, calling them a "scar on the face of our city" (read: "Baltimore Continues To Struggle With Thousands Of Vacant Homes").

"A broken Baltimore doesn't have to be our future," she said.

ZEROHEDGE DIRECTLY TO YOUR INBOX

Trump has criticized the liberal-run city for years. In 2019, he called the metro area, which is about a 40-minute train ride from Washington, D.C., a "disgusting" and "rodent-infested mess."

Klacik's new ad puts Baltimore Democrats to shame and points out their decades of failures.

Will Klacik one day be the new face of the GOP?

Posted by Clint Teeters at 7:32 AM