YORKVILLE, Wis. - A 34-year-old Union Grove man is accused in a hit-and-run that injured a jogger in the Village of Yorkville on Friday, Oct. 8. Joshua Hanson has been charged with hit-and-run, causing great bodily harm.

According to the criminal complaint, a deputy was dispatched to County Highway KR and Highway 45 just before 6:30 p.m. Friday.

When the deputy arrived on the scene, medical personnel were already providing aid to the hit-and-run victim. A witness told the deputy the victim stated, "silver van" to her – and when the deputy spoke to the victim, she indicated her left elbow and left ribs hurt. The woman also suffered cuts to her face. 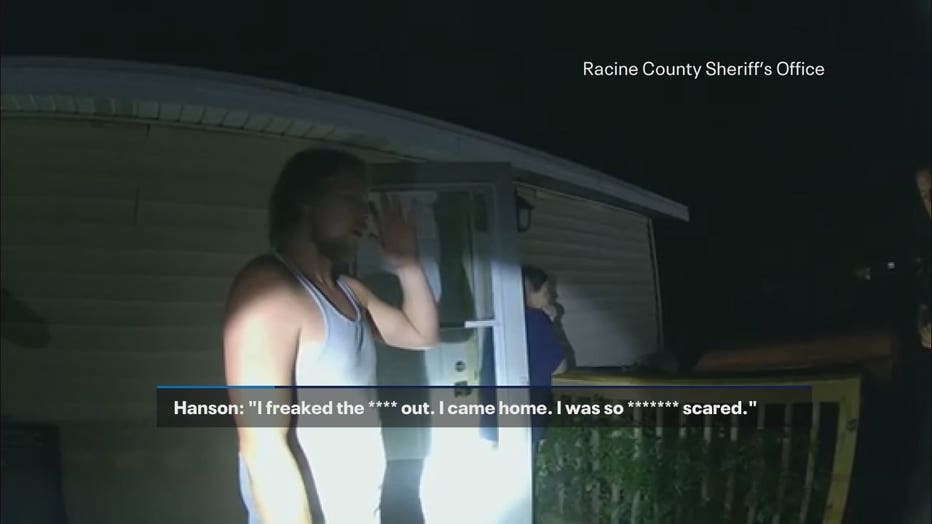 At the scene, the deputy "located a broken silver mirror which is consistent with a van mirror or SUV mirror," the complaint says. The deputy located a part number and also found a Ford emblem. The complaint states the "part number showed the mirror was for a Ford Escape or Mercury Mariner." 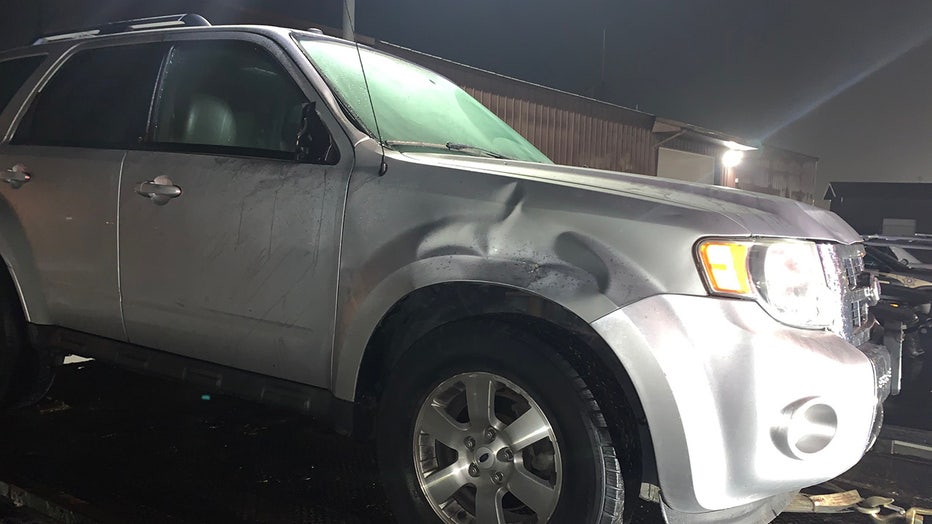 Additionally, the deputy "noted it was wet and there were no skid marks that would indicate an attempt to stop or swerve to avoid the pedestrian," the complaint says.

The complaint goes on to state deputies later found a 2010 silver Ford Escape in a neighborhood near the site of the hit-and-run. It "had fresh damage including a caved-in front passenger side fender with fresh paint chipping, a missing passenger-side mirror that had new black duct tape over it, and the A-pillar was bent in with fresh paint chipping. This damage with the mirror found on the scene matched this vehicle, and was indicative of hitting something with the passenger side of the vehicle at a high rate of speed."

"This individual decided that they didn't want to stick around. They may have just potentially killed," said Racine County Sheriff Christopher Schmaling. "He decided to go home."

The victim – a Kenosha County woman – was transported to a Kenosha hospital, then transported to Froedtert Hospital by Flight for Life. According to court documents, she suffered a fractured elbow, broken ribs, and a severe eye injury.

Sheriff Schmaling said this of the witness who stopped to help: "These are the angels that we all hope that we have on our shoulder." 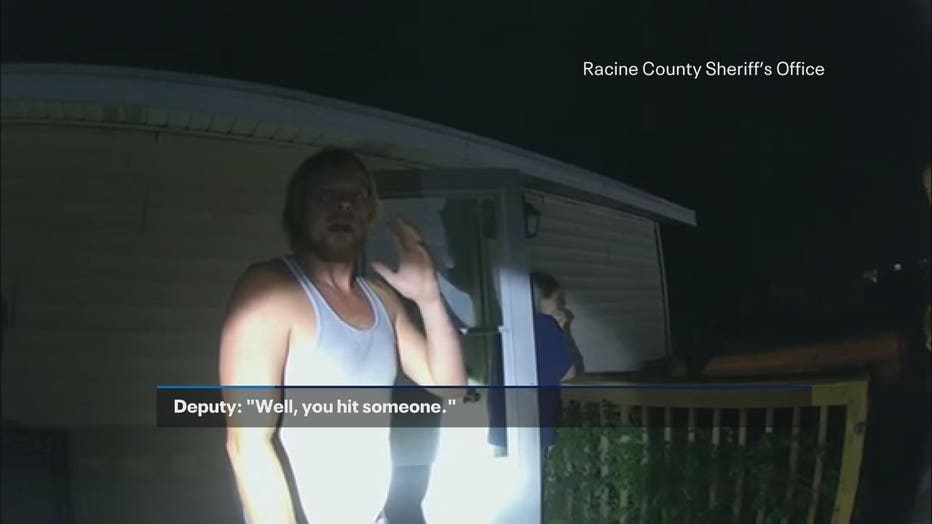 According to the complaint, a deputy made contact with a man at a nearby trailer. The defendant came to the door with his mother. The deputy noted, "Hanson was very nervous and his hands were shaking." When asked what happened that night, the complaint says Hanson "stated he was driving to get pizza at R&R Club and it was raining as he came over the hill on KR, and it was raining so hard and he thought he 'hit somebody in the arm or something.' Hanson stated, 'then I freaked the (expletive) out' and came here and yeah, it took the mirror off.'" When the deputy stated Hanson had hit someone, the complaint says Hanson replied, "yeah, I know."

"I freaked the (expletive) out. I came home. I was so (expletive) scared. I’ve been paranoid ever since it happened," Hanson said.

Deputy: "Well, you hit someone."Hanson: "I know. I was freaking the (expletive) out. And I was just, I’ve been just sitting here so (expletive) paranoid that I haven't known what to do."

Deputy: "You didn’t think to call the police? Because this person is Flight for Life to Froedtert now."

Deputy: "So go ahead and put your hands behind your back for me." 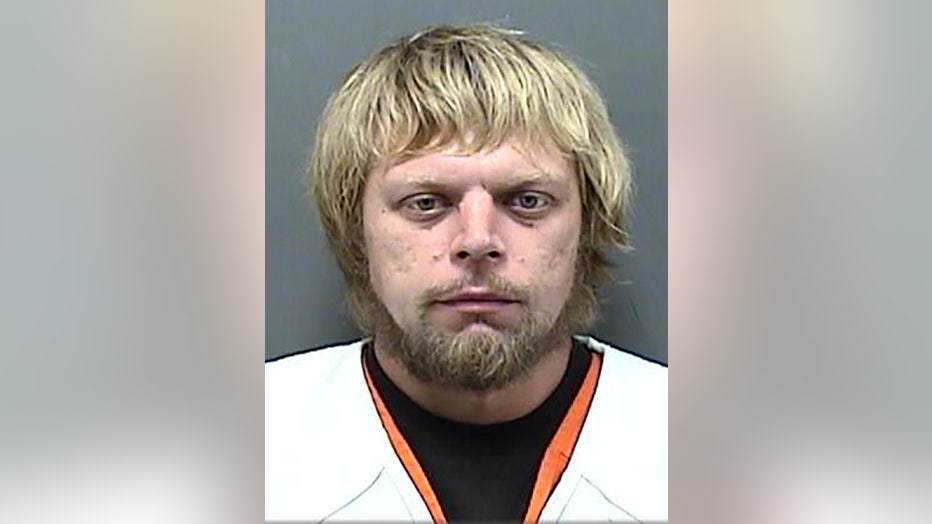 When Hanson was asked if he was drinking or using drugs prior to the accident, Hanson said no, the complaint says. He did state he had one or two Mike's Hard Lemonades after the incident. He also indicated he took a Percocet after the crash.

"These are serious charges," said Sheriff Schmaling. "At the end of the day, he chose not to do the right thing."

Hanson made his initial appearance in Racine County court on Monday. He is due back in court for a preliminary hearing on Oct. 20.