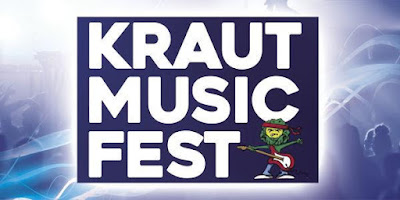 MOUNT PLEASANT — Mount Pleasant Police are investigating Jim Svoboda, the former co-chairman of Kraut Music Fest and former director of Caledonia-Mount Pleasant Memorial Park, according to Caledonia Village Administrator Tom Christensen.
“I am aware of an ongoing criminal investigation,” Christensen said.
Christensen declined to comment further but did confirm that Kraut Music Fest is canceled for this year. He referred any further questions related to the investigation to the Mount Pleasant Police Department.
“We can’t legally discuss an ongoing criminal investigation; however, once the investigation is concluded we will release further information,” an email from Matthew Soens, interim police chief of the Mount Pleasant Police Department, stated.
During a special meeting of the Joint Park Commission on March 21, commissioners put Svoboda on unpaid leave and converted his pay to “an hourly rate when needed and designated by the Joint Park Commission President or Caledonia Village Administrator or designee,” according to meeting minutes. The commission then voted to terminate Svoboda’s employment effective March 25. He resigned as Memorial Park’s director on March 22.
When asked about Svoboda leaving the village and involvement with Kraut Fest, Maureen Murphy, Mount Pleasant village administrator, stated: “The village cannot legally discuss ongoing criminal investigations.”
Village President Dave DeGroot said Svoboda did resign from the village and added Svoboda was a big part of the organization of Kraut Fest.
“It’s kind of a delicate situation,” DeGroot said

Read more: https://journaltimes.com/news/local/crime-and-courts/former-kraut-fest-co-chair-under-investigation-festival-canceled/article_5d329d9e-0fce-5fcf-a2a5-a1b8c8a8f0c8.html
Posted by Clint Teeters at 3:18 AM