Update (11:50 a.m.): President Trump announced that chloroquine has been fast-tracked by the FDA for use in coronavirus patients in the United States (the FDA has denied this).
During a Thursday coronavirus press briefing, Trump noted that the drug had been recommended by international teams, and that New York Governor Andrew Cuomo said in a Wednesday night phone call that he wants to immediately deploy it in the state.


While several drugs are currently being tested to treat COVID-19, an inexpensive anti-malaria drug that's been around for over 70 years has been shown to halt coronavirus in patients who have mild to moderate symptoms. 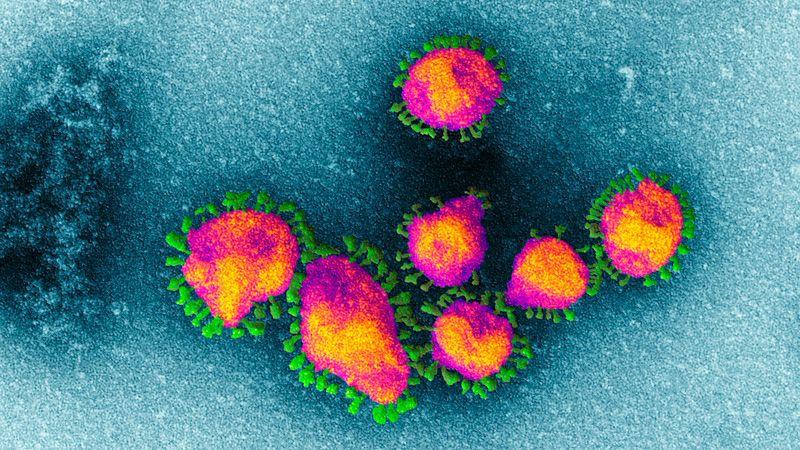 The drug, chloroquine, was first approved in the US in 1949, and has been widely used as a low-cost method to treat a variety of diseases, including malaria, lupus and rheumatoid arthritis. In several studies and through anecdotal evidence, chloroquine appears to significantly limit the replication of COVID-19, particularly when combined with antibiotic azithromycin (Z-Pak).
In a study published Wednesday by French physician-researchers, a total of 36 patients (20 who were treated with chloroqine and 16 controls who were not) revealed that 50% of the treated group turned from positive to negative on the third day - which grew to 70% by the sixth day.
Six test patients were treated with both chloroquine and Z-pak, and all six tested negative for coronavirus on day six.
"Despite its small sample size our survey shows that hydroxychloroquine treatment is significantly associated with viral load reduction/disappearance in COVID-19 patients and its effect is reinforced by azithromycin," the study concludes.

A peer-reviewed study shows that 100% of patients, after 6 days of taking a Malaria drug were "virologically" cured

This is, reportedly, the 2nd 100% cure to a virus that has ever existed

RT If President @realDonaldTrump should immediately move to make this available 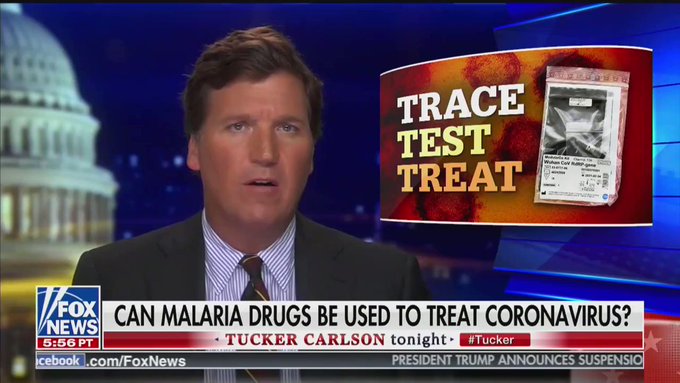 34.3K people are talking about this


Both the Dutch CDC and the Italian Society of Infectious and Tropical disease have recommended the use of cloroquine for coronavirus patients, along with doctors from China, South Korea and Belgium - which have added the drug to their treatment guidelines. Meanwhile there are over two dozen clinical trials are currently underway to study the efficacy of the drug.
Australian researchers at the University of Queensland say that a combination of chloroquine and Kaletra led to the recovery of some of the first coronavirus patients in the country.

16.3K people are talking about this

"If clinical data confirm the biological results, the novel coronavirus-associated disease will have become one of the simplest and cheapest to treat and prevent among infectious respiratory diseases," wrote a group of French researchers on February 15 in the International Journal of Antimicrobial Agents (via Business Insider).

One of the three authors of that article was Didier Raoult, a prominent infectious-disease expert who's running a clinical trial in France to test a version of the drug called hydroxychloroquine on a few dozen patients with COVID-19. It's one of many clinical studies going on around the world testing chloroquine or hydroxychloroquine.
Early reports of Raoult's trial were positive, with Raoult saying chloroquine appeared to shorten the time that people with COVID-19 are infectious. -Business Insider

That said, chloroquine is not without side-effects, including headaches, dizziness and stomach problems up to and including diarrhea. All of which would be preferable to dying of coronavirus.


NEVER MISS THE NEWS THAT MATTERS MOST

ZEROHEDGE DIRECTLY TO YOUR INBOX
Receive a daily recap featuring a curated list of must-read stories.
Meanwhile, US physicians aren't waiting for the trial results - as prescriptions for choloroquine have surged from 531 weekly prescriptions to 1,290, according to recent tracking data from IQVIA, cited by Raymond James (via BI).
The drug has become so popular that the UK has added both chloroquine and hydroxychloroquine to a list of drugs which cannot be exported for fear that there will be a shortage in the country.
Early reports of success should be 'taken seriously' according to Italian scientist Andrea Savarino, who has worked at the Italian National Institute of Health since 2006.

During the 2003 outbreak of SARS — also a coronavirus — Savarino showed in laboratory research that chloroquine may be a useful weapon against it. But by the time his research was published in The Lancet in November 2003, the outbreak had dissipated and there were no human cases available to test.
"There has been a number of press releases, unfortunately not yet papers, but even the local experiments are things that should be taken seriously," Savarino told Business Insider. "Chloroquine plus the HIV inhibitors has produced interesting results, at least curative results, both in China and Australia." -Business Insider

That said, it's unclear how effective chloroquine is on critical coronavirus patients who require ventilation.
Another drug which has shown significant promise for COVID-19 is Avigan, which has shown to shorten COVID-19 infections from 11 days to 4, as well as drop fever in patients from 4.2 days to 2.5 days after treatment is started.
See more: https://www.zerohedge.com/health/anti-malaria-pill-shows-promising-results-treating-covid-19
Posted by Clint Teeters at 7:21 AM