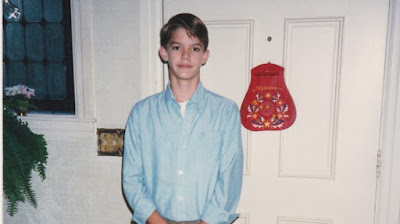 The cards arrived every month.

They often had a tranquil photo on the front, a snow-covered scene or a depiction of Jesus in a stained-glass window. The letter’s author wrote in messy cursive as he discussed the Green Bay Packers, family events or his “frozen” Toyota Camry that required a new battery.

The writer, a top clergyman in the Green Bay area, often ended his messages with “God Bless.”

Inside each card, Nate Lindstrom would find a check for $3,500 from the Norbertines of St. Norbert Abbey in De Pere.

The money provided Lindstrom with another month of financial stability. But it also took him back to his days as a teenager in Green Bay, when Lindstrom said he endured sexual abuse at the hands of three Norbertine priests.

According to interviews and documents, the Norbertines quietly sent Lindstrom monthly checks totaling more than $400,000 over 10 years after his parents complained to the Catholic order's leaders about the harm their son suffered from being sexually abused by at least one priest in the late 1980s.

Lindstrom spent years in therapy and taking medication, and he eventually settled in suburban Minneapolis with his wife and three children. But in 2018, his life changed when the order's abbot told him the monthly payments would end.

After that, Lindstrom pushed back and reported additional allegations, but those efforts came up empty. The last check arrived in May 2019. He became increasingly depressed and defeated.

One day this past March, Lindstrom retrieved a case from the trunk of his car. He took out a gun and brought it inside to the basement of his home.

Then he killed himself. He was 45.

Where did the priests get the $400,000 that they paid to Lindstrom?  From donations that parishioners gave to them for charity work, not to pay off their child-sex crimes.  The Catholic Church is an abomination.  It is the largest child-sex ring in the world.  It trafficks in children.  They will not stop until they are forced to.

Posted by OrbsCorbs at 8:44 AM