Guess Which Wacko Nut Job TEA - Partier is About to Get Flushed Down A Bright Shiny Sewer! Hint: He's also the Village Idiot and In Charge!
A Better Mount Pleasant Sends:

Three years ago Foxconn announced a 10.5 LCD factory in Mount Pleasant that would employ up to 13,000 employees and require a $10 billion investment. Trumpeted as the “eighth wonder of the world,” the “Foxconn Effect” would transform southeast Wisconsin into a technology hub - a virtual Silicon Valley of the Midwest.

Foxconn and local officials kept pumping the 13k employees and $10B investment long after it was clear that wasn’t going to happen. A talking point that defied logic and reality as Foxconn publicly played a game of “what are we gonna make this week?”
Their biggest cheerleader was the Journal Times. Possessed with a publisher who preferred sitting on the boards of RAMAC and RCEDC, the Journal Times fashioned themselves into an integral part of the PR campaign that repeated Foxconn’s talking points instead of actually asking questions about a deal that was always too good to be true.
Not only is Foxconn not creating the facility, jobs and investment which are clearly spelled out in the local agreement, they have missed the land improvement agreements stated in the contract for the last two years which were intended to create $1.4 billion in assessed value by January 1, 2022.
There is actually no financial obligation Foxconn has honored except paying their property taxes, which makes them exceptional to no one in Racine County who also pays their property taxes every year.
According to the Journal Times, the plaintiff in the lawsuit is understood to be greedy. Just like all the residents who lost their houses for nothing were greedy when the Village filed eminent domain actions against them and they dared complain. The Creuzigers, who didn’t much want their house torn down for a road that was hundreds of feet away, were greedy too when they filed a restraining order against the Village. The Journal Times forgot to tell you the Creuzigers won.
Everyone was greedy except the attorneys, appraisers and consultants who made millions moving people out, and clearing the land for a factory that wasn’t happening. Meanwhile, Mount Pleasant and Racine County continued to spend hundreds of millions of dollars. Money that the State says we are unlikely to ever recoup.
Sitting in an office at Village Hall is the Foxconn Project Manager, he earns $240,000 a year - twice the salary of the Governor of Wisconsin. While he is paid with public dollars, he actually works for a Foxconn contractor, making his interests more than a little questionable. You’ll never see a story in Journal Times that questions the appropriateness of his salary and position - because he’s the first person they go to to get a quote that supports Foxconn’s less than transparent plans in Wisconsin.
The people of Racine County should thank Mr. Hintz for being willing to say what our own newspaper won’t say. Foxconn has lied from day one. Mount Pleasant and Racine have obligated nearly $1 billion into that lie. Foxconn must be held accountable.
NOTE: We really hate linking to this garbage version of this story.
https://journaltimes.com/.../article_4b99efd3-eac7-55c8...
From: https://www.facebook.com/abettermtpleasant/ 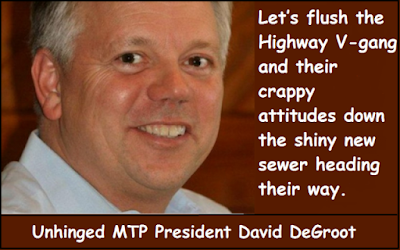 https://journaltimes.com/news/local/caledonia-man-who-owns-hundreds-of-acres-hoped-for-development-boom-sues-foxconn/article_4b99efd3-eac7-55c8-8482-9383bf8b295a.html?mode=comments
Posted by Clint Teeters at 7:47 AM 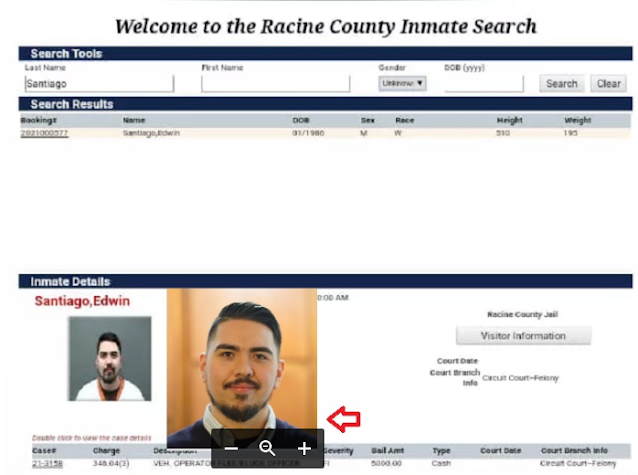