A San Francisco artist who mocked Twitter 'blue check' elitism was forced to put a disclaimer on a satirical website, which encouraged 'thought leaders, athletes and famous actors' to apply for a blue "Verified Badge Crest" on the exterior of their homes - letting everyone know how important one is.

In a Friday tweet that immediately went viral, Danielle Baskin announced the new service - and in a matter of hours, had over 40 million impressions and thousands of retweets and likes, according to SFGate.

Upon landing on the homepage for bluecheckhomes.com, visitors are prompted to enter their name and all social media accounts that represent you. Then, after qualifying, applicants need only pay a $3,000 fee to let everyone know how special they are.

The deadpan satire continues with: " Homeowners who are athletes or on professional esports leagues, and coaches listed on the official team website or who have 3 or more featured references within the 6 months prior to applying in news outlets such as Kotaku, Polygon, or IGN."

Applicants must be willing to provide proof of home ownership.

Apparently so many people fell for the hoax - and didn't catch on to the increasingly absurd qualifications - that Baskin had to add a disclaimer to her website. 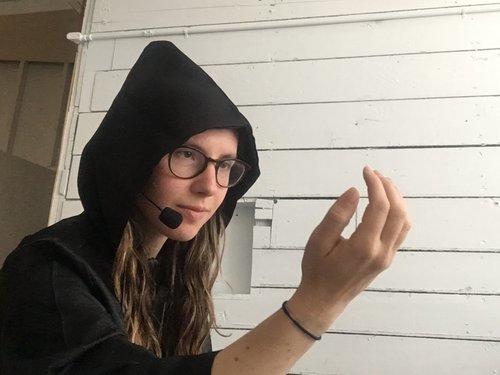 "...Baskin, the SF-based artist behind the prank, had no idea the website she crafted to back up the fake service would receive 495 applicants, all hoping for a crest of their own." -SFGate

"I will say a percentage of them are not from a real person. People added, like, Kim Kardashian, and that was clearly a joke," she said, adding "But everyone else thought the website was real. I did what I thought was a mediocre Photoshop job … I thought, ‘This is all very clickbait-y.’ All of the copy, I thought, was so obviously satire."

WTF IS THIS REAL?

For context, I'm an artist who makes random internet jokes that sometimes pokes fun of "let's turn this into a service" culture, internet vanity culture, and terrible capitalist ideas. Historically, decorative crests found on Victorian homes were a mark to signal wealth and importance and I thought it would be dumb if that concept also existed today. But if it existed today, would you need to be verified by a third party to signal status? Here's the origin of the joke.Yes, I ALSO THINK THE IDEA OF VERIFIED BLUE HOUSE BADGES IS DUMB. I also love to fabricate funny shitposts on a Friday night, but my medium is writing satirical copy for landing pages and creating product launches. I'm also actually a sculptor and would totally make one for someone (IDK about pricing).If I do make one, it's unlikely anyone walking around outside would react to a blue check mark on someone's house. They will probably never find it.So is this real? It's somewhere in between real and fake. Anyone can craft something out of plaster. Anyone can apply to be verified. Anyone can make a landing page. Is there an entity involved and is this being rolled out across Bay Area neighborhoods? No.If you thought this was a full-fledged service, please investigate the things you read on the internet! And if you're an artist making jokes on the internet, we should consider adding disclaimers like this, because not everyone understands your commentary and will share your jokes as fact. 😢

Posted by Clint Teeters at 7:11 AM