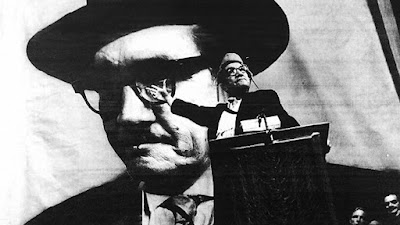 I’m Art Kumbalek and man oh manischewitz what a world, ain’a? So listen, I don’t have time to pony up a big honking essay for you’s this week, and I’ll tell you why.
What with the Democratic debates underway, I need time to be mulling who I’d fancy as No. 2 on the Kumbalek president ticket. I also need time to ponder whether or not I’d consider the No. 2 spot on somebody else’s focking ticket. If I did, I can promise I’d provide a heap of contrast to that of former V.P. Dick “Head” Cheney during my vice-presidential reign. I’d restore the American people’s faith in the belief that the vice-presidency is a do-nothing position, which would also contrast with V.P. Pence’s know-nothing approach. I could aspire to nothing more than sitting on my dupa and collecting my big-ass veep paycheck; although, I may consent to attend the occasional fancy-schmancy state dinner for some semi-leader from some godforsaken part of the planet who had come a’ calling looking for an Uncle Sam handout.
And so best I meet up with my campaign brain trust, huddled as we speak, over at the Uptowner tavern/charm school over by the Center & Humboldt there. Tag along if you like, but you cover the first round. Let’s get going.
Emil: Any you’s guys know what “ramparts” are?
Julius: Yeah, ram parts. That’s what they stuff in those sandwich gyros down at the Greek place, ain’a?
Emil: That can’t be right. I’m talking “ramparts,” like in the song you sing at the ballpark, what-you-call, “My Country ’Tis of Thee.”
Little Jimmy Iodine: Any you’s guys coming by me for the Fourth? I got to know how many wieners I got to get.
Ernie: I wish, but no. I got to go by my sister’s up there in Bumfock Washington County ’cause the nephew’s marching in the parade.
Herbie: I feel for you, Ernie. Those high school focking marching bands. there’s not a song been written that those uniformed gangs of pimply faced masturbators with their blaring blugelhorns can’t slaughter, ain’a?
Ray: And speaking of bumfock…
Little Jimmy Iodine: Hey, Artie! Over here. Put a load on your keister.
Art: Hey gents, what do you hear, what do you know.
Julius: I know that if either Trump or his Korean boy-toy pay more than a buck-two-eighty for a haircut, they’re getting big-time screwed.
Art: So, you’s guys dream up some ideas for my campaign ads yet?
Little Jimmy: I don’t know what kind of president ads you should have that people will pay attention to. The only thing that sells on TV is sex and the violence, I hear.
Herbie: So what’s the problem? Here’s the TV spot I got in mind: You have Artie dressed up like Uncle Sam wearing a Packer jersey walking down a rain-slicked street. On either arm he’s escorting a lady, and I say they be gorgeous Vegas showgirls to represent the yearnings of the working-class male voter. Out of the dark, four middle-aged white guys in suits show up. They look like fat-cat donor lobbyists who just got expensive haircuts, what the fock. They start messing with the ladies, waving big wads of cash and talking Tea Party shit. Artie excuses himself to the ladies and proceeds to kick the ever-loving crap out of this gang of four, and to drive home the message, then pistol-whips the quartet into unconsciousness. As the sun cracks the horizon and birds start a’ chirping, each gal lip-locks a Kumbalek cheek as Artie stares into the camera and says, “I’m fighting them so you don’t have to. Like it—or lump it.”
Art: Abso-focking-lutely, Herbie. In 30 seconds, I’ve reached three important voting blocs. One: the WrestleMania crowd who go for action, admire hotsy-totsy ladies and always root for the good guy to come out on top. Two: the ladies who feel safer having the government as protector rather than corporate-style clowns who believe equal-pay for equal-work is about as feasible as bicycles for fish. And three: the gun crowd who’d understand I was no candy-ass when it came to preserving the honor and well-being of my cherished ones.
Ernie: Now all you need is a good overall slogan, something strong yet focking personal.
Little Jimmy: Mister Truman had “Give ’em Hell, Harry!” How ’bout for you Artie, a nice simple “Go to Hell!”?
Art: It’s direct, all right.
Ray: How about “Go to Hell, Artie!” It’s always more effective to work the name of the candidate into the slogan, what the fock.
Art: True, but I think you just came up with a slogan for the voting public to use, a slogan that could never become yesterday’s news, a slogan for all seasons: “Go to Hell, (Insert Name of Republican Candidate Here)!”
(It’s getting late and I know you got to go, but thanks for letting us bend your ear, ’cause I’m Art Kumbalek and I told you so.)

From: https://shepherdexpress.com/advice/art-kumbalek/f-bombs-bursting-mid-air/
Posted by The Sheriff at 5:00 PM