Ford workers break their silence on faulty transmissions: 'Everybody knew'

"Good people tried to make it work. But you can’t violate the laws of physics," engineer says of defective transmission. 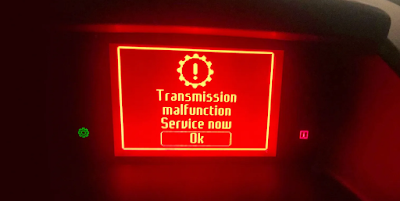 They knew the truth and kept quiet.

Their secret wasn’t a secret at all in engineering, product development, research, design or manufacturing within Ford Motor Co., say seven current and former employees who worked to develop and launch the Fiesta and Focus cars that would become known for defective automatic transmissions.

“My hands are dirty. I feel horrible,” said an engineer who played a key role in developing the popular compact cars.

“You think of the gentleman who stood up for the space shuttle Challenger, saying if they launched that with the ice on it that it’s going to blow up. Well, these kinds of really horrific technical errors seemed to pass right through at Ford on this project,” the engineer said.

Asked whether the company ignored early warnings from its experts, Ford said the "vehicles were safe when they were introduced after rigorous testing during development, and remain so today after more than a decade on the road and billions of miles accumulated by customers around the globe."

The engineer said: “We’d raise our hands and be told, ‘Don’t be naysayers.’ We got strange comments. It seemed the ship had sailed. After that, if you ask questions, you’re accused of mutiny, so you put your head down and make it work. Good people tried to make it work. But you can’t violate the laws of physics. It’s a mechanical catastrophe.”

He was referring to the DPS6 dual-clutch "PowerShift" transmission used in 2 million Focus and Fiesta cars sold this decade that is the subject of massive litigation and a federal criminal fraud probe.


"It was cheap to make and cheap to assemble," the engineer said, but because the DPS6 used "dry" clutch technology, it couldn't cool itself, ensuring failures in real-world use.