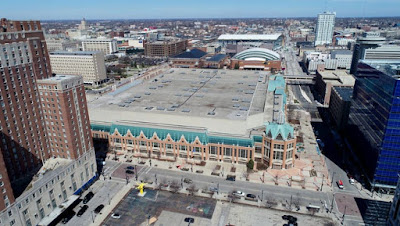 Members of the Milwaukee Common Council on Friday raised concerns that the federal agents President Donald Trump plans to send to Milwaukee could pose challenges during the Democratic National Convention.
"The new dynamic is the reality of what's going on in Portland, the reality of what's about to happen in Chicago and the reality about what's threatening to happen in Milwaukee that may very well coincide with the time we have the DNC," Ald. Milele Coggs said at a city meeting Friday.
Federal agents have been criticized for their response to protests in Portland, where they have been accused of using excessive force and arresting protesters without probable cause. Federal officials dispute the allegations.
News broke Thursday that Trump would be sending federal agents to Milwaukee as part of the U.S. Department of Justice's Operation Legend, which recently brought more than 200 federal officers into Kansas City after a 4-year-old boy was shot and killed.
Matthew D. Krueger, U.S. attorney for Wisconsin's Eastern District, said Friday the federal officials coming to Milwaukee will focus on violent crime, illegal gun cases and slowing the city's rising homicide rate — not responding to protests or civil unrest.
Federal law enforcement was already scheduled to be present in Milwaukee specifically for the DNC.
Ald. Robert Bauman questioned what would happen if those federal officers assigned to the DNC were to confront protesters, despite plans that federal officials would be inside an area that would require credentials to enter.
Read more: https://www.jsonline.com/story/news/politics/2020/07/24/federal-agents-coming-milwaukee-concerns-alders-dnc-draws-near/5498772002/
Posted by OrbsCorbs at 2:26 PM