GOP Rep. Liz Cheney was censured in her home state of Wyoming because she voted to impeach then-President Trump in January.

The motion, which passed on Saturday, called on Cheney to “immediately resign from her position” and for her to “immediately repay donations” made to her campaign by the Wyoming Republican Party. The state party will withhold future political donations from her. The vote was about 56 votes in favor and eight against, though no official tally was taken, the motion said, according to Forbes.

The GOP lawmaker responded to the censure in a statement to the Washington Examiner, saying that her “vote to impeach” the president was “compelled by the oath I swore to the Constitution. Wyoming citizens know that this oath does not bend or yield to politics or partisanship.”

"I will always fight for Wyoming values and stand up for our Western way of life. We have great challenges ahead of us as we move forward and combat the disastrous policies of the Biden administration,” she said. “I look forward to continuing to work with officials and citizens across Wyoming to be the most effective voice and advocate in defense of our families, industries and communities.” 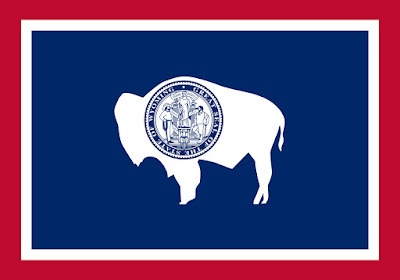 Posted by Clint Teeters at 6:46 AM