The US Senate has failed to gather enough votes to convict former President Donald Trump, after a Democrat-led impeachment trial. Trump had been accused of "incitement of insurrection" after his supporters rioted on Capitol Hill.

The Senate voted 57-43 on Saturday in favor of impeachment, falling short of the 67 votes needed to comprise the constitutionally required two-thirds majority.

Democrats managed to win two more Republican votes, compare to when the Senate voted in late January to go forward with the trial. Still, only seven Republican Senators broke ranks with their party to find Trump guilty.

The five Republicans who voted to hold the trial – Mitt Romney (Utah), Susan Collins (Maine), Lisa Murkowski (Alaska), Ben Sasse (Nebraska) and Pat Toomey (Pennsylvania) – also voted to convict Trump. They were joined by Bill Cassidy (Louisiana) and Richard Burr (North Carolina). Toomey and Burr have announced plans to retire, so they won’t have to face the prospect of Trump’s campaigning against their re-election in 2022.

Trump was impeached last month, for the second time, over his words to supporters on January 6, when he encouraged them to "fight like hell" against what he maintained was a "rigged election."

Though Trump had urged his followers to protest the certification of the election "peacefully and patriotically, "some of these supporters went on to force their way inside the US Capitol, with the ensuing riot briefly halting the certification process. One Trump supporter was shot dead by Capitol police, a police officer died in unclear circumstances, and three other participants died of "health emergencies" during the fracas. Two police officers committed suicide in the days following the riot. 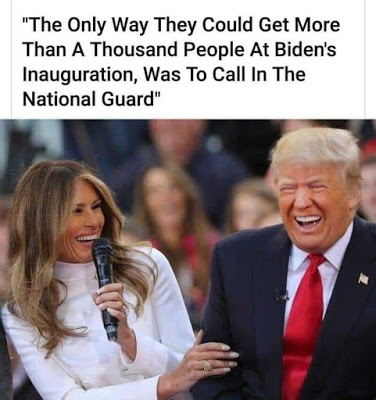 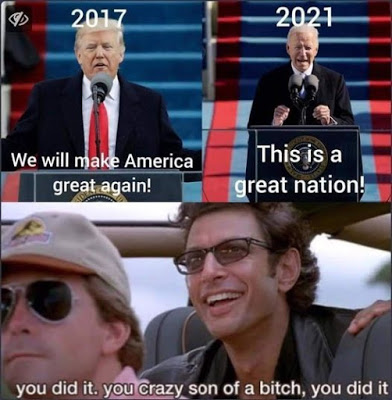 Posted by Clint Teeters at 5:56 AM