In yet another great example of government efficiency, Miami Beach is prepping for a Spring Break Covid crackdown. Don't check your calendar. Yes, it's 2021.

It's ironic, since last year - you know, before we even had vaccines and understood fully just how deadly (or not deadly) Covid was - Miami Beach was the go-to place to skirt restrictions and party as though nothing was going on. But now this year - as we are literally weeks away from herd immunity in the country - Miami is prepping to lay down the law.

The only thing that'll keep Miami open, to some degree, is a statewide executive order that makes it impossible to shut down bars and clubs. Instead, they will run at no less than 50% capacity, according to the Wall Street Journal.

But Miami Beach is going to be taking a "zero tolerance" policy for the restrictions it does put in place. Miami Beach Mayor Dan Gelber (who is, of course, a Democrat), said earlier this week: “We could potentially see a truly outsized spring break at a time when the last thing we want are major gatherings.”

This policy means more police officers and code-compliance staffers enforcing bans on alcohol and boom boxes on the beach, and a midnight curfew. In addition, "music at venues can’t exceed ambient noise levels". Because, you know, that'll stop the virus. 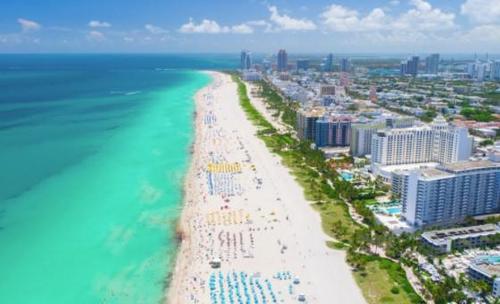 And so, as people do, citizens of Miami are adapting and moving many of the parties to boats and yachts. The city said it'll be "clamping down on those that lack proper licenses or violate noise restrictions" on the water.

“If you are coming here with an anything-goes party attitude, change your flight reservation now and go to Vegas.” 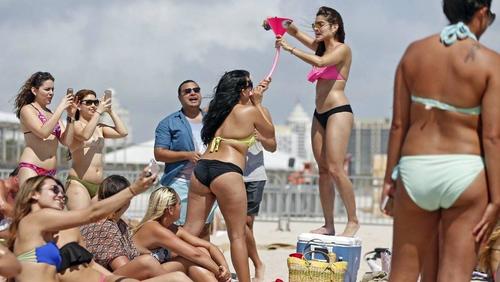 We're sure those trying to make a living off of hospitality and leisure in the city appreciate his suggestions.

Regardless, it doesn't look like the city has been intimidated too much. Events planned in the city for spring break include a mansion party called “Miami Gone Wild 2,” another party called “Bikini Palooza” and, of course, a “Booze Cruise”.

One traveler in Miami, 23 year old Quinaysa Shirikico, told the Journal: “We just needed a vacation away from the city. We needed some heat in our lives.”

Promoter Ernesto White has said that demand is strong for events. He is working on several private pool parties and boat and jet-ski parties. “My phone has not stopped ringing. South Beach is going to be jam-packed crazy,” he said.

From: https://www.zerohedge.com/markets/miami-beach-preps-spring-break-covid-crackdown
Posted by Clint Teeters at 8:52 AM