But twice a month, Nunn and his cousin Cam Powell take their work on the road, bringing the barber shop to Mitchell Elementary school.

Families are able to sign up their student for a free haircut. Twice a month, the school is buzzing with nothing but delight.

“What’s up young man,” Nunn said greeting a student coming in for a haircut. “How are you doing?”

It’s a new program at Mitchell and the brainchild of the school’s youth advocate Jamario Farr Sr.

“It’s so much more than just a haircut,” he said.

Farr Sr. came up with the idea about a year ago when he discovered the root of why some kids were getting in trouble was something they didn’t necessarily have control over. 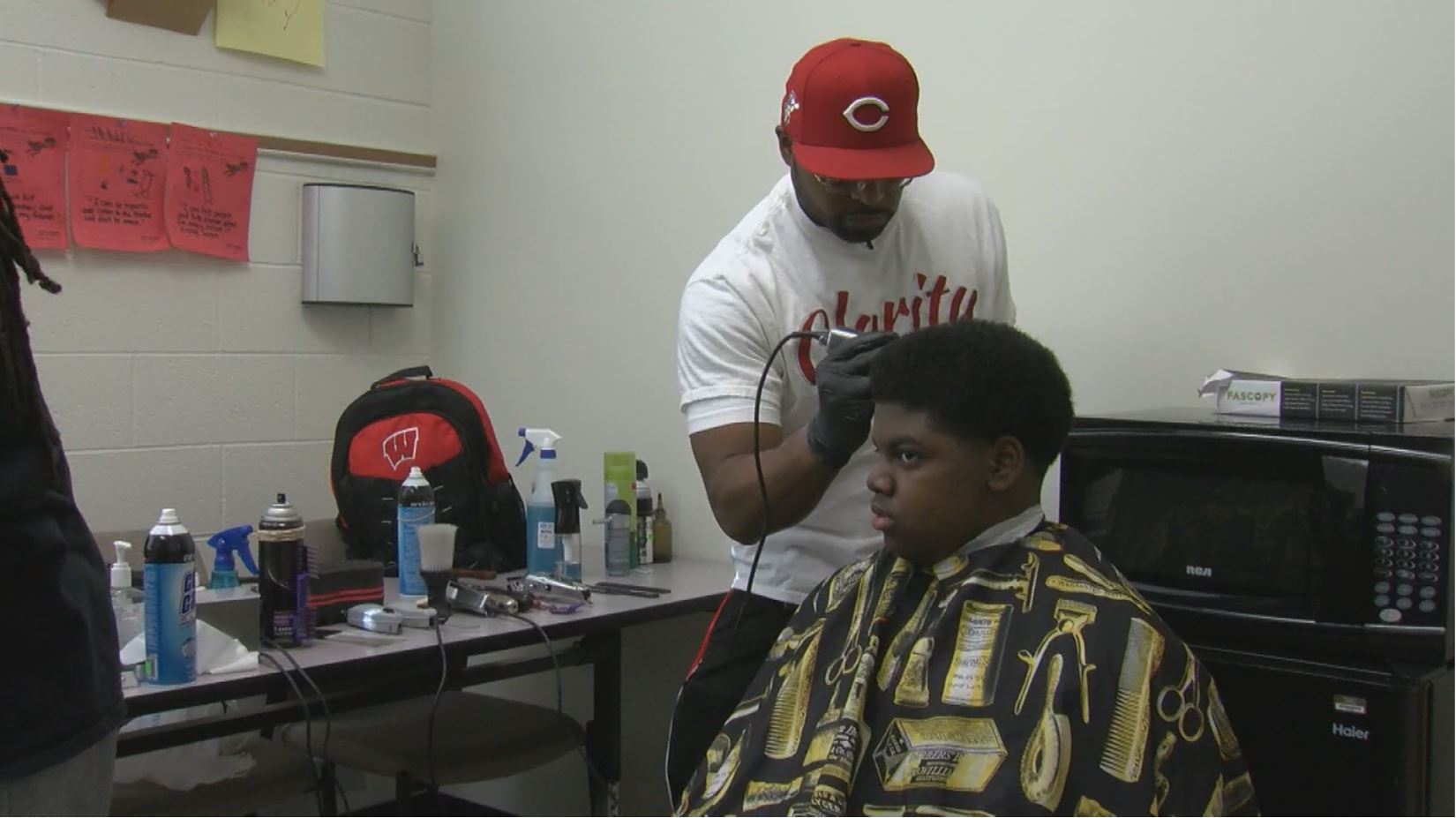 Barber Cam Powell is a former student at Mitchell Elementary School
“I learned that a lot of them were struggling with self-image,” he said.

He posted a plea to Facebook and said Nunn and Powell responded within minutes willing to donate their time free of charge.

“Mainly because this is all of our community,” Nunn said.

In between letting strands of self-doubt fall away and blending spirit with style lies meaningful conversations that second grader Phillip enjoys most.

“I do feel amazing,” Phillip said.

When you get a good haircut, it builds your confidence,” Nunn said.

You can catch more of this story this weekend on CBS 58 Sunday Morning starting at 7 A.M.