All five victims were transported to the hospital, according to Racine Police Public Information Officer Sgt. Chad Melby. The conditions of the victims were unknown as of 11:30 p.m. Tuesday, Melby said. Police had not released the names or any information about the victims at that time.

At 7:20 p.m. when the shooting occurred, about a mile away hundreds of people were gathered outside the Racine County Courthouse chanting in support of justice for George Floyd, who was killed by police in Minneapolis. Around an hour before that, hundreds stood in silence, honoring Floyd.

While police said they didn't know of any association between the shooting and protests that also occurred on Tuesday evening in Racine, tensions were high that night as people flocked to Michigan Avenue to see what was going on after the report of the shooting, with some people shouting at each other.

One man, who was on Michigan Avenue at the time of the shooting, but declined to give his name, said he saw a group in the parking lot near North Beach.

A dispute occurred in the parking lot and multiple people started jumping on top of a truck. The truck then sped off and smashed into a Jeep. At some point someone started randomly spraying bullets at people.

Sad - just sad. North Beach is one of my favorite places to bicycle to.

RACINE — Multiple Downtown Racine businesses this week have boarded up windows in an attempt to keep them safe in case violence breaks out here in connection to the death of George Floyd in Minneapolis.

On Monday, several individuals reported that caches of rocks and bricks were hidden Downtown. No violence erupted on Monday night, but shops left the boards up on Tuesday as a precaution.

Kelly Kruse, Executive Director of Downtown Racine Corporation, said Racine Police and Racine County Sheriff’s officials had swept the Downtown area trying to remove any caches of items that could be use to destroy private property. DRC informed business owners so they could take measures to protect their storefronts.

On Monday, Dee Hutch and Will Reynoso, owners of Focus 21 Studios, 345 Main St. and employee Luke Ekstowicz were standing outside keeping an eye on the situation shortly after the second protest of the day kicked off down the street. Hutch, who also works at Black Hand Tattoo, 406 Main St., said both shops moved all their equipment to another location, just in case. 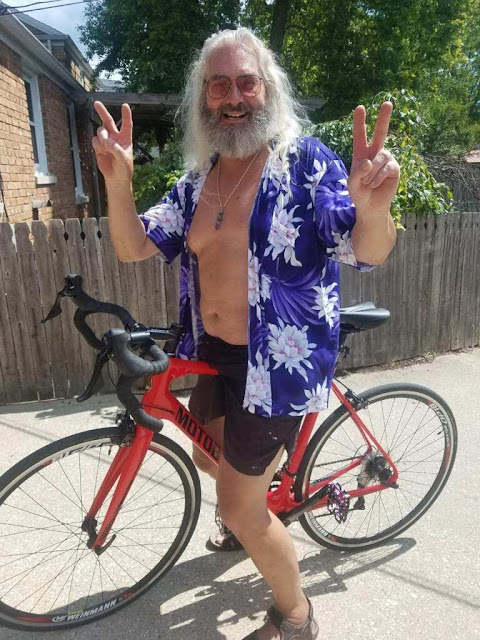 Posted by Clint Teeters at 8:26 AM